After the Clásico, how did Xavi change the face of Barcelona in 134 days? 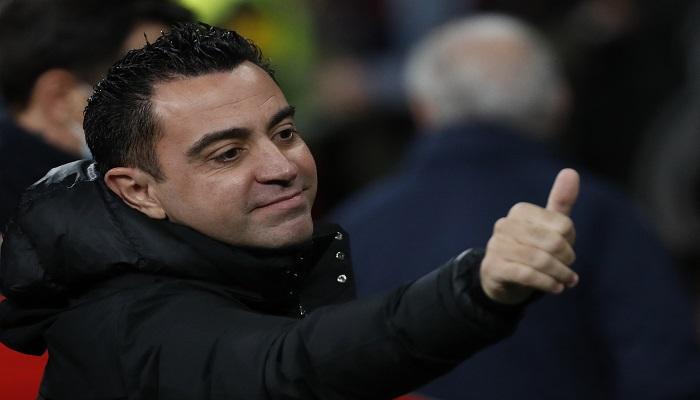 Barcelona manager Xavi Hernandez not only won the hearts of the Blaugrana fans when he was a team player, but he also holds a prominent position as a manager.

From when he sat on the Barcelona bench on November 6, 2021, to the artistic orchestra that he presented in the heart of the “Santiago Bernabéu” and beat the traditional rival Real Madrid in the Clásico by four, Xavi managed to change the face of the Catalan battalion in just 134 days.

And it is that one of the legends of the Catalan club came to Barcelona throughout its history, and took charge of his training from matchday 14 of the Spanish league competition, and the team was then in ninth place , very far from the Champions League. seats, and even closer to the landing areas.

But 4 and a half months did not go by, but Barça was not only present in the semifinal battle, but also 3 points behind runner-up Sevilla, with one less game for Barcelona, ​​​​and despite their early exit from the League Champions of the group stage, became the most prominent candidate to win the European League title.

The highlight of the Blaugrana improvement under Xavi is continuity, as the team won 11 games, drew 4 and lost just one, with a total of 37 goals scored by their players, compared to 14 conceded.

An identity that cannot be abandoned

It is very difficult not to hear Xavi say words like ‘model’, ‘style of play’ or ‘possession game’ in a press conference. He always talks about a football in which the team insists on being faithful to its “identity”, through advanced high pressure, the search for spaces between the lines, as well as possession of the ball.

The task of recovering the identity created by Dutch legend Johan Cruyff and copied by Pep Guardiola was not an easy one, as Xavi was surprised during his first weeks as team manager by the tactical retreat that hit the team at the time.

The Bernabéu website confirmed that the players understood their coach’s style, which was the reason for the team’s success in the last three decades.

A mix of young and old.

When Xavi decided to accept Barcelona president Joan Laporta’s offer last November, he made no secret of the “friendship” he had with the great players and former teammates on the pitch, such as Sergio Busquets, Gerard Piqué, Jordi Alba, Sergi Roberto and Marc-André ter Stegen.

Xavi did not sacrifice any of the old guard, but he also put his trust in the elements that represent the future of the team like Pedri and Ronald Araujo.

With the transfer of the explosive youth energy, which lacked the experience of winning titles and big dates, the adults managed to return the smile to the faces of the Catalan fans, who had been absent due to the successive failures of recent years against Juventus, Rome. , Liverpool, Bayern Munich and Paris Saint-Germain.

Reinforcements of the Winter Market

In this technical boom, the role of the new agreements with which the Catalan team supported its ranks in the last Winter Mercato cannot be overlooked, despite the salary crisis that Barcelona suffered due to the repercussions of the outbreak of the pandemic del Corona, but this did not happen. prevent Laporta from entering the winter transfer market with force to support Xavi’s technical options.

The management of the Catalan club spent some 55 million euros, in addition to variables, to bring in the promising winger Ferran Torres from Manchester City, the loan of star Adama Traore from Wolverhampton, and the two great Brazilian stars Dani Alves and the Gabonese Pierre-Emerick Aubameyang in two free transfer offers. 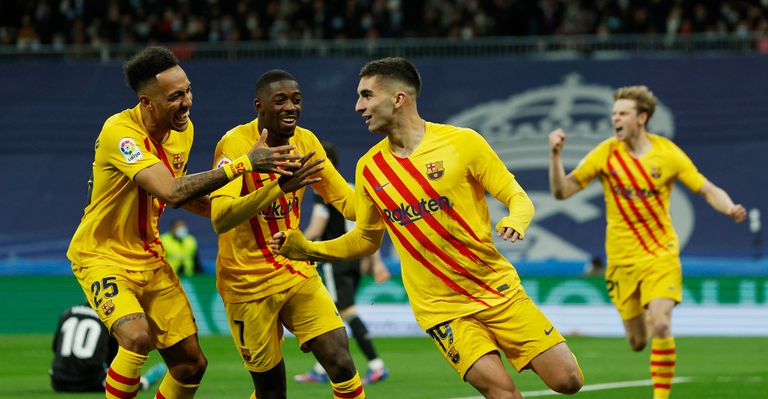 Specifically, Aubameyang proved to everyone that it was a profitable business, despite the way he left Arsenal over differences with Spanish manager Mikel Arteta, but he quickly expressed his goalscoring ability, scoring 9 goals in 11 games for the team, including the historic double which led Barcelona to a great victory over Real. Clean square.

Since the arrival of winter aid, Barcelona have scored 40 goals in 17 games this year, at an average of 2.3 goals per game, compared to the average for the first half of the season, which was 1.2 goals per match.