After Spain, France praises the proposal for the autonomy of the Moroccan Sahara 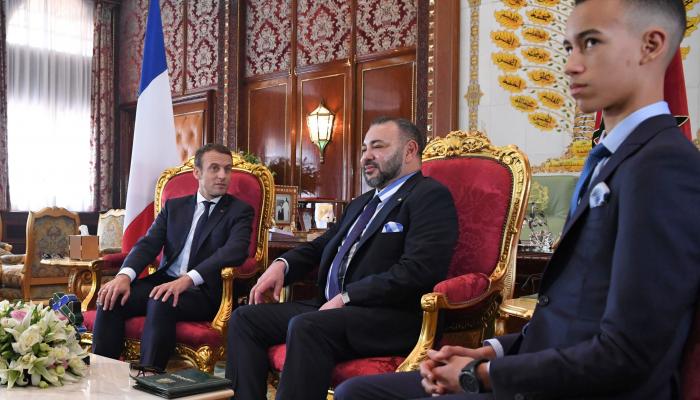 After Spain praised autonomy as a solution to the Moroccan Sahara conflict, the French Foreign Ministry said it considered the proposal a basis for a serious and credible discussion.

MAP quoted a French Foreign Ministry spokeswoman confirming the French position on the Moroccan Sahara issue, which is to “find a just and lasting political solution acceptable to the parties, in accordance with United Nations Security Council resolutions United”.

From this perspective, adds the French diplomacy, the Moroccan autonomy scheme constitutes a basis for a serious and credible debate.

“France is committed to establishing good relations between its European partners and its neighbors on the southern shore of the Mediterranean. It is through dialogue that common challenges can be overcome,” stressed the spokeswoman for French diplomacy.

This announcement comes after the adoption by Spain of an official position in which it recognizes that the Moroccan initiative for autonomy constitutes the most serious, realistic and credible basis for the solution of the dispute over the Moroccan Sahara.

The European Union today praised the current rapprochement between the Kingdom of Morocco and Spain, in the context of the latter’s historic change of position on the Moroccan Sahara.

European Union spokeswoman Nabila Mesrali said the bloc “commends any positive development between its member states and Morocco in their bilateral relations, which is beneficial for the implementation of the Euro-Moroccan partnership as a whole,” according to the Agency. Moroccan.

On the subject of the Moroccan Sahara, the spokeswoman reiterated the position of the European Union expressed in the joint statement with Morocco issued in June 2019.

This declaration affirms “the bloc’s support for the efforts of the Secretary General of the United Nations to continue the political process aimed at reaching a political solution to the question of the Sahara; Fair, realistic, pragmatic, durable and acceptable to all parties.

The spokeswoman explained that “any solution must be based on consensus in line with the resolutions of the UN Security Council, especially Resolution 2602 issued on October 29, 2021”, and pointed out that “it is important to preserve the stability of the region ”.

The Spanish Government announced this Friday, in a letter sent by its president, Pedro Sánchez, to the Moroccan monarch, King Mohamed VI, its support for the proposal for the autonomy of Moroccan Sahara.

The letter described the Moroccan proposal to resolve the Sahara conflict as “the most serious, realistic and credible”, underlining “the importance of the Sahara issue for Morocco”.

For its part, the Kingdom of Morocco valued the new Spanish position on the Moroccan Sahara file.

This came in a statement from the Moroccan Ministry of Foreign Affairs, commenting on the letter sent by the Spanish Prime Minister, Pedro Sánchez, to the Moroccan King Mohammed VI.

The Ministry of Foreign Affairs, African Cooperation and Moroccans Living Abroad affirmed that the Kingdom of Morocco values ​​very positively the positive positions and constructive commitments of Spain on the question of the Moroccan Sahara.

Eleven months after leaving Madrid, the Rabat ambassador returned to the exercise of her diplomatic duties in the Spanish capital.

And the Spanish news agency “Effi” quoted the Moroccan ambassador in Madrid, Karima Benyaich, the news of his return to work.

Karima Benyaich expressed her satisfaction at returning to Madrid to resume her diplomatic missions there.

In this regard, the Moroccan ambassador said that “it is a great pleasure for me to return to work in Madrid and to be able to strengthen relations between the two countries”.