After Putin’s decision, gas in exchange for the ruble, the “punishment pact” has entered a new stage 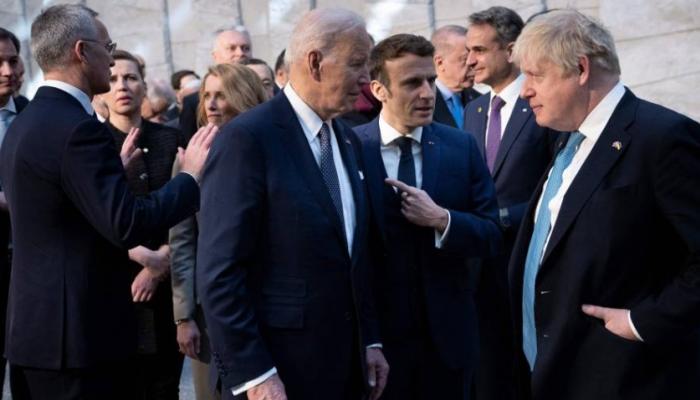 It seems that the conflict between the West and Russia will intensify, despite Moscow’s decision to accept payments for the sale of Russian oil and gas to “enemy” countries only in rubles.

This was made clear in the last few hours immediately after the Russian president announced that he had ordered the Bank of Russia to develop a mechanism for natural gas payments in rubles within a week, in a meeting with his government, while Russia – which branded the United States, the United Kingdom and members of the European Union as hostile countries – said it would continue to supply gas to meet orders.

US President Joe Biden will announce new sanctions against Russia during his trip to Europe, the first outside the US since the war in Ukraine began.

US President Joe Biden and world leaders will participate in three summits in Brussels focused on pressuring Russia to end its war in Ukraine.

“What we’d like to hear (from Washington’s allies) is that this joint assertiveness that we’ve seen over the last month will continue for as long as it takes,” National Security Adviser Jake Sullivan told reporters on the plane. who was headed to Brussels. .

Thus, on the occasion of his visit to Europe, Biden will join “US allies to impose new sanctions on Russia and strengthen existing sanctions” to avoid being mocked by Moscow, as Sullivan said.

He added that the US president “will also work with allies to make long-term adjustments” to NATO’s presence in Eastern Europe.

Energy agreement between the United States and Europe on the horizon

“Reducing Europe’s dependence on Russian gas is a top priority for the president and his European allies, that’s all, plus a practical roadmap on how to do it, the steps that need to be taken, what the United States can contribute and what Europe has to do on its own,” Sullivan said. .

“This has been the subject of intense discussion in recent days and weeks, and we have more to say on this topic, particularly on Friday,” Sullivan added.

Difficulties in the implementation of the Russian decision

For their part, oil market analysts and economists revealed great difficulties in implementing the Russian president’s decision, especially given the extension of the sanctions imposed on Moscow, in addition to the commitment of most importers to their current long-term contracts that do not are based on payment. in rubles

In an interview with Sky News Arabia, Cyril Widdershofen, an expert in the oil and gas sector and the founder of Ferosi, an investment management and financial consulting company, said that Putin’s statements “will not work on the ground, as the most of the current Russian gas importers will honor their current long-term contracts, which are not based on or provided for in payment in rubles.

Widdershofen added that “if Moscow sticks to this decision, there will be a major breach of contracts, which means the need to start negotiations to sign new contracts in fact. Given the current point of view taken by Europe, this will not be easy.” . process, even if it is taken into account by any of the imported European countries.

“Currently, already prominent natural gas importers, such as Italy, have expressly refused to even consider this option,” he continued.

“In general, the dollar is the real currency used to exchange goods in more than 90% of international transactions, with the euro coming in second place, while the strength of the ruble in international financial markets is almost non-existent,” Wiedershofen explained. .

Egypt and Algeria are competitive alternatives to Europe

On the impact of the Russian decision, Widdershofen revealed that “on the part of consuming countries, this does not represent a threat at the moment, since spring and summer are usually the season in which there is no real internal demand for shipments. additional. , Putin’s statements can be linked to the need for European countries to refill their existing gasoline tanks for the summer.

Looking at the parties that stand to benefit from this decision, Widdershofen said, it is possible to rely on gas from Egypt or Algeria to fill the void left by the Russian decision.

Ika Korhonen, economic analyst and director of the Institute for Emerging Economies of the Bank of Finland, agreed with this opinion, since he sees the difficulty of implementing this decision, “since importers have to convert the value of the contract in dollars and euros to Russian “. rubles, while the West is currently tightening its sanctions against Moscow.

“In order to implement this decision, exporters must already return 80% of their export earnings, while they are supposed to be replacing the dollar and euro with the Russian ruble in Moscow, and customers will now have to do so,” Korhonin told Sky. Saudi News.

Habeck indicated that he would discuss with European partners a possible response to Moscow’s announcement about gas payments, which are usually paid in dollars.

It should be noted that the data of the Russian company “Gazprom” indicates that 58% of its sales of natural gas to Europe and other countries until the end of January were settled in euros, while the dollar accounted for about 39% of total sales. , and the British pound about 3%.

- Advertisement -
Share
Facebook
Twitter
Pinterest
WhatsApp
Previous articleCooper Kupp sat courtside at the Lakers game on Wednesday night
Next articleWarren Buffett is now betting on oil companies: This stock could be his next opportunity