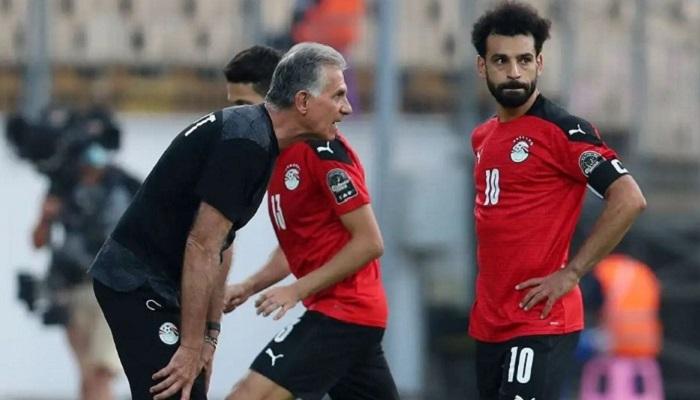 Portuguese coach Carlos Queiroz, coach of the Egyptian national team, is holding his breath as injuries began to plague his players ahead of Senegal’s two-place World Cup qualifier.

The Egyptian team will play two crucial games against Senegal in the decisive day of the African qualifiers for the 2022 World Cup. The first leg will be played on March 25 in Cairo, and the match will resume after 4 days in Dakar, to determine the team qualified for the World Cup in Qatar.

Queiroz is facing a major crisis represented in the stress experienced by Egypt’s international players and the high number of injuries they have been exposed to in the recent period.

Mohamed Salah, captain of the Egyptian national team, was recently injured during his team’s match Liverpool against Brighton in the English Premier League.

However, all press reports confirm that Salah’s ankle injury does not appear to be a concern and that he will be ready for Senegal’s two crucial matches.

For its part, the Egyptian club, Pyramids, announced in an official statement on Monday the diagnosis of the injury to its player Ramadan Sobhi, who suffered during the match against Sfaxien of Tunisia in the Confederations Cup.

Pyramids’ statement said their player is suffering from a pool of blood around his right knee, and that his injury requires a two-week treatment and rehabilitation program, to confirm that Ramadan Sobhi is absent from the games in Egypt and Senegal.

Player Mahmoud Hassan Trezeguet was also left out of Basaksehir’s squad for Monday’s game against Antalyaspor in the Turkish League due to injury.

Turkish reports indicated that Trezeguet is suffering from pain in his lower back, pending the results of the latest medical tests that the Egyptian player will undergo.