After McDonald’s closed its stores due to the war: the Russian fast food chain copies the logo with the golden M 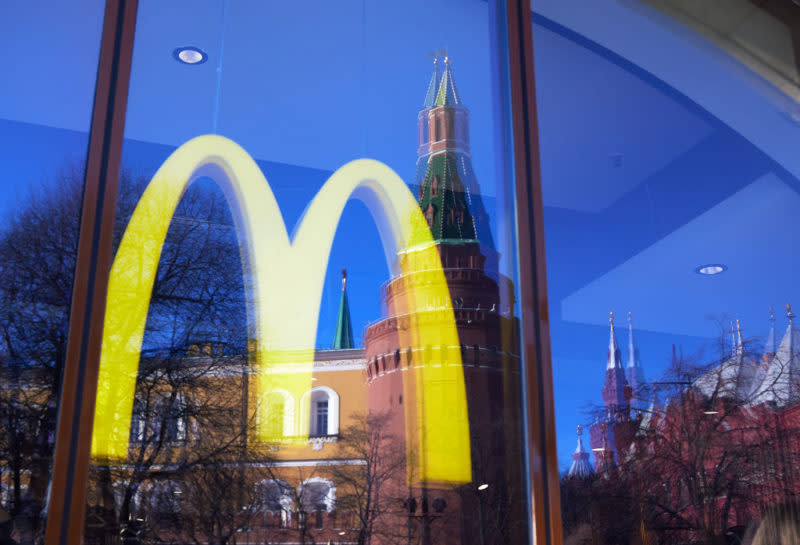 Russian fast food chain Uncle Vanya has unveiled a logo that bears a strong resemblance to McDonald’s iconic golden M. On Saturday, Uncle Vanya filed a trademark application with the Russian government that included a proposed logo: the stylized Cyrillic letter “W” (similar in appearance to the Latin B) with the words “Uncle Vanya” underneath in Russian.

The letter “W” in the logo represents the word Vanya. However, the design is very similar to McDonald’s gold “M”, only turned sideways. The design featured by Uncle Vanya also uses the red and yellow color scheme associated with the McDonald’s brand.

The filing came three days after McDonald’s announced it would indefinitely close more than 800 of its restaurants in Russia. Following the announcement, many Moscow residents were seen grabbing one last meal from McDonald’s. One particularly large fan even chained itself to a branch to keep it from closing. Utensils such as cutlery, menu items and bags of sugar from the US fast food chain were later offered at astronomical prices on the Internet.

“McDonald’s has announced that they are closing. Tomorrow there will be no McDonald’s, but Uncle Vanya’s,” Vyacheslav Volodin, chairman of the Russian Duma, the lower house of the Federal Assembly in Russia, told the Washington Post last week. Uncle Vanya will now establish himself as McDonald’s Russian counterpart. Both Uncle Vanya’s trademark attorney, Alexander Leonov, and McDonald’s representatives did not immediately respond to requests for comment from Business Insider.