After his conversion to Islam… 5 facts about Thomas Partey, the Arsenal star 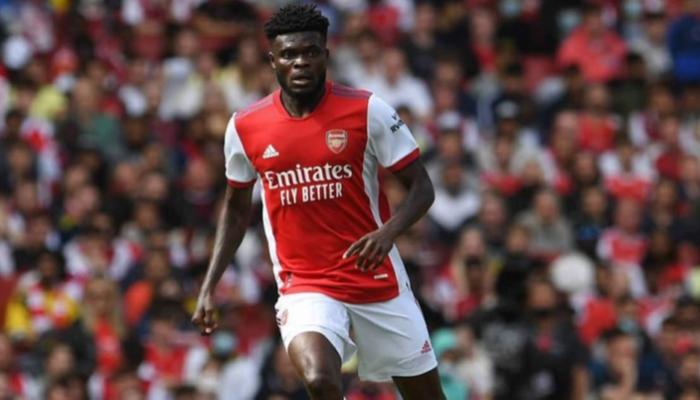 Ghanaian midfielder Thomas Partey has become the center of attention in the last few hours after the news of his conversion to Islam broke.

And the “muslimathletes” account on the “Instagram” website published a photo of a legal authorized man accompanied by the Ghanaian international, commenting on it: “Thomas Partey converts to Islam today… God bless my brother”.

The post included a reference to the official account of the Arsenal star, who has yet to comment on the news, not even through his social media accounts.

Barty appeared in the images holding the Koran, accompanied by one of the preachers, who works as an accredited legal representative in London.

Who is Thomas Barty?

Barty is 28 years old, was born in Odomas Krupo and is 1.85 centimeters tall.

Barty began his professional career in Spanish territory, where he was loaned by Atlético de Madrid to Real Mallorca and Almería between 2013 and 2015, before returning to the Rojiblancos, in which he played for 5 consecutive years.

Barty got the opportunity to play internationally representing Ghana in 2016 after he appeared for Atlético in his first season with the first team, to become a mainstay in the Black Stars squad in recent years, to appear with him in 38 games, in which he scored 12 goals.

Barty’s journey with the rojiblancos crowned him with 3 titles, while he lost the Champions League title when he fell in the 2016 final at the hands of Real Madrid.

With the 2020-2021 season kicking off, Arsenal moved to sign Barty in the dying hours of the Summer Mercato, to include him for £45m, the value of the penalty clause in his contract with his former club.