After disarming a naval mine, Turkey resumes navigation on the Bosphorus 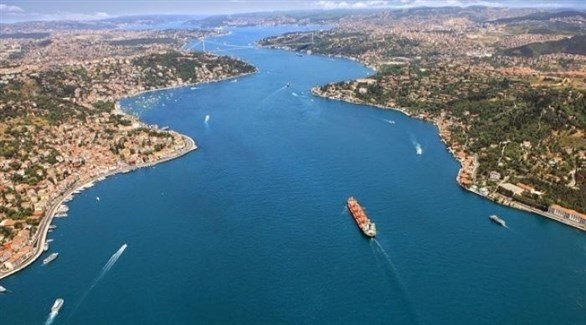 Turkey resumed maritime traffic in the Bosphorus Strait on Saturday, after suspending it for about four hours, after discovering an object that authorities believe may be a lost sea mine.

Turkey’s Anatolia News Agency quoted Defense Minister Hulusi Akar as saying that a team of divers had “disarmed” an old sea mine floating in the Bosphorus Strait.

This came shortly after Russia issued a warning that several naval mines had been washed up from Ukrainian ports into the Black Sea.

Akar said that Turkey is communicating with the Ukrainian and Russian sides in this regard, adding that the navy has been put on alert about this danger.

Earlier on Saturday, Turkey’s Defense Ministry said a team of divers had found a “mine-like object” floating north of Istanbul.

Turkey’s Defense Ministry said in a tweet that competent authorities had secured the body and started work to “neutralize” it. He added that a merchant ship was the first to detect the body.

It should be noted that the Bosphorus Strait is an important trade channel connecting the Black Sea with the Mediterranean Sea.

According to the Coastal Safety Directorate, an average of more than 40,000 ships cross the strait annually.

When President Recep Tayyip Erdogan was asked about the possibility of the mines reaching Turkish waters, he said this week that the necessary steps are being taken.

Earlier this month, Ankara restricted access to the Bosphorus and Dardanelles straits in the country’s southwest against Russian warships in response to Russia’s invasion of Ukraine.

Under the 1936 Treaty of Montreux, Turkey took control of the Bosporus and Dardanelles straits.

While merchant ships can pass through the straits freely in peacetime, warships face certain restrictions.