After calls from countries: refugees must be distributed 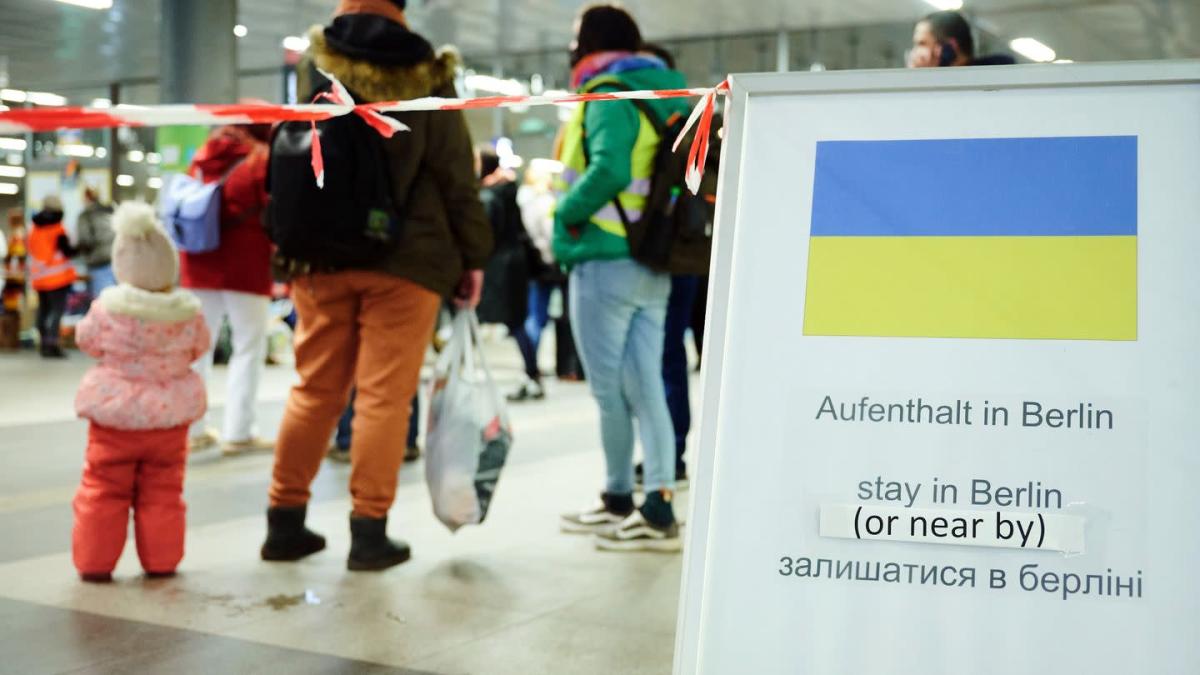 Berlin (dpa) – After more and more municipalities complained about bottlenecks in the accommodation of war refugees from Ukraine, at least some of them should now be distributed to the individual federal states.

Federal Interior Minister Nancy Faeser (SPD) said on Friday after a meeting with the interior ministers of the federal states and representatives of the municipal umbrella organisations: “We agreed this morning that we will now increasingly use the Königstein key to distribute these refugees to the states that are not privately housed and cared for by family or friends.”

The so-called Königstein key is used to assign asylum seekers to federal states. It is legally possible to apply this to the reception of refugees from Ukraine. Faeser had said on Wednesday after a special session of the Bundestag Interior Committee that this was not initially necessary. Many state governments see it differently.

Since the beginning of the war, the federal police have identified 109,183 people entering Ukraine. The majority, 99,091 people, are Ukrainian citizens, according to the agency. Since Ukrainians can enter without a visa and there are no fixed border controls with Poland, for example, the number is likely to be higher. It is also unknown how many refugees have already traveled from Germany to other EU countries.

Berlin’s ruling mayor, Franziska Giffey (SPD), called for admission processes to be more clearly regulated. The situation in the capital is now so tense that the refugees were housed in the exhibition center for the first time on Friday night. Her plan is to convert the old Tegel airport into a “reception and distribution center”. It is also about housing 3,000 people so that they can sleep there first.

As announced on Friday, the city of Berlin submitted a request for administrative assistance to the Ministry of Defense and requested support from the Bundeswehr in receiving refugees. The request for administrative assistance was received by the Berlin State Command, confirmed a spokesman for the Territorial Task Command. Thousands of refugees arrive in Berlin every day, and the Senate expects some 15,000 people to arrive in the coming days.

Rhineland-Palatinate Head of Government Malu Dreyer (SPD) said it was good that there is now coordination with the federal government on issues related to refugee accommodation. It is important “that we can do better.” That is why refugee care must also be discussed at the Prime Ministers’ Conference next week.

Union: Berlin behind the foreseeable events

The Union again required that all war refugees be registered. “Many municipalities are already short of beds and some furniture stores have already been bought empty,” said Vice President of the Union faction, Andrea Lindholz. “Pregnant women, young children and elderly people with physical disabilities must sleep on folding beds in emergency shelters, that is not possible,” she added. “The federal interior minister has been chasing foreseeable developments for weeks,” criticized the CSU politician. Faeser must now “finally begin to lead.”

According to the UN, more than 2.5 million Ukrainians have sought refuge abroad since February 24. Most initially stayed in neighboring countries.

New talks have been agreed for the next few days with the German Association of Cities, the Association of Districts and the Association of Towns and Municipalities in order to best coordinate the reception and care of the refugees, Faeser said. For her, it is important that refugees quickly receive social benefits, medical care and access to the labor market, the minister emphasized. She is in close contact with Labor Minister Hubertus Heil (SPD).

The name Königsteiner Schlüssel dates back to the Königstein State Agreement of 1949, which regulated the financing of scientific research institutions. Numerous treaties and agreements now use this key. It consists of two-thirds of the tax revenue and one-third of the population of the federal states.