After being used in Ukraine, what are hypersonic missiles? 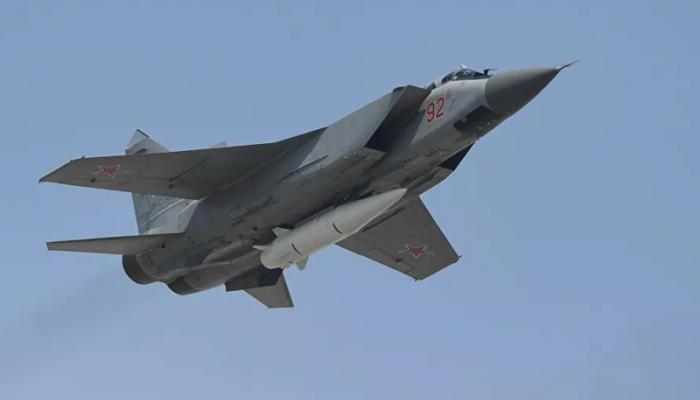 Russian hypersonic missiles enter the war line in Ukraine in developments that constitute a turning point in the course of the conflict and send multidimensional messages.

And last Saturday, Russia said it had used hypersonic missiles against Ukraine, in an announcement later confirmed by US President Joe Biden during the quarterly meeting of the Business Roundtable Association.

According to the American newspaper “Washington Post”, such missiles fly at more than 10 times the speed of sound and have not been used in combat before.

The Kremlin announced that Russian forces launched hypersonic missiles again, this time from airspace over Crimea, destroying a fuel storage facility in Ukraine’s Mykolaiv region, according to a Russian Defense Ministry statement.

The “Washington Post” said that weapons experts and the US and British governments have downplayed the importance of Russia’s hypersonic capabilities and the degree of importance of their use on the battlefield.

How do hypersonic missiles work?

There are two main types: hypersonic cruise missiles, which are powered by ultrasonic compressors, which are high-speed motors, and hypersonic glider vehicles, which launch from a missile and glide toward their targets.

The “Washington Post” referred to the “Kinzal” (Russian for dagger), which is a maneuverable air-launched ballistic missile, and is a modified version of the Russian “Iskander” missile.

“Iskander missiles have already been used in the (Russia-Ukraine) conflict many times, but they were launched from the ground. It’s very similar,” said Tom Karako, director of the Missile Defense Project at the Center for Strategic and International Studies. , was quoted by the newspaper.

Karako, co-author of a report titled “Complex Air Defense: Addressing the Hypersonic Threat,” noted that there are other types of missiles that re-enter the atmosphere at hypersonic speeds.

He noted that what people mean when they say hypersonic is a weapon “capable of maintaining hypersonic speeds for a long time.”

The Iskander and Kinzhal missiles can follow low trajectories and maneuver, making it difficult to detect their destination, specific target and trajectory, and “complicates the defense task,” Karako said.

According to Russian media, the Kinzhal missiles can reach speeds of Mach 10, which is 10 times the speed of sound. Moscow tested this weapon in July 2018, when it was fired from a modified MiG-31 fighter, US intelligence cites in a Congressional Research Service report issued on March 17.

The missile hit a target at a distance of about 500 miles, while the report stated that the “Kinghal” could be equipped with a nuclear warhead and was also capable of hitting land and sea targets, but warned that the performance characteristics of the weapon had not been verified by US intelligence and that analysts were skeptical. The missiles are meant to evade advanced defenses.

Russian President Vladimir Putin unveiled the Kinzhal missile during a televised speech ahead of the 2018 presidential election.

At the time, the Pentagon downplayed the significance of Putin’s speech, saying US assessments already took Russian weapons capabilities into account.

Russia, China and the United States have the most advanced hypersonic weapons programs, but other countries such as Japan, Germany, India and Australia are also developing them.

Russia has been pursuing hypersonic weapons since the 1980s, but stepped up its efforts in response to Washington’s withdrawal from the Anti-Ballistic Missile Treaty in 2002 and the deployment of US defensive missiles in the United States and Europe.

Apart from Kinzhal, Russia is working on two other hypersonic weapons programs: the 3M22 Tsirkon and the Avangard.

The United States has been researching and developing hypersonic weapons under the Navy’s conventional fast-attack program, as well as other Air Force, Defense Advanced Research Projects Agency and Army programs.