After 8 days without a destination: the yacht of the Russian oligarch Roman Abramovich sails off the Turkish coast 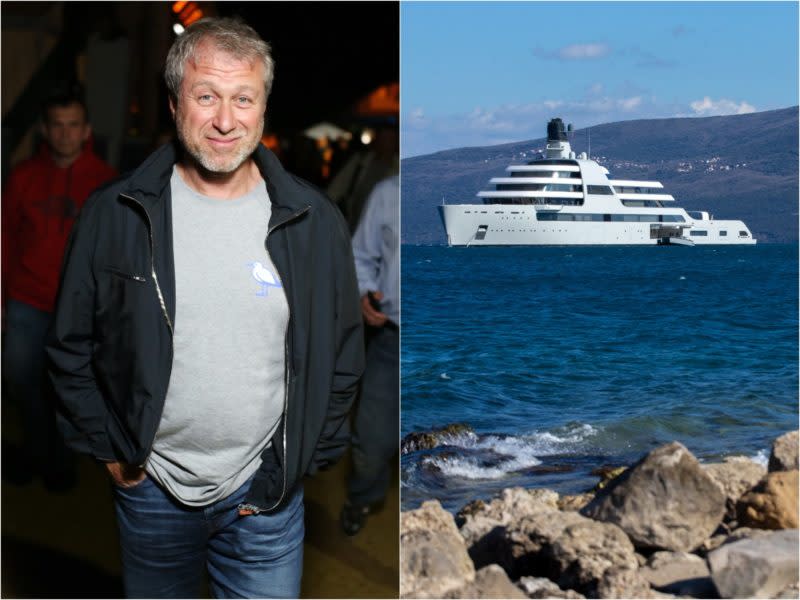 Russian billionaire Roman Abramovich’s luxury yacht Solaris has changed status for the first time since leaving port. The yacht does not appear to be planning to drop anchor at this time, according to data from the ship-tracking tool MarineTraffic. The ship had been sailing for eight days without a destination.

The 140-meter-long, $600 million Solaris was heading west off Turkey’s southwestern coast on Monday, according to tracking website MarineTraffic. On the same day, the website announced a change in the ship’s status: from “awaiting instructions”, which the yacht had been displaying since leaving the port of Tivat in Montenegro on March 13, the status jumped to “cruising” – not yet specifying a destination port.

Georgios Hatzimanolis, a spokesman for MarineTraffic, told Business Insider that while yachts and ships can change their status at any time, in this case Solaris is “probably using it to confuse people about what their final destination is.” . There is a lot of speculation about whether the destination is in Turkey, Israel or maybe even the United Arab Emirates, Hatzimanolis continued.

In the course of the Ukrainian war, sanctions were imposed on numerous oligarchs. European countries, such as Italy and France, have seized yachts, private planes and other assets belonging to various sanctioned oligarchs in the process.

Abramovich was sanctioned for the Ukraine war

Abramovich, whose net worth estimated by Bloomberg is around $13.6 billion, has also been sanctioned by the European Union and Britain. For him, this means in concrete terms that his assets are frozen and he is no longer allowed to do business in these countries.

His yacht, the Solaris, has been moored at the shipyard of the Spanish yacht maintenance company MB92 in Barcelona since the end of 2021. He left the shipyard on March 8, just before Abramovich was sanctioned. Other oligarchs also tried to protect their expensive yachts and private jets from confiscation by relocating them to other countries.

Abramovich’s other superyacht, the $700 million Eclipse, was off the coast of Crete, a Greek island in the Mediterranean Sea, on Monday, according to MarineTraffic: The yacht has been sailing since February 21.

This article was translated from English by Luca Schallenberger. You can find the original here.