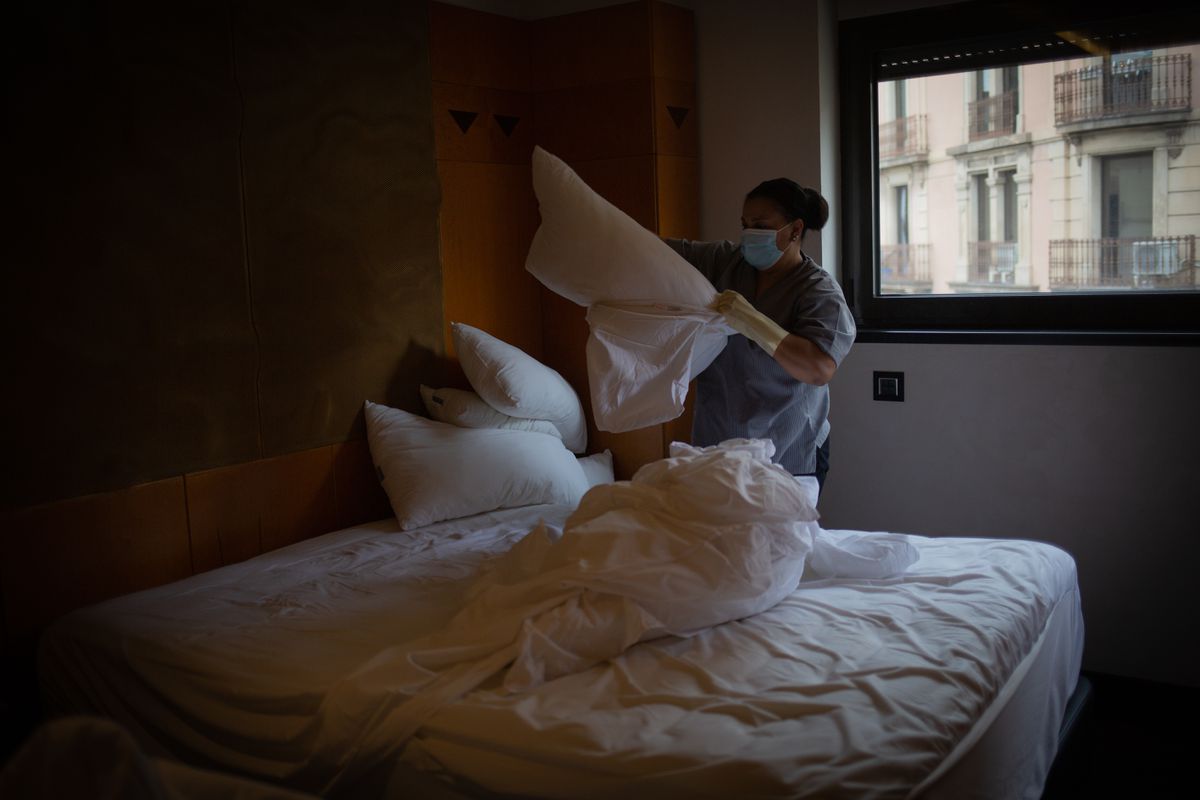 As a result of a patriarchal and sexist culture that devalues ​​domestic work and justifies societal practices of discrimination against domestic workers; Millions of women dedicated to this work are subjected to a range of acts of violence, including sexual violence, human trafficking and even femicide; as well as other types of abuse such as non-payment of wages or payment of wages below the statutory minimum wage, denial of food, excessive working hours without days off, exploitation and harassment at work, various forms of slavery, psychological and emotional abuse.

In addition, the practices inherited from colonialism and slavery continue to permeate the region, as there is a racialization of paid domestic work, where those who are exposed to these working conditions day by day face gender-based violence, racism, social exclusion and discrimination in the exercise of their exposed to labor mainly Afro-Latin, Afro-Caribbean and Indigenous women and girls; a situation that can be exacerbated by migration and displacement.

According to ECLAC data, only in Ecuador is one in five women doing paid domestic work Afro, while in Brazil 68.4% of paid domestic workers are Afro. In countries like Bvia, Brazil, Colombia, Costa Rica and Ecuador, Afro women are the majority of those doing paid domestic work compared to non-Afro women. While in Uruguay 72% of employed Afro women are dedicated to housework. These figures reflect the racial, socioeconomic, and gender inequalities suffered by Afro-Latin and Afro-Caribbean domestic workers in the hemisphere. Given the precarious situation of labor rights and structural discrimination, the COVID-19 pandemic has had a greater impact on the lives of paid domestic workers in the region due to the lack of social security benefits and the loss of 25-50% of workers, according to figures from UN Women impacting their families’ economies. Thus, the pandemic has highlighted the urgent need for states to ensure health insurance and unemployment benefits for all domestic workers.

Since 2011, the International Labor Organization (ILO) has promoted Convention No. 189 on the Improvement of Working Conditions and Elimination of Abusive Practices Against Domestic Workers. Currently, 18 of the 35 countries that have ratified the Convention are in Latin America and the Caribbean. However, a pattern of abuses against women persists in the hemisphere; Evidence of this is the high regional rates of gender-based violence in general and against domestic workers in particular.

At the same time, the Inter-American normative framework – notably the American Convention on Human Rights, the San Salvador Protocol, the Belém do Pará Convention and the Inter-American Convention against Racism, Racial Discrimination and Related Forms of Intolerance – establishes obligations to eliminate discrimination and violence based on sex and gender ethnic origin to ensure the effective enjoyment of all their rights, including the right to decent and just working conditions. However, the legal frameworks and public policies in force in some states do not take into account international standards on this matter.

On the International Day of Afro-Latin, Afro-Caribbean and Diaspora Women, we reaffirm the commitment of States to ensure decent and equal working conditions for the more than 14 million female domestic workers in the region, and in particular we call for combating racial patterns Discrimination that persists in domestic work, affecting Afrost women in the region. We recognize the importance of their work and their contribution to the economy and to providing for families in the hemisphere.

We emphasize that domestic workers, women of African descent, Afro-Latin, Afro-Caribbean and Indigenous women have the right to a decent life, decent work, equal conditions and a life free of violence.

Margaret May Macaulay She is the IACHR Commissioner and Rapporteur on the Rights of People of African Descent and Against Racial Discrimination.

- Advertisement -
Share
Facebook
Twitter
Pinterest
WhatsApp
Previous articleHouse of the Dragon: SDCC 2022 Extended Trailer – we’ll show you the new version!
Next articleThe price of electricity rises by 2% this Monday and remains above 250 euros for the third day in a row