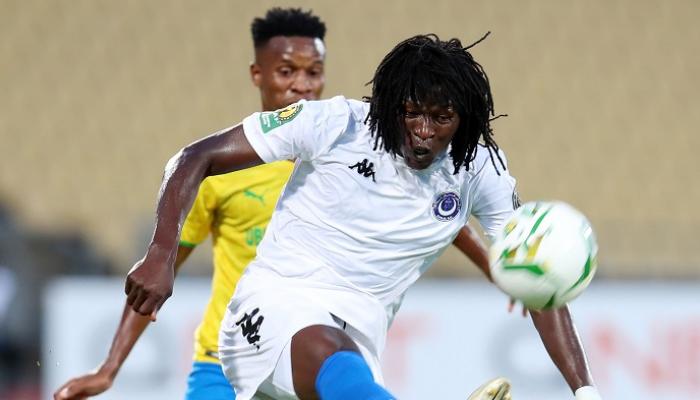 South African side Sun Downs continued their victories in the African Champions League by recording their fourth group victory at the expense of Al Hilal of Sudan.

During the match that was played (Saturday) at the Al Hilal Stadium, the owners of the field failed to achieve a victory to secure their chances of qualifying for the quarterfinals of the African Champions League before the last day, after falling against the Sun Downs he trains with 4 goals to one, in the fifth day of groups.

Sun Downs started the match strongly from the first minute, despite securing qualification for the quarter-finals (Friday) after Al-Merreikh of Sudan lost 1-3 to Egypt’s Al-Ahly, where he scored his first goal at Al-Hilal in the second minute through Peter Shaluli.

Although he played the game with a player from the 11th minute, after his player Brian Onyango was sent off, Sun Downs added the second goal in the 30th minute through Tibuho Mukyana, before Al Hilal tried to close the difference in the minute 57 through Yasser. Al Zamel.

Sun Downs ended Al Hilal’s hopes after scoring the third goal in the 60th minute through Thabello Morena, before the latter finished off the quartet in the 89th minute to end the home side’s hopes of a positive result, and the South African team continued their triumphs in the tournament.

With this victory, Sun Danes raises its score to 13 points occupying the first place in the first group, 8 points ahead of Al-Ahly, the second place, while Al-Marikh and Al-Hilal remain in the third and fourth place. with 4 points. .

In another match of the fourth group, the Egyptian Zamalek, who said goodbye to the tournament early, presented his brother Wydad Morocco after a goalless draw with their host Petro Atlético de Angola.

Zamalek imposed their logic on Petro Atlético, to prevent them from getting a victory and moving away from the head of the group, and giving Wydad the opportunity to take the lead if they defeated Angola’s Sagrada later (Saturday).