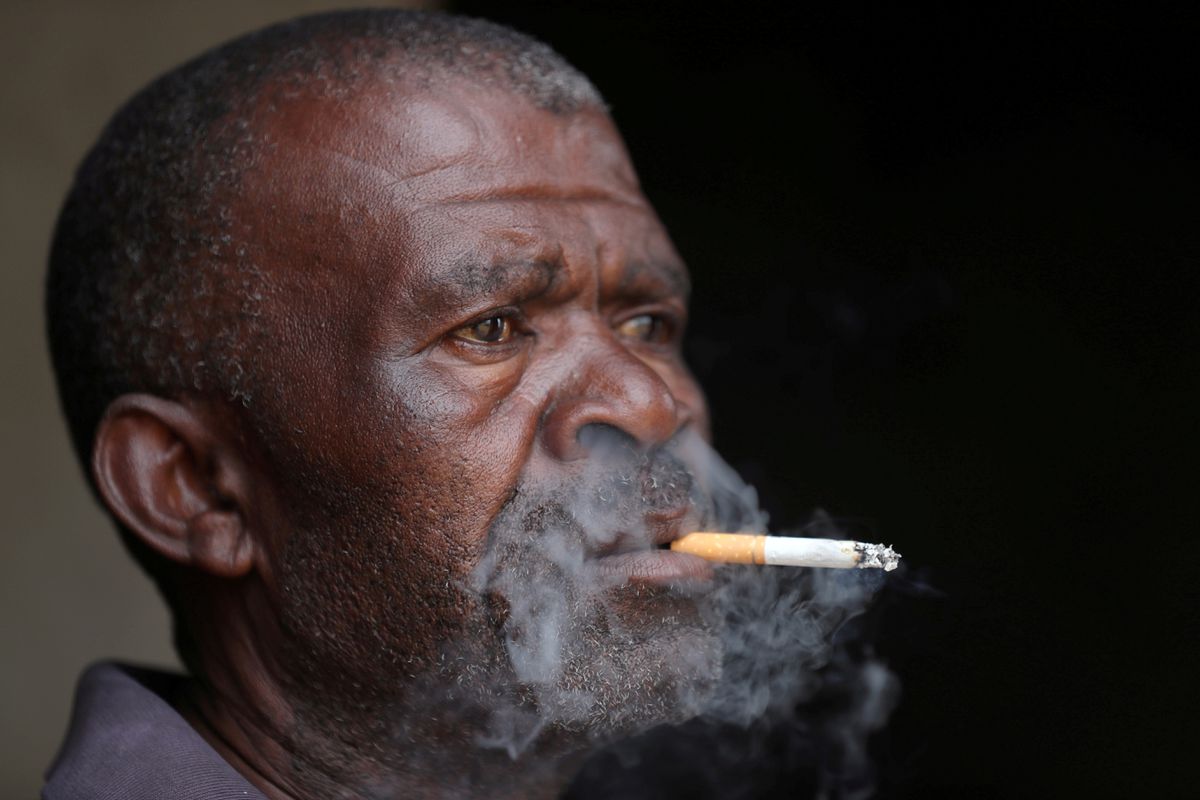 Fewer and fewer cigarettes are being lit around the world. The smoking rate has declined slightly in recent years, rising from 22.7% of the population in 2007 to 19.6% in 2019, according to data the Tobacco Atlas prepared by Vital Strategies and the University of Illinois. This setback is due to measures such as the adoption of marketing restrictions, awareness campaigns, the ban on smoking in public places and, most importantly, the imposition of high import duties, which affect the price of a pack. In many African countries, however, the trend is reversing and smoking is increasing. The strategy of this industry is clear: the less developed countries with lower taxes and a very young population are their target.

Mamadou Diagne leans against the wall of a half-built house in the Ouakam district of the Senegalese capital. The young insurance agent slowly pulls a lighter out of his pocket and lights his first cigarette of the morning. He affirms that he smokes about five or six more or less a day. “I buy them loose at the store next to my house. My wife doesn’t like it when I smoke, especially because of the kids, so I enjoy them on the street,” he says as he exhales the smoke. Buying it doesn’t involve a lot of hassle: a pack of a well-known American tobacco brand costs a little over one euro, a ridiculous price compared to that of most developed countries, which has hardly changed in recent years.

Senegal passed a landmark tobacco control law in 2014 because of its harshness in the West African region. Eta specified restrictions on smoking in public, regulated packaging and labeling to include images of the medical effects of smoking, measures to prevent the tobacco industry from interfering with national health policies, and banned all forms of advertising, promotion and sponsorship. “But the law is one thing, reality is another: we see that many of these regulations are being relaxed or not being complied with,” says economist Demba Moussa Dembelé. “The government doesn’t want to bother importers. The most effective measure would be to increase taxes and apply really tough restrictions. We see a lot of young people taking up smoking, it’s a growing trend,” he adds.

Wherever high tariffs are introduced, the consequences are almost immediately visible: prices rise and consumption falls, which in turn has two other effects: health expenditure from smoking decreases and revenue increases, which, if managed properly, they contribute better to medical care of the population. According to the Tobacco Atlas, for a 10% cost increase, the decline in the habit is 4% in countries in the Global North, while the decline in low- and middle-income countries is 5%. The World Health Organization has called for tougher fiscal measures to tax cigarettes, but the response in Africa remains insufficient.

The Tobacconomics team of economists at the University of Illinois produces regularly the rating system for the cigarette tax, a four-criteria ranking that measures the effectiveness of tobacco tax policies and is expressed through an index ranging from zero to five, with zero representing no tax and five representing a comprehensive tax policy with excellent results. In its last 2020 report, the African continent continued to rank at the bottom with an average score of 1.64, although improving slightly from 1.30 in 2018. Within Africa, Botswana emerges as the toughest country against consumption with a 4.3 score and Liberia, which has introduced the most reforms, from 0.5 to 3.13. None of the other countries exceeds three points.

“Senegal has lost its leadership position in the anti-tobacco fight in recent years due to a lack of political will,” Djibril Wele, executive secretary of the Senegalese League Against Tobacco, said on May 31. This lack of initiative is felt across the continent. In Cameroon and Burkina Faso, similar civil society groups have noted the growing presence of outlets near schools; In Kenya, Chad and the Central African Republic, taxation on this product is so low that a straw costs less than a plain candy.

If current trends continue, Africa will have 80 million new smokers by 2025

“The tobacco industry and importers are part of the elite, they have great potential to put enormous pressure on those in power and ensure that regulations, if any, are relaxed or laxly applied, especially in more economically dependent countries,” Dembelé added added . If current trends continue, the number of smokers in Africa will increase to 80 million people by 2025, making it the region of the world with the highest number of new smokers in the context of a global habit decline. Experts say that behind these numbers is population growth, but above all the aggressiveness of the industry in markets with enormous potential.

According to a study by the University of Bath in the UK, this policy began as early as the 1990s. “Tobacco companies have strategically planned their expansion into Africa for more than two decades, aggressively and consistently seeking to capitalize on these profitable opportunities. To expand their customer base, they target potential new smokers marketing Advertising, especially women and younger groups. Often the methods of marketing and selling their products, such as sponsorship of youth-oriented events, involve a violation of international frameworks and even of the industry’s mandatory marketing principles.

The WHO’s Framework Convention on Tobacco Control, launched in 2005, has encouraged many governments around the world, including Africa, to adopt restrictive regulations. The reality, however, is that smoking rates are declining in developed countries while Africa is engaged in a trade war in which companies seem to be winning some battles. “Tobacco kills and has enormous health costs. We can stop this epidemic with proper policies,” adds Demba Moussa Dembele. “Africa does not have to be the lifeboat of the tobacco companies at the expense of the health of the citizens.”

- Advertisement -
Share
Facebook
Twitter
Pinterest
WhatsApp
Previous articleMexico will pay for the funeral and repatriation costs of the Mexicans who died in the Texas truck
Next articleSexual dysfunctions: everything that physiosexology can do for you