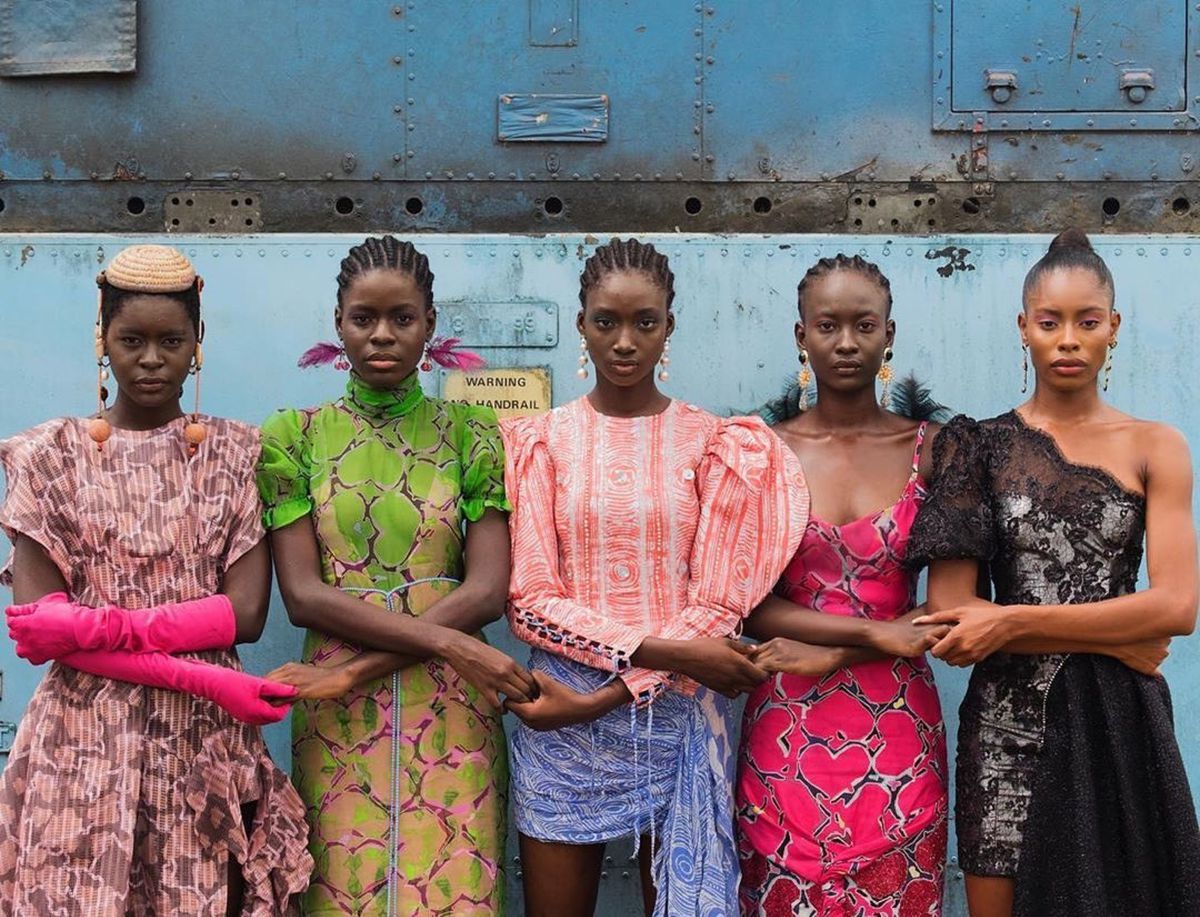 It’s an ordinary Saturday morning, but an unusual elegance flows through the corridors of the Victoria & Albert Museum in London. Among the caps and shorts of the heated tourists, women with hats, long dresses, men with three-piece suits stand out… Their outfits are not out of place, they are going to a celebration: the first African fashion exhibition has arrived at the design institution par excellence, for for the first time in its 170-year history.

“Finally, the story of African fashion is being told from a diverse perspective,” he explains. Christine Chekinskacommissioner of African fashion. “[La muestra] it’s late but it’s more than an exhibition; it is a first step towards a more inclusive institution,” he asserts, adding that the staging has been cemented over the past two years by hundreds of conversations with people on the continent and in the diaspora. “We focused on cultural abundance versus the reductionist concept of scarcity,” he says. With the exhibition, the museum acquires 70 new pieces and commits to continue its ongoing work with creatives from the continent. “While we can’t undo 100 years of miscategorization and undervaluation overnight, I hope people see our exhibition as an important step forward,” he says.

The pattern is late, but it’s more than an exhibition; it is a first step towards a more inclusive institution

Summarizing the inventive genius of an entire continent in one exhibition is no easy task, but neither is your task. The exhibition, which brings together 45 designers from more than 20 countries, draws on Pan-Africanism, an ideal that aims to unite people of African descent and in this case celebrate what unites them and recognizes what makes them different. “We want to provide an insight into the glamor and politics of a fashion scene that is as diverse and varied as the continent itself,” explains Checinska.

The first part of the collection looks at textile identity and is part of the cultural renaissance that began with independence on the continent in the late 1950s and 1960s. We see the Prime Minister of Ghana, Kwame Nkrumah, wearing a scarf kente while proclaiming his country’s independence from British rule in 1957, and Nelson Mandela, wearing his iconic Madiba shirt, brought him closer to the crowd.

Other, perhaps lesser-known, stories from the decolonization era are also taught, such as that of Nigeria’s first modern designer, Shadow Thomas Fahmwho, after studying in London, was a pioneer in opening one business in Lagos for working and cosmopolitan women. It made everyday life easier for them, for example by attaching zippers to the scarf walkthat ties at the waist. His work will be exhibited alongside that of the first generation of African designers such as Chris Seydou, one of the first to climb the mountain Bogolian (a cotton fabric dyed with a special mud) on a catwalk, by the Ghanaian Kofi Ansah or the Nigerian Alphadi, who was also the organizer of the International African Fashion Festival.

The second part presents a diverse current scene. “African creatives – from designers to stylists to industrial photographers – are at the forefront when it comes to cutting-edge global contemporary fashion,” says Checinska. An example is the Nigerian brand orange culture and their androgynous robes. Its founder, Adebayo Okelawal, welcomes this space to end the “imposed stereotypes” he wants to tear down. “I grew up passionate about challenging social norms and using fashion as a platform to fight overblown masculinity. […] We believe clothing should be fluid so that everyone can wear it,” he says via email. The work of the stylist and photographer Gouled Ahmed from Ethiopia also questions the lack of nuance, in this case in depictions of non-binary black Muslims. Her self-portraits mix structured garments from the Horn of Africa with everyday materials that play with notions of identity.

Another section of the sample, afrotopiapresents a see from the collection alchemy, by Thebe Magugu, co-created with Noentla Khumalo, a stylist and healer that focuses on African spirituality and the relationship we have with our ancestors. In addition, the Afrofuturism-inspired model of the Senegalese Selly Raby Kane stands out. The continent’s creatives, the exhibition underscores, are pushing boundaries and engaging in conversations about culture, race, gender and sexuality. Ultimately, they challenge assumptions about who they are and who they can be. “African fashion has been ignored for too long or simply pigeonholed and stereotyped, but it defies definition and every creative person can choose their own path,” says Cameroonian designer Imani Ayissi.

“Slow Fashion” as a starting point

The exhibition does not devote any space to sustainability per se because, as Checinska points out, it is the “point of departure” for creators, their second nature. “Africa has no lessons to learn slow fashion (Slow Fashion),” says the Malian designer Awa Meite, who is committed to a robust textile industry as a motor of progress, who can also set an example for sustainable production. As an example, he cites his country, which is one of the continent’s top cotton exporters but processes only 5% of the total. “This sector creates millions of jobs at the local level, but the living conditions of workers in this sector remain precarious. Our fight is to transform the local cotton industry to create real value.”

The reinvention of textiles, the introduction of new patterns, fibers and dyes, without neglecting the cultural heritage, is also present. The mark NKWO explores ways to use scrap materials in her pieces through the modern stripe weaving technique called dakala. This recycled, hand-woven fabric is stripped and then re-sewn, giving it the appearance of traditional knitwear.

Sometimes the natural beauty of a mineral like salt is enough to create precious jewelry like a necklace. salt of the earth, by the Kenyan Ami Doshi. Others simply give a twist to a piece and open up a dialogue between cultures. Transform a slipper into a sneaker or a burqa into a trench coat, as Moroccan company Maison ARTC did specifically for the museum. Excessive creativity. “The great imagination of Africans is an inexhaustible source of inspiration,” says Meite. “For us, fashion has always been much more than just fashion.”