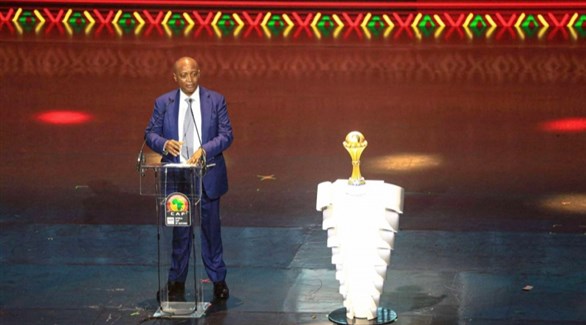 The national teams of South Sudan, Sao Tome and Principe, Eswatini and Lesotho qualified for the group stage of the qualifiers for the 2023 African Nations Championship, to be played in Ivory Coast, after crossing the two round matches today qualifying preliminary, Sunday.

The official website of the Confederation of African Football said that the results of the second legs played on Sunday mean that four of the remaining five places have been reserved for the group stage, with the vacant place to be decided on Tuesday. when the Gambia team faces Chad in the last matches of this round.

Sao Tome and Principe qualified for the next knockout round thanks to their 1-0 win over Mauricio in the first leg, especially as the second leg ended in a 3-3 draw.

Mauricio needed to win by more than two goals to qualify for the next round, but São Tomé, seeking its first participation in the African Championship of Nations, managed to cross it.

Ashley Nazira scored a late signing goal for Mauricio but did not have a significant impact on the final result, especially after Sao Tome and Principe secured qualification for the next round.

Kevin Bro took the lead from a penalty kick for Mauricio, who was down 1-2 at the end of the first half, after Ricardo Cardoso and Luis Leal scored twice in seven minutes to put Sao Tome and Principe ahead.

In the second half, Mauricio fought back and scored the equalizer in the 27th minute through Dylan Collard, but three minutes later Cardoso scored his second and third goals for Mauricio.

However, Mauricio’s fight continued and he managed to score the equalizer, but it was not enough to book a ticket to the next round.

South Sudan also qualified for the group stage, beating Djibouti with a clean goal at Saint Mary’s Stadium in Kampala.

The South Sudanese team owes the credit for this victory to its player Peter Schul, who scored the goal of the match ten minutes into the second half, which gave the South Sudanese team the ticket to qualify for the group stage, winning the home-and-away aggregate 5-2, as they won the first leg 4-2 at the Burj Stadium Arabs in Alexandria, Egypt, last week.

The Eswatini team also qualified for the group stage after defeating Somalia 2-1 in the second leg, to advance to the next round, winning the aggregate of the two-leg games 5-1, as he had won the first leg which took place in Dar es Salaam, Tanzania 3-0.

Lesotho also crossed after beating Seychelles 3-1, as the first leg ended in a goalless draw.