Afghan women after being deprived of education: Our country is a prison 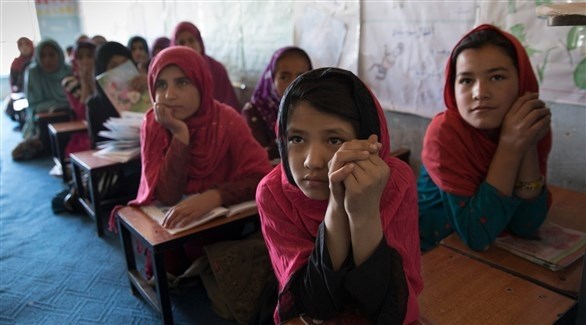 “Afghanistan has become our prison,” say Mallahat, Adiba and Narges, who were happy to return to their classes and meet their comrades, before the Taliban decided to close schools after business hours.

In an unexpected decision, the Taliban on Wednesday ordered the closure of colleges and secondary schools, and the return of thousands of girls to their homes, just hours after the reopening of institutions, with a long-standing announcement from the Ministry of Education.

“Afghanistan has become our prison,” said Malahat Haidari, 11, after hurrying out of Al-Fath girls’ school in Kabul. “I cried a lot,” she added, wiping away tears during an interview at her family’s home in a luxury area of ​​the capital.

“They treat us like criminals just because we’re girls. That’s why they kicked us out of school,” she said.

And the Taliban’s decision reinforced fears among observers that the country’s new leaders will once again ban girls’ education, as they did during their first term between 1996 and 2001.

The return of girls to secondary school followed the return of boys and girls to primary school, and they were allowed to resume classes, two months after the capture of Kabul last August.

The government has not provided any clear explanation for the change in its focus on girls in secondary education.

However, leaked information from a secret meeting of senior Taliban leaders in their southern stronghold of Kandahar on Tuesday night indicated that the reasons ranged from the need for a uniform to outright rejection of girls’ need for education. .

The ministry reiterates that schools will open, but only after new directives are defined.

“Until yesterday, only I did not think that the Taliban had changed, but everyone who was asked,” said Adiba, 13, Malahat’s sister.

“When they sent everyone home, we realized that the Taliban is still the same as it was 25 years ago,” he said.

“We miss our freedom. We miss our classmates and teachers,” added Adiba.

The two sisters are from a wealthy family and their parents are educated and have always encouraged them to study.

Narges Jafri, 14, who lives in another part of the city and whose family is from the minority Shiite Hazara community, believes that educated women make the Taliban feel threatened.

“They think that if we study we will gain knowledge and fight against them,” he said. “They are afraid of him,” she added. She was crying, sitting at a table in front of her books in her family home.

She stressed that it was unfair to see children her age going to school while she was forced to stay home. “It’s really hard,” she said.

The student at Maarafat Secondary School in Kabul recalls the stories her mother, Hamida, told her about the former Taliban regime.

“Earlier I had a strange feeling when he told us how he wore the chador,” she said, “and how women were not allowed to go out without being accompanied by a man.” mind now.”

During the seven months of rule since last summer, the Taliban imposed a series of restrictions on women, excluding them from many government posts, controlling their dress and preventing them from leaving their cities alone.
Several activists demonstrating for women’s rights were arrested.

Hamida was 10 years old when she was forced to drop out of school and is currently worried about her daughter’s future. “Your dreams of her will be shattered,” she said sadly.