According to translators, Spanish publishers did not stop publishing Russian writers after the invasion 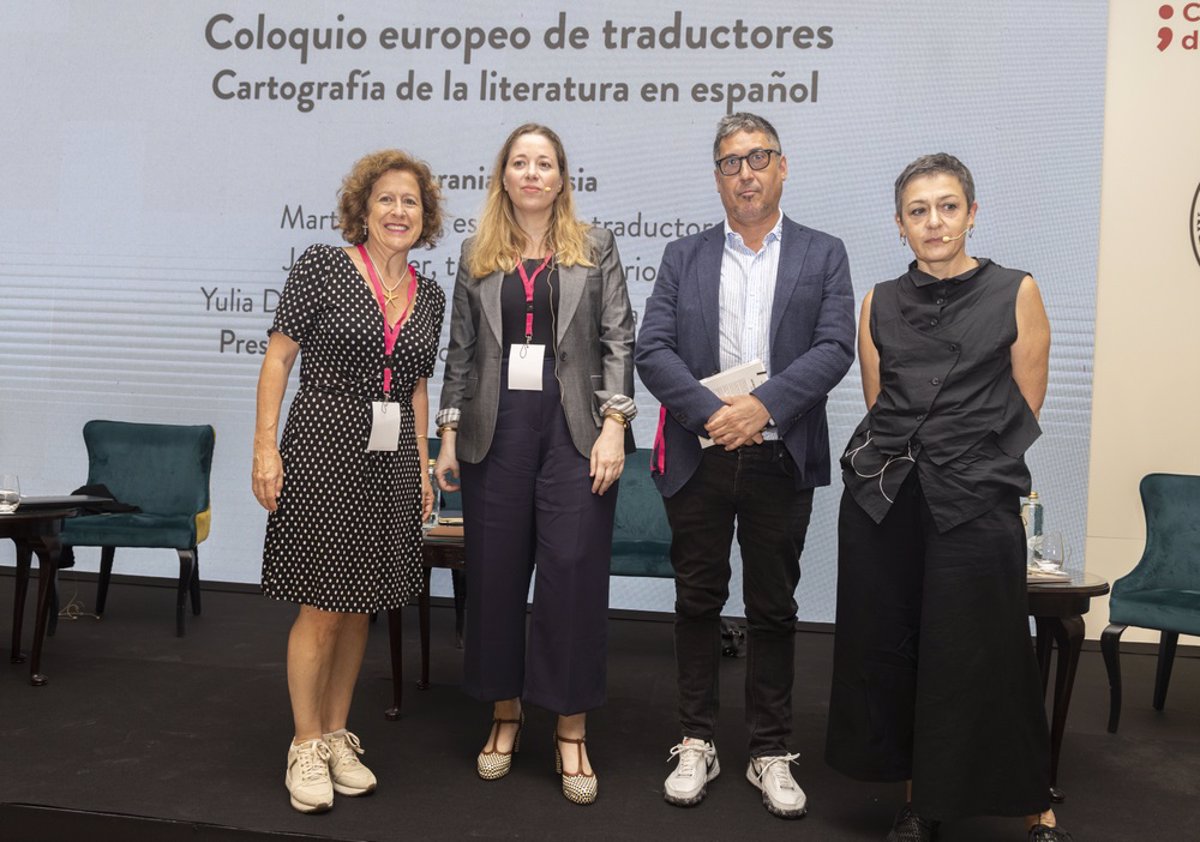 No Spanish publisher has suspended the publication of Russian writers after the Russian military offensive against Ukraine, as revealed by several translators who came together at the first European translators’ colloquium, held as part of the Formentor Prize and Literary Talks taking place this year in Las Palmas in Gran Canaria.

This was expressed by Yulia Dobrovólskaya, the translator and literary agent of the 2022 Formentor Prize winner Liudmila Ulítskaya, while the translator and journalist Jorge Ferrer emphasized that voices like that of the Tatar Guzel Yájina (who already have four editions of his first Roman) or that of Mariya Stepanova, both translated by him into Cliff.

Ferrer added that “the media were looking for translators, precisely as ambassadors of Russian culture, spokespeople for a country’s culture, and who sided with the victims.” “The war has revived the old struggle between Slavophiles and Westerners,” he lamented, while Marta Rebón, also Ulítskaya’s translator, observed that “the great Russian democratic thought is literature, which contains a strong dissident spirit”.

This year’s meeting “could not escape the passion of war,” as expressed by the Director of the Formentor Foundation and President of the Prize Jury, Basilio Baltasar, alluding to the absence of one of the speakers at the table on Russia and Ukraine, Iuri Lech , who wanted to protest against the presence of Russian translators and for the award of this edition to an author of that nationality, Liudmila Ulítskaya.

In fact, Dobrovólskaya has expressed her respect for this decision, but explains that she would like “children and grandchildren to find a way to understand each other”.

This meeting – moderated by the writer and journalist Xabi Ayén – had around thirty speakers, including translators and editors, who had come together to map and delve into Spanish literature in Europe, the United States and Canada profession and literature in general.

The speakers were divided into seven round tables divided by language areas (German, Russian, Finnish, French, Dutch, Italian and English), while the last session was dedicated to the idea of ​​the lingua franca of Europe.

At the Germany table, the speakers highlighted that Spain will be the guest country of the Frankfurt Book Fair, “an extraordinary event that has not happened since 1991” and recalled that in the 1990s-90s there was a “boom ” of spanish literature.

On the other hand, the translator Christian Hansen calls for “a European project that builds cultural bridges between the different literatures and cultures of the continent”, in agreement with the Dutch Brigitte Coopmans, who calls for “an international forum, somewhat institutionalized, to discuss translation issues”.

“Something like a digital system that would include an open dictionary, an emerging literary field where translators of the same author around the world could discuss terminology and specific concepts. A gist of discussing these features would lead to another level far superior to translating to the whole world,” he defended.

“We have confirmed that Spanish literature still has a long way to go in its worldwide dissemination. In France, one of the countries that translates the most, works from Spanish account for 3% of all translations,” he has indicated part of the editor Gustavo Guerrero, who places Spanish in fifth place among languages, while years ago it was up was in third place.

As for the Dutch Eugenie Schoolderman, she confirmed that in her country “it is mainly Argentine authors who are translated” and in Italy Ilide Carmignani stated that of the 210 titles translated from Spanish in 1997, 360 a year 2010 and 512 in 2021.

Speakers also highlighted the fact that translation is dangerous work, lamenting that translators of Salman Rushdie’s “Satanic Verses” were “stabbed and killed, and the author himself was recently brutally assaulted.”

On the other hand, the topic of artificial intelligence and machine translators was raised, “a tool that generally cannot be used for literature”. That’s why Gallimard’s editor, Gustavo Guerrero, launched a challenge: “Put a paragraph of Javier Marías on the machine to see what comes out”, since the robots don’t capture the nuances or the emotional reverberations.

The speakers also addressed how political correctness got into the translation. At this point, the Dutch translator Brigitte Coopmans has asked to open a wide debate on the subject, although she has stated that in her case she prefers to leave the words as they were written in a specific historical context.

In this sense, the translator Jorge Ferrer recalled the case of Amanda Gorman, an American poet, who required her translators to have certain characteristics, not only literary, but also ethnic and gender.

The final table on Europe’s lingua franca was attended by the Director General for Books and Reading Promotion, María José Gálvez, who asserted that “linguistic diversity is what defines Europe” and called for “resisting hegemony as far as possible”. English”.

For his part, the President of the Círculo de Bellas Artes and the House of Europe, Juan Miguel Hernández de León, has addressed the European Alliance of Cultures, a body that brings together more than 70 institutions that promote common elements and a transnational culture currently in places like Hungary or Poland is in danger.

As part of the Formentor Prize, the Literary Talks will take place this year from September 23rd to 25th in Las Palmas de Gran Canaria under the motto “Satyrs, villains and thugs. Great Liars of Literature”, a gathering bringing together writers, editors, critics and the public.

The day started with this year’s winner, the Russian writer Liudmila Ulítskaya, who was dubbed a “world writer” by Marta Rebón, a writer and translator specializing in Slavic literature. “For me, Ulitskaya’s books do not belong to Russia, but to all corners of the world, from the human condition,” he added.

“The juries of the Formentor Prize recognize the excellence of a writer in order to share it with the readers,” added the Director of the Formentor Foundation, Basilio Baltasar, who opened the conference.

The recently deceased Javier Marías was also remembered at the meeting, since the writer was awarded the Formentor Prize in 2013. “He leaves a great void in Spanish literature,” said Jesús Carrasco, consistent with Rebón, to whom he has expressed his “admiration” about it, noting that his columns are “the testament” he leaves.

Previous articleCatherine, Princess of Wales: Her children are particularly “vigilant” after the Queen’s death
Next articleHot Pink and Australia Lovers