According to a study, 85% of Spaniards are in favor of taking in refugees after the war in Ukraine 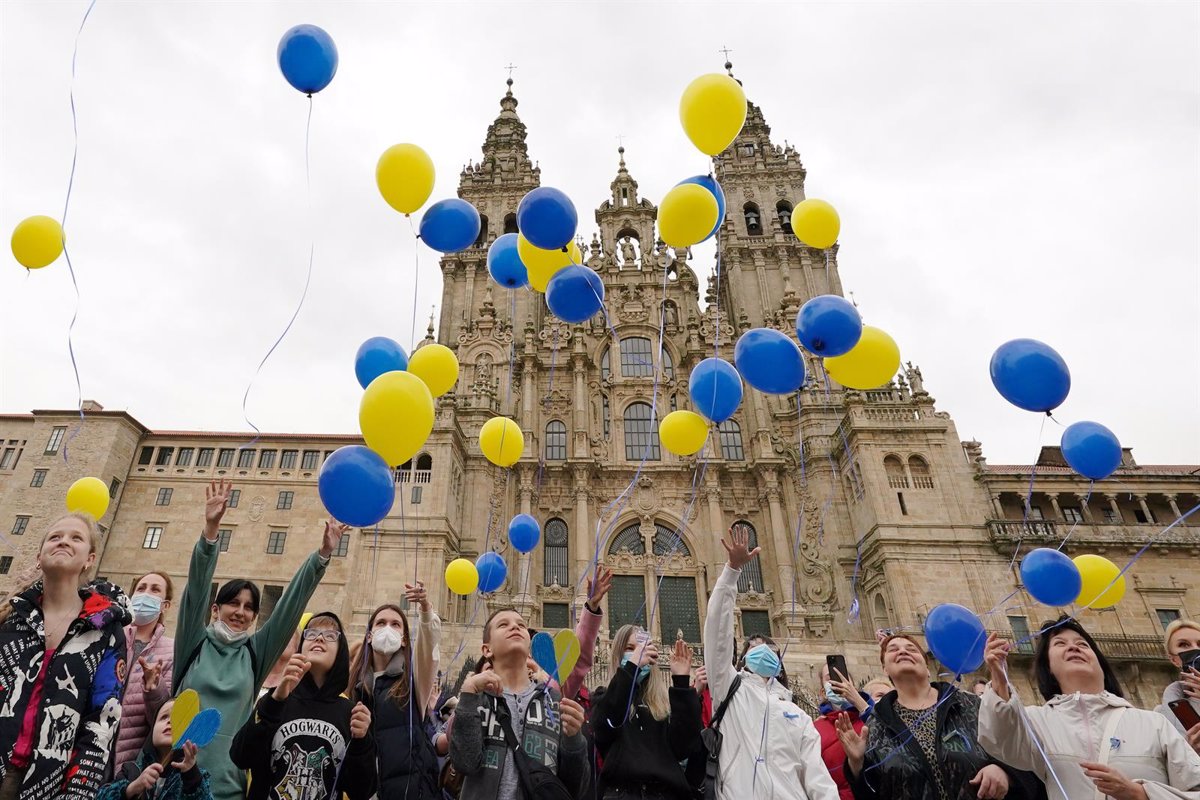 85% of Spanish people agree that people can flee to other countries to avoid war or persecution, according to a study carried out by Ipsos on the occasion of World Refugee Day, which is celebrated this Monday, June 20th.

For this study, Ipsos interviewed a total of 20,505

This study shows that Spain, along with Poland (85%) and Sweden (88%), is among the European countries where this group finds the greatest support, above the world average of 78%.

In addition, the data shows that attitudes in most countries have become more positive since last year, as the percentage of people who support closing borders to refugees has fallen, from an average of 50% in 2021 to 36% a year Poland (17%), Spain (22%) and France (29%) are the European countries where this measure is least supported.

Another example of the impact of the humanitarian crisis in Ukraine is the increased mobilization of the population to show their support for the refugees. Two out of five respondents say they have taken action to support refugees in the past 12 months.

According to the study, donating money or goods (21%) and posting messages on social networks (15%) were the most important forms of support.

When considering the reason for applying for asylum, 64% of the world’s population supports the entry of people seeking protection to flee war or violent conflict, and 55% when it comes to people fleeing a natural disaster or the effects of climate change .

In Spain, 71% of the population would support the entry of refugees to escape the war, just below Poland (74%) and Sweden (72%), and 62% for reasons related to climate change or natural disasters, which are Europeans Country that is most favorable for receiving refugees for this reason.

LESS SUPPORT DUE TO RACE, SEXUAL ORIENTATION OR RELIGION

Although less than half of the world’s population supports the entry of refugees into their country who are seeking asylum on other personal grounds, such as their race, ethnicity or nationality (41%), their sexual orientation or gender identity (38%), their gender (38%), their religion (36%) or their political opinions (35%).

Although this trend can also be observed in Spain, the Spanish population is among the European countries that show the greatest support for other groups. It is the first country to provide the most support to refugees fleeing because of their race, ethnicity or nationality (47%) and religion (41%); and second when it comes to people fleeing because of their sexual orientation or gender identity (49%); only behind Sweden in terms of gender (45%) and political opinion (41%).

The report also shows that despite strong global support for asylum in practice, half of the world’s population (54%) is skeptical about the reasons refugees come to their country, believing they do so for economic reasons or to lack the services in Claim provided by the welfare state. Poland (36%), Spain (40%) and Italy (44%) are the European countries where fewer people share this sentiment.

In addition, the public is divided on whether they believe that refugees are making a positive contribution to their country. Almost half of the world’s population (47%) agrees with this statement, with Spain being the cheapest European country at 60%, followed by the UK (55%) and Sweden (54%).

When it comes to whether governments are taking in the right number of refugees and spending the right amount on them, 41% of the world’s population think their country’s government should maintain current spending on refugee assistance, while 16% think that they should be increased. Spain, on the other hand, is the second European country where more people would support this spending increase (20%), only after the UK (22%).

The study also analyzes the connection between the origin of the displaced persons and acceptance in the receiving countries. Globally, Ukrainians are the most supportive of Ukrainians in host countries: On average, 54% of the world’s population express support for welcoming people from this country. In Spain the percentage rises to 64%.

On the other hand, the report shows that people’s perceptions do not correspond to reality, as 33% of the world’s population believe that their own country is one of the three countries that host the most refugees in the world, which in most cases is an exaggerated true position. In the case of Spain, 41% of Spaniards believe their country is one of the three most welcoming countries, when in fact it ranks thirty-third in the world according to the study.

In addition, the data shows that 33% of the world’s population believes that all countries should be responsible for hosting refugees, although 30% also believe that the richest countries should take on this flow, percentages rising to 37% and 37%, respectively. 36% increase. in the case of Spain.

- Advertisement -
Share
Facebook
Twitter
Pinterest
WhatsApp
Previous articleFabio Quartararo adds and continues in a hot German GP
Next articleSantiago Guarderas: “I hold responsible the members of the assembly who vote in favor of the revocation of the state of emergency”