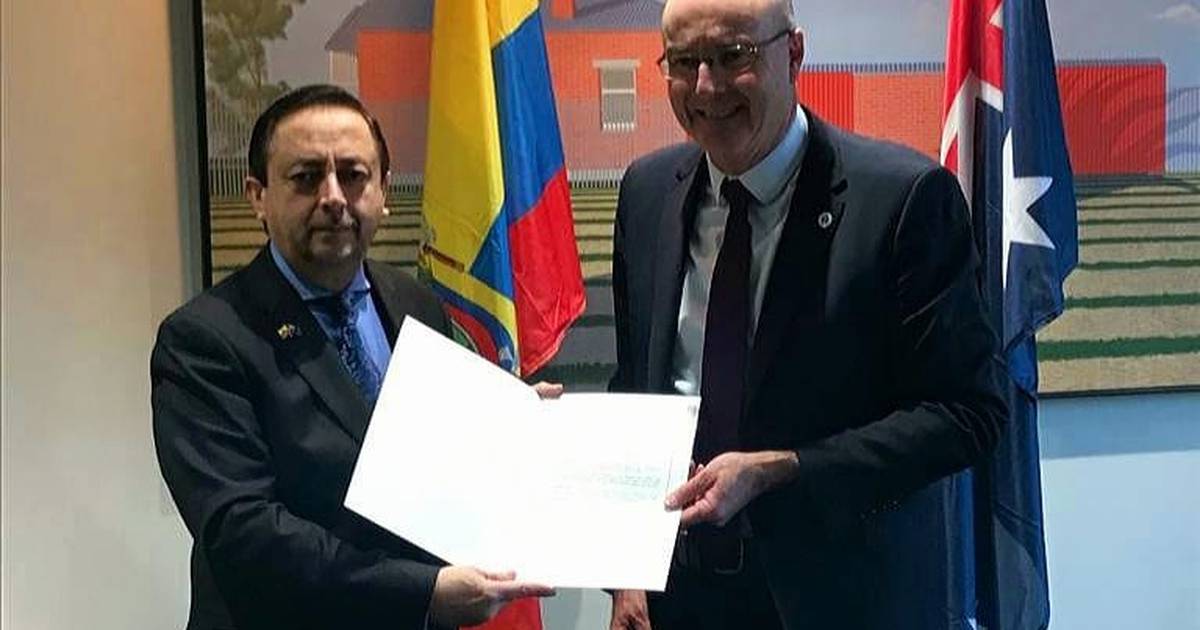 In the city of Canberra on June 24, Ecuador’s Ambassador to Australia, Arturo Cabrera Hidalgo, deposited Ecuador’s instrument of accession to the Convention on the Conservation of Marine Living Resources Antarctica (CCAMLR, for its acronym in English) to the Australian Department of Foreign Affairs and Trade (DFAT), depository country of the convention.

The Head of the Legal Division and Under Secretary of the Australian Department of Foreign Affairs, Adam McCarthy, who was accompanied by the Australian Antarctic authorities, participated in the deposit ceremony of the instruments.

At the same time, notification of the deposit of the said instrument was made to the Secretariat of the Convention, which has its seat in the city of Hobart.

The Convention was ratified by the President of the Republic, on April 5, by means of Executive Decree No. 393, which was published in the second supplement to the Official Register No. 46, of April 20, 20222.

It is the result of hard work carried out jointly by the Ecuadorian Embassy in Australia and the Ministry of Foreign Affairs, for more than three years.

Ecuador’s accession to this important convention coincides with the 40th anniversary of its adoption and marks a new form of relationship between the country and the rest of the member (25) and acceding (10) countries, joining efforts to increase the Antarctic Ocean’s resilience to the effects of climate change and regulate activities such as fishing and tourism, in order to preserve Antarctica’s valuable ecosystems.

In addition, Ecuador will have access to technical cooperation, capacity building and vital training and information to be able to achieve the objectives of the convention.

CCAMLR is an international agreement which aims to protect the living marine resources of Antarctica, where the term ‘conservation’ includes utilization. CCAMLR is an integral part of the Antarctic Treaty.