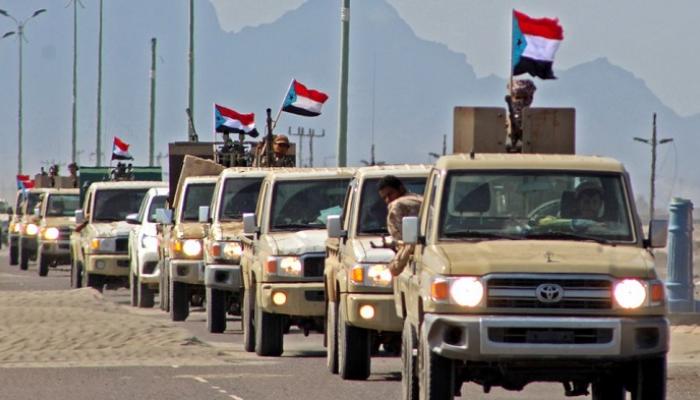 The southern armed forces have pledged to eradicate terrorism from Abyan, persecute its cells, drop anything that constitutes a cover for the movement of its elements, and redeploy them in the south.

This came in a statement issued by the southern forces after the terrorist attack that targeted Abdul Latif Al-Sayed, the commander of the security belt forces in the Abyan delta, with a car bomb.

The statement stressed that such cowardly terrorist crimes will only increase the determination and steadfastness of the southern forces to eradicate terrorism and cleanse the south of the Muslim Brotherhood’s plots.

The General Command of the Armed Forces of the South condemned the terrorist operation that targeted the convoy of Brigadier General Abdul Latif al-Sayed, commander of the security belt forces in the Abyan delta, and expressed its sincere condolences to the families of the martyrs who accompanied al-Sayyid and swore to avenge their pure blood.

The southern forces considered the terrorist operation that targeted Brigadier General al-Sayyid between the cities of Zanzibar and Jaar, and demonstrated the need to complete the total eradication of terrorism being exported to Abyan Governorate.

The statement stressed that eradicating terrorism primarily requires filling the security gap that is expanding every day in Abyan districts and regions, which are still under the control of Brotherhood militias and loyal military formations.

The southern forces emphasized the need to get out of these militias and redeploy Security Belt forces in all districts of Abyan, and this is what was stipulated in the Riyadh Agreement.

The statement indicated that it is not possible to separate the growth of criminal terrorist activity from the secure environment and the favorable conditions that the Brotherhood militias and their armed formations provide for terrorist groups in the areas under their control in the central region directions. of Abyan. and in the valley and desert of Hadhramaut.