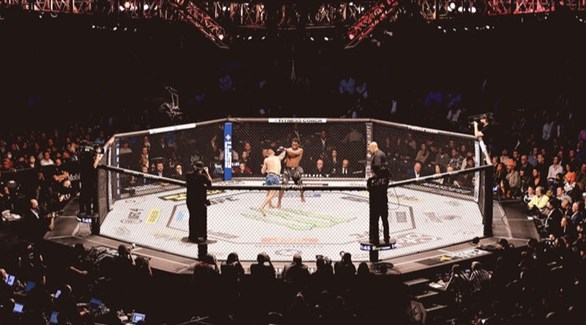 The Department of Culture and Tourism – Abu Dhabi and UFC, the world leader in mixed martial arts, announced the return of “Abu Dhabi Challenge Week” to the UAE capital, with a packed program of arts events and experiences. mixed martial arts, among which the UFC 281 Championship stands out. It will take place on October 22 at the Etihad Arena in Yas Island.

The third-week course is part of a five-year partnership between the two parties.

Holding UFC 281 fights in the capital Abu Dhabi helps promote the spread of mixed-arts sports, especially after the UFC staged its first full-capacity tournaments since the start of the pandemic earlier this week. in London.

“UFC 281” is expected to attract a large turnout as its schedule includes strong competitions and world champion title fights, and the public can register via the link /
https://mailchi.mp/visitabudhabi/ufc281-register-your-interest / Get tickets early and stay updated on Abu Dhabi Challenge Week.

Abu Dhabi confirmed its ability to host the biggest world championships in an environment that ensures everyone’s health and safety, while embracing UFC fights during the pandemic.

UFC 281 is also unique in returning all of its live events and full-capacity audience accompanying activities to the emirate, since the “UFC 242: Habib vs Poirier” tournament, which took place during the month of September 2019. .

The “Abu Dhabi Challenge Week” includes a series of public events, including concerts, workshops and interactive activities with the participation of the brightest stars of “UFC”.

Fatima Al Balushi, Acting Director of the Abu Dhabi Events Office at the Abu Dhabi Department of Culture and Tourism, said: “UFC fights and Abu Dhabi Challenge Week experiences are becoming increasingly popular with the local community and visitors as they have become an important component of the Abu Dhabi events calendar.

He added: “We look forward to hosting mixed martial arts stars and exciting competitions, including world title fights, next October in the Emirati capital.”

The “UFC 267: Blahović vs Teixeira” fights, which took place during the month of October 2021, were the first “UFC” events with an expanded audience at the Al-Ittihad Arena on Yas Island, and the “Al- Ittihad Arena” hosted the “UFC 257” championship in early 2021 as part of the third edition of the “UFC” “Fight Island”.

“UFC 281” is the 17th “UFC” event in Abu Dhabi, which began with the “UFC 112: Invincible” championship in April 2010. Since then, the UAE capital has hosted nine title fights world and has been crowned Three new heroes.