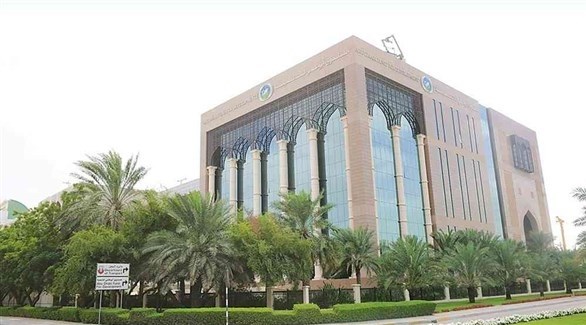 As part of its strategy to achieve sustainable development in developing countries, the Abu Dhabi Development Fund contributed to the financing of thousands of strategic projects in various sectors, including the water and irrigation sector. The Fund financed projects in 18 countries, with a total value of around 2 billion dirhams, and the water projects were directly related to many other development sectors, such as agriculture, industry and energy.

The Fund pointed out, in a report on the occasion of World Water Day, which is celebrated on March 22 each year, that “the projects it financed included the construction of water dams and the implementation of water networks that contributed to the delivery of fresh water and sustainable drinking water to the population in various villages and residential areas, in addition to its role in reclaiming vast areas of agricultural land, improving the quality of agricultural crops and achieving food security for beneficiary countries.

It should be noted that the theme of World Water Day for 2022 focuses on groundwater, since the celebration of this day aims to raise awareness about the inability of more than two billion people in the world to have access to drinking water, and this occasion is about taking strong action to tackle the global water crisis, as approximately 40% of the total amount of water used for irrigation is derived from underground aquifers.

The Director General of the Abu Dhabi Development Fund, Mohammed Saif Al-Suwaidi, said: “Since its establishment, the fund has wanted to give great importance to the water and irrigation sector, due to the importance of this strategic sector to achieve the sixth goal of the sustainable development goals, which is to ensure clean water supplies for all by 2030, which is reflected in its effects on many other sectors of development.

He added: “The projects financed by the Fund in the water, irrigation and agriculture sectors in developing countries have contributed to achieving many economic and social benefits, notably by securing sustainable water resources and using them for multiple purposes, and achieving food self-sufficiency, in addition to the importance of these projects in providing tens of thousands of job opportunities”. In addition to their important role in obtaining sustainable sources of energy, dam projects have provided the production of around 9,000 megawatts of hydroelectric power.

Argentina
As part of its efforts to support the provision of clean water sources to communities in developing countries, the Fund helped finance a project to develop and improve the quality of water networks in the Argentine province of Santa Fe in 2019, with worth 294 million dirhams The project works to provide clean drinking water that meets the needs of more than 300,000 people in 19 areas, and the expansion of the main water treatment plant in Desvaio Oregon, which is fed by the Corunda River, and the project includes the supply and expansion of about 111 km of main water lines, and the establishment of 4 pumping stations in four different cities, in addition to the construction of 8 water tanks in various areas within Ciudad Santa.

Tanzania
The Zanzibar Rural Water Project, which was funded by the Fund in Tanzania in 1993, contributed a value of Dh18 million. The project contributes to achieving sustainable development goals and supports economic growth in Tanzania.

Tunisia
The Fund financed a project to build a dam in Wadi Sirat in 2005 worth 55 million dirhams, with a storage capacity of about 21 million cubic meters of water to irrigate agricultural land in the Awlad Ghanem and Mahjoub valleys in Tunisia , which contributes to improve agricultural production within a wide geographical area inhabited by a large number of people.

The project included the construction of the dam and the facilities for pumping, storing and transporting water, as well as the provision of supplies to improve the quality of the irrigation and drainage networks, and the construction of agricultural roads, which helped support Tunisia’s development programs and develop this important sector. .

bangladesh
As part of its support for the integral development process in Bangladesh, the Fund was willing to grant a loan to finance the Testa dam project in 1994, worth 54 million dirhams. In addition to the construction of secondary and triple canals, and the Bougra Canal bridge to irrigate more than 48,000 hectares of agricultural land, the project contributed to providing job opportunities to more than 68,000 people.

- Advertisement -
Share
Facebook
Twitter
Pinterest
WhatsApp
Previous articleWorld Cup 2022. What is the application method and conditions for volunteers for the Qatar World Cup?
Next articleThe defendant is said to have stabbed his pregnant partner