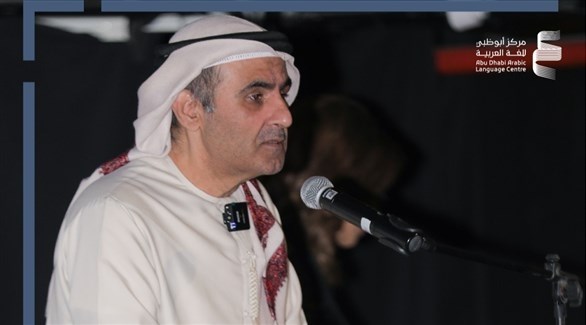 The Abu Dhabi Center for the Arabic Language, affiliated with the Abu Dhabi Department of Culture and Tourism, and in conjunction with International Poetry Day, which falls on March 21 each year, launched the first series of the ” Oyoun Arabic Poetry Series”, which is one of the most prominent literary and cultural efforts aimed at paying attention to heritage. Arab Poetics, and through 100 books, the masterpieces of Arab poetry are thrown from the pre-Islamic era to the present, and shows the intrinsic value that this literary art held in the course of Arab culture.

hollow bowl
Dr. Ali bin Tamim said: “We are aware of the great value that poetry possesses in the course of Arab culture, as it is the collecting vessel of thought, the most brilliant embodiment of words and descriptions, and the eloquent language that has expressed the concerns and aspirations of the Arab groups since the dawn of history. It is an art that observes with exceptional eloquence the developments of the language, and the differences of languages ​​and times, for which poetry is an integral and essential pillar in our Arabic and linguistic culture.”

He added that “The Eyes of Poetry series is a pioneering effort in which a group of distinguished writers, academics, and researchers participated, who gave their best to make this project that we are proud of come true, and translate our vision and interest into enhance Arabic knowledge and cultural contexts, and the development of the rich cultural and linguistic heritage that our culture possesses, and we wanted. Through this series, we shed light on the problems and themes enjoyed by the Arab poetic heritage, and show the peculiarities and transformations that have taken place. during past times, because we realize that attention to historical contexts highlights the great value of our Arab culture, which is one of the most living cultures that has preserved its heritage and its linguistic, intellectual and cognitive wealth, and our duty is to present to future generations this value as befits our position, history and identity.”

He stressed that “the series serves as a timeline, a historical observer of the transformations of poetry and the most important work of this time that narrates the different stages of this original oral art, highlighting that efforts continue to complete the encyclopedia in its original form. final”. .”

50 versions
The first group includes 50 publications supervised by a group of researchers and specialists in Arabic poetry, who made an exceptional effort in researching, collecting and documenting information, with the aim of reviving folklore, which is the greatest testimony of culture and Arab identity.

The center plans to publish 25 books during the activities of the 31st edition of the Abu Dhabi International Book Fair, which will start from May 23 to 29.

During the conference, the Oudist Sherine Tohamy performed a group of Arabic songs and poems, and a “virtual” literary seminar was held on the sidelines of the conference, presenting the efforts of working on the encyclopedia and providing an overview of the launch . and supervision process, in which, together with Dr. Ali bin Tamim, a group of Academics and critics: Dr. Maha Al-Atoum, Dr. Amin Odeh and Dr. Diaa Al Kaabi, Dr. Youssef Hamdan, Dr. Abdul Rahman Al-Rasheed, and moderated the symposium d. Khalil Sheikh.