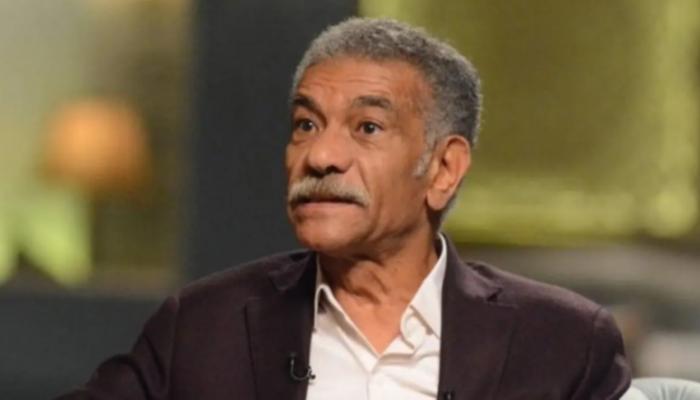 The Egyptian artist, Sayed Ragab, responded, this Wednesday, to the statements of his ex-wife, who accused him of expelling her from her home and denying her rights.

And he said in a press release published by the office of his legal representative: “We take into account what was published today, March 23, 2022, on the personal page of the Facebook application of Mrs. Christina Nelson Davis, who divorced the artist Sayed . Ragab of false accusations that affect personal life.. and are accusations that have nothing to do with truth or reality.. We also took into account the aforementioned choice of an exciting title that bears the name (Behind the scenes of Abu Al-Arousa), with his abuse of the series and exploitation of its success.

He stressed that everything said by Sayed Ragab, divorced from the artist, is far from the truth, since there are lawsuits and legal disputes between him and her before the Egyptian courts, which prevents him from commenting, commenting, refuting or correcting what she mentioned. in your post. .

He added: “Syed Rajab distances himself from delving into his personal affairs and confirms that the differences between him and his divorcee, despite his tireless attempts to resolve them amicably, and his earlier presentation of many satisfactory solutions to her in order to avoid becoming involved in through the sands of court, but she rejected them all with implications that there is no room for interpretation”.

Kiki Nelson, the second wife of Egyptian artist Sayed Ragab, accused her husband of kicking her out of their home and denying her rights.

Through her account on the social network “Facebook”, the American Kiki Nelson, ex-wife of the artist Sayed Ragab, caused a sensation, saying that she went to her house in the Dahshur area in the Egyptian governorate of Giza to make sure that everything was fine, to receive some of her friends the next day, but they surprised her by preventing her from entering her farm and her house.

She said, “I have no family in Egypt to go to, and I have no money left after spending all my income and end-of-service tip from my job on this marriage.”

The accusations caused the audience of the media sites to compare the character of Sayed Rajab in reality, and his character in the series “Abu Al-Arousa”, during which he embodies the personality of the employee Abdul Hamid, who lives a quiet life. with his wife, the artist Sawsan Badr, despite the difficult situation, and they are overwhelmed by love and romance.

The post also brought back earlier statements by Sayed Rajab, in which he recounted the scenes of his relationship with his American ex-wife, Kiki Nelson.

He said that she was an artist and worked in the institution that financed the theater company with which he represented, and said: “I found that there is a consensus on a level that I can find in my first wife.”

He added that his wife’s nationality is not important, explaining, “Humans are human, American is like Egyptian,” and that the woman is the same with all her usual conjugal characteristics and differences.

Sayed Rajab confirmed that his second wife gave him energy and self-confidence to continue insisting on achieving his dream, and that the saying “behind every great man there is a woman” applies to him, for her great role in achieving it.