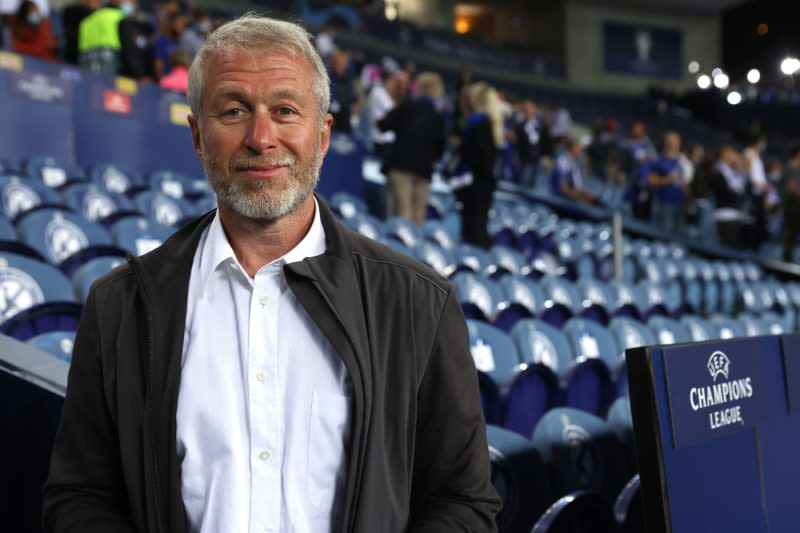 When Russian President Vladimir Putin launched an invasion of Ukraine in late February, the world of sport was not spared the devastating consequences. The Russian Grand Prix has been canceled indefinitely, the Champions League final has been moved from St. Petersburg to Paris, and Russian and Belarusian athletes have been banned from the Winter Paralympics.

The biggest buzz, however, was at the Premier League soccer club Chelsea, which has been put up for sale by its owner, billionaire Russian oligarch Roman Abramovich. “I think this is what’s best for the club, the fans, the employees, the sponsors and the club’s partners,” Abramovich said in announcing the sale. Not only is he a successful businessman, but he was also the governor of the Russian province of Chukotka and is considered an ally of Putin. Just days after the announcement, Swiss billionaire Hansjörg Wyss revealed that he had been approached to buy the club, which is valued at around $3 billion. Wyss claimed that Abramovich wanted to sell quickly to avoid possible financial penalties. “Just like all the other oligarchs, he’s in a panic,” Wyss said. “He wants to get rid of Chelsea quickly.”

But any chance that Abramovich could get rid of Chelsea quickly vanished on March 10 when the British government announced that the 55-year-old’s assets would be frozen and he would be banned from doing business with British citizens and companies. The government later said that, despite the sanctions, it was open to Abramovich selling Chelsea FC as long as he did not benefit from the deal and a suitable buyer could be found.

Given the sanctions and the fact that Abramovich is essentially out of business, the proposed sale of Chelsea FC has become the most complex transaction in modern sporting history. “It’s a bit of a crazy situation,” said Stephen Taylor Heath, head of sports law at UK top 100 law firm JMW Solicitors.

In a normal sale of a football club, the owner is a separate legal entity from the club and generally has the power to agree terms with any potential buyer. Due to the sanctions imposed on him, Abramovich cannot do this and his role in the sale will be drastically reduced. “Usually the club doesn’t play a role in the sale other than providing information to the buyer so they know what they are buying,” said Taylor Heath. “But since Abramovich is suspended and those sanctions state that he cannot sell the club, the interested parties cannot negotiate with him.”

Abramovich will play a role in that he will have to answer questions from the bank handling the sale. For example, he has around £1.5bn in outstanding loans with the club, which he has said publicly that he is willing to cancel. “He has to cooperate on this because he has to pay off these loans in connection with the sale, so there would have to be a dialogue here,” says Heath.

The second and most important factor that complicates the sale is agreeing on where the proceeds should go. Abramovich said when announcing the sale of Chelsea FC that the money would go to a “charitable foundation” created by his team, which “will benefit all the victims of the war in Ukraine”. This is yet to be confirmed and is subject to UK government approval, which will require special approval for sale. “If approval for the sale is granted, the government will want to work with the Raine Group, the bank handling the sale, to determine where the proceeds of the sale will go,” says Heath. “This will probably require some guarantees from Abramwitsch.”

Kieran Maguire, soccer expert and author of The Price of Football, explained that the money could be placed in escrow, a legal arrangement whereby a third party temporarily holds the money until it is determined where it will ultimately go. “No sales can take place at this time as the money would go to Abramovich. But the government could sign a contract to deposit the proceeds of the sales into an escrow account, which could then be used for charity if Abramovich consent,” Maguire said. .

A third complication is who decides which offer the club wins. Chelsea has set a bid deadline for Friday, with Wyss and British property tycoon Nick Candy among those looking to bid.

Since Abramovich cannot decide who will be awarded the contract, it is currently unclear who will make the decision. However, the decision is expected to be made between the Government and the Premier League, who have potential conflicts of interest. Potential buyer Nick Candy, for example, was one of several property developers who donated a total of £11m to British Prime Minister Boris Johnson’s Conservative Party between July 2019 and June 2020, according to media platform Open Democracy. .

“The Government will try to remain silent in approving the new owner, otherwise they could themselves be seen as a shadow manager or owner, which would be a headache for the Premier League,” Maguire said.

Despite all the complications, selling Chelsea is not impossible, it will simply be different from the normal sale of a football club. First, the right bidder must be found. Taylor Heath says “no one wants to be seen as the authority to decide who becomes Chelsea’s owner” and that a list of objective criteria, such as the proposed use of proceeds, should be established to determine the winner.

Any proposed buyer must then pass the Premier League’s “Owners and Managers Test”, which lists the factors that may deter a person from becoming a club owner or manager. These include criminal convictions for a wide range of offences, previous bankruptcies and ownership of shares or interests in other clubs. The test is also designed to ensure that a buyer has the financial means to keep the club running in its current form for the foreseeable future.

“The Premier League’s criteria for a successful offer is that the buyer is able to meet the club’s current financial obligations, including player salaries,” lawyer Heath said.

After passing the owners-directors test, a deposit would be paid and the government and Abramovich would have to agree on and approve the use of the funds. According to Maguire, when all the requirements are met, things run almost smoothly. “As long as there is proof of funds, then the sale is a normal M&A deal. [ein für beide Seiten verbindlicher Vertrag zwischen Parteien bei einer Fusion oder Übernahme]”, he says. “As well as the government monitoring how the payment is made to make sure it doesn’t end up in the pockets of Roman Abramovich.”

- Advertisement -
Share
Facebook
Twitter
Pinterest
WhatsApp
Previous articleThe EU is divided by oil sanctions on Russia and studies other measures
Next articleThese are the 15 most expensive armies in the world and that’s how many troops they have: Germany is catching up