Aboul Gheit: Syria’s return to university has not been resolved 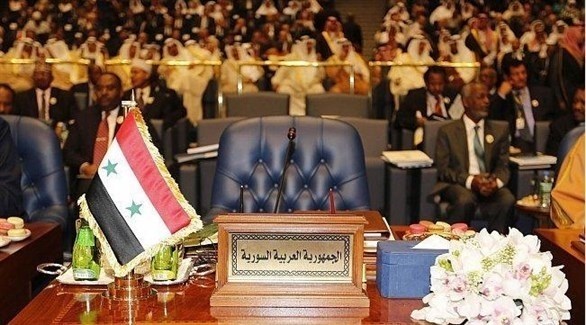 The secretary general of the League of Arab States, Ahmed Aboul Gheit, stressed that the possible understanding between the United States and Iran, during the ongoing nuclear negotiations in Vienna, “does not end” the Iranian nuclear threat.

In an interview with the London newspaper Asharq Al-Awsat published on Monday, he called on Iran to stop “adventures” on Arab land and stop using Arab issues as “pressure cards” in the Western world and Israel.

Addressing Iranian officials, he said: “You have to interact with the Arab world in a positive way, because there is a historical relationship going back thousands of years… Show good intentions towards the Arab world and towards the Arabs in order to I answer them, because this region needs development, economy, raising the standard of living, development and modernization, not for bombings and armed military confrontations”.

As Aboul Gheit indicated that some Arab countries were open to restoring relations with the Syrian government, he stressed that the issue of inviting Syrian President Bashar al-Assad to attend the Arab summit in early November in Algeria has not yet been resolved.

He urged Lebanon to “save itself” by holding legislative elections, launching a new government, and then holding presidential elections, along with negotiations with the International Monetary Fund, leading to “release of frozen funds to Lebanese citizens.”

Regarding the war between Russia and Ukraine, Aboul Gheit considered that this war “negatively affects” many Arab countries whose food security depends on Russian and Ukrainian exporters.