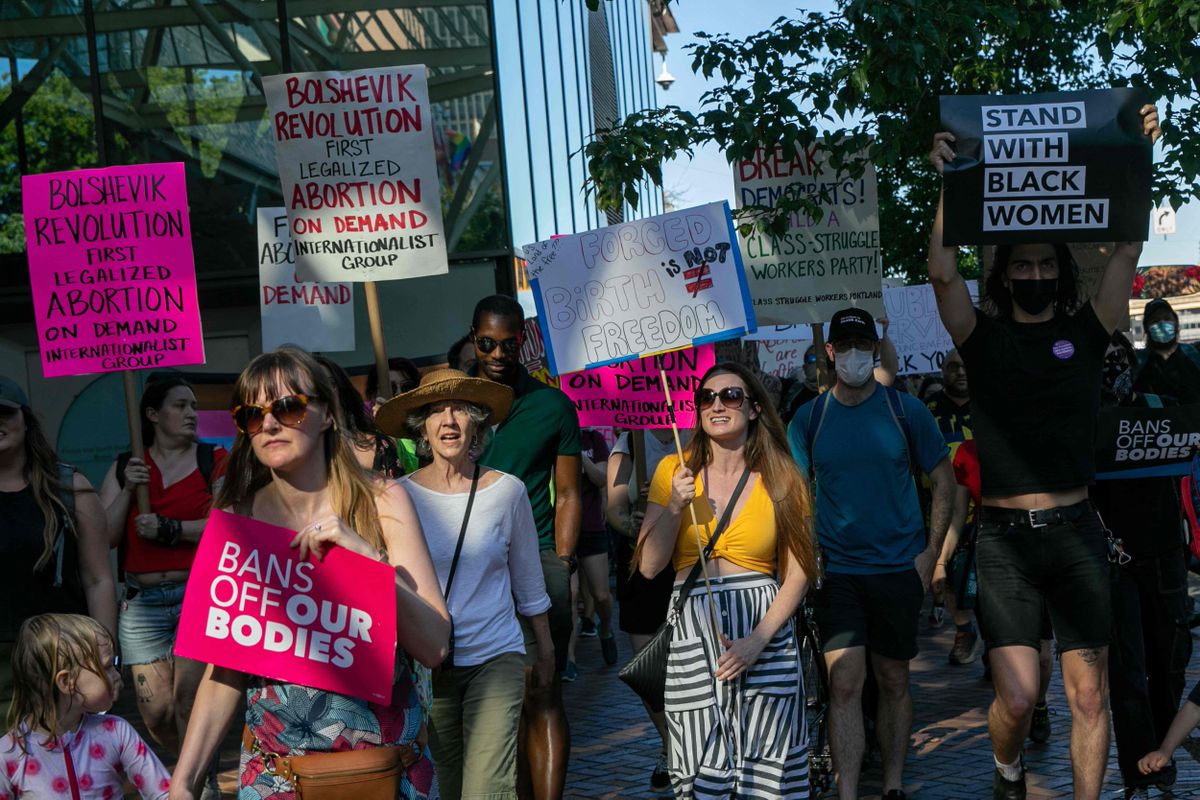 If I were a young American girl, I would delete every one of those apps that now measure monthly ovulation periods. In fact, the networks are already recommending the elimination of traces of suspected pregnancy or abortion, because if the circumstance arises that a girl or woman is accused of abortion, records of this practice could be recognized as criminal evidence. And there will be no mercy, even if it is for rape, or for economic reasons, or for the health of the mother, or for fetal malformations. Not to mention the will of women: that no longer counts in the land of freedom. As much as they choose in some democratic states to help women who come to them from other states where abortion is a crime, this brutal Supreme Court decision will deprive poor women of their right to health care that they don’t have the money to buy to pay for travel and accommodation, or to women exposed to a reactionary environment, not to mention the minors who will have no one to help them in their helplessness.

This involution did not happen overnight. The Republican conquest of the Supreme Court has been underway for decades, ever since those days of Reagan when the new republicanism began to be sketched, or, for us to understand, the wild right that surrendered to the deregulating forces of capital and the regulating morality, particularly to the desires of certain churches, such as evangelicals. Abortion rights, in force in the United States for half a century, have been the most coveted awards of certain sectors. One wonders what is the reason why a ban has been imposed that the majority of American citizens do not support, how the right has achieved the most complicated thing in a democracy, namely the removal of a right that already exists. While we assume that the common practice of authoritarian states of one sort or another has been to regulate women’s sexuality and reproductive life, we are rightly concerned that democratic systems are prone to such serious involutions.

This is undoubtedly Donald Trump’s greatest victory, it is the gift he promised to the evangelical churches without whose support it would have been impossible for him to come to power and could see him make an unprecedented comeback in the 2024 election. who is as immoral as Trump has based much of his triumph on faith, were it not for a handy biblical excuse for everything: Trump the Gulf would be like that King David, amply redeemed after his sin and fights against it the forces of evil. Clearly irrational, the thesis is supported by 80% of white evangelicals, who see Trump as the defender of Christian culture and worship his authoritarian style to take down a degraded nation.

They say Biden can patch the law’s incidence so women can find a way to be sovereign about reproductive health, but the evil has already happened and will be around for a long time. The United States is leaps and bounds back into pioneering wild territory: freedom to own guns aimed at innocent people and laws restricting women’s liberties. With these two premises, who dares to compose the soundtrack of the old dreamland?

The question we must ask ourselves, after making this harsh statement that rights are not eternal, is what can we do to avoid a repeat of this setback in our country. In my opinion, we women (and the men who support us) must systematically deny that our reproductive health, including planning and abortion, is governed by moral ground. Every woman has the right to make decisions about her body. There is an individual freedom in which neither judiciary nor religion should interfere, and it is that this intimate right is essential to stop condemning women to marginalization, poverty, death or subordination. Emma Goldman, Gloria Steinem, Lucia Berlin, Claudia Piñeiro, Annie Ernaux and why not myself are women who have recounted the experience of abortion. A country cannot be called free if women do not decide about their sexuality. And the famous Holy Father should also take this into account.