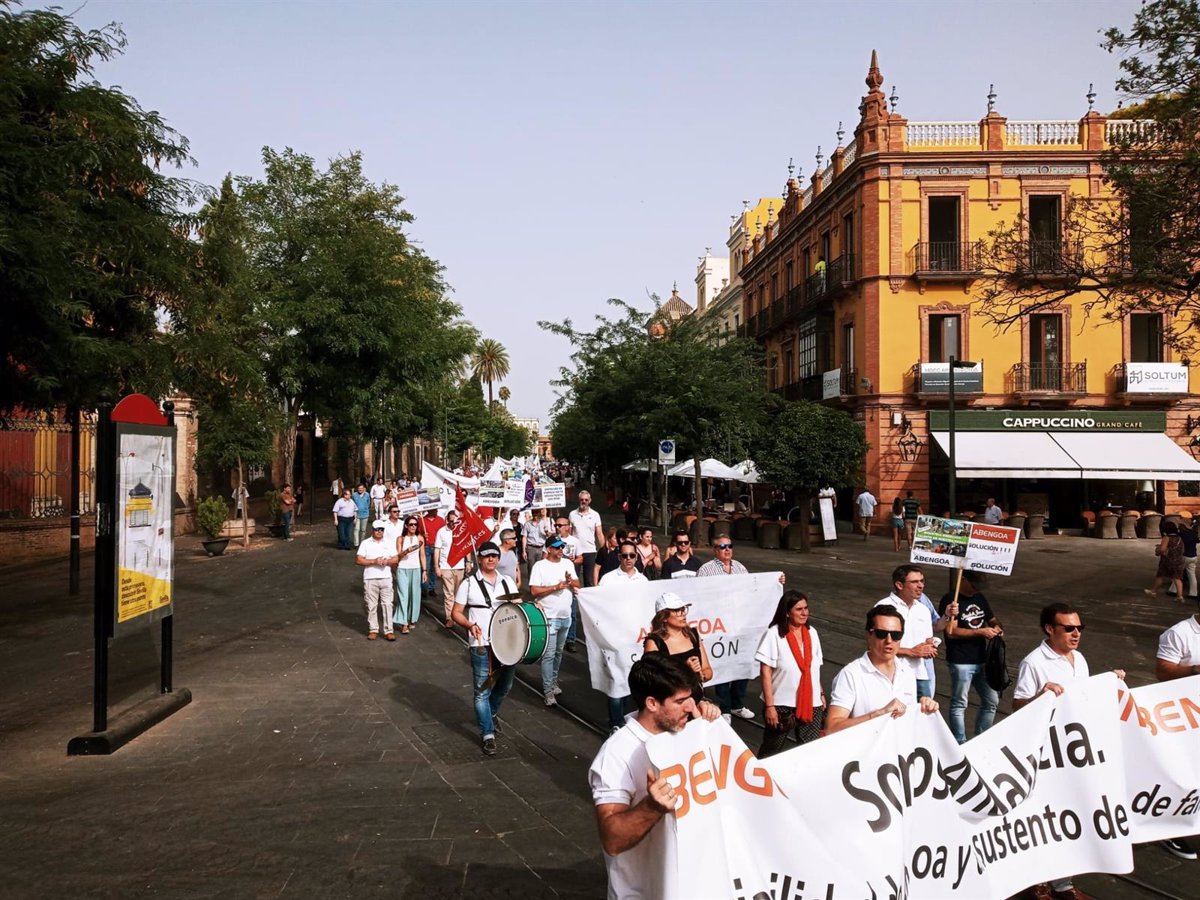 They expect the company to present its allegations to SEPI today

Abengoa workers are maintaining two lockdowns at the headquarters of the State-owned Company for Industrial Holdings (SEPI) and at Palmas Altas, Abengoa’s headquarters in Seville, this Thursday until “a solution” arrives for the company.

The workers are therefore maintaining their protest after SEPI informed Abenewco 1, a subsidiary of Abengoa where the company holds its most valuable assets, that the administration of the Solvency Support Fund for Strategic Companies believes that certain requirements for the granting of aid in the amount of 249 million euros are required.

In this way, SEPI has granted Abenewco 1 a hearing procedure for a period of five days to gain access to the files and to present allegations and additional documents.

In this sense, the chair of the works council of Abenewco 1, Noelia Sánchez, has indicated to Europa Press that “the term of office has expired”, but apparently “the company ended the allegations last night”, proving the conformity of the requirements eligibility of questioned by the fund manager and “today he’s sending them to SEPI”, so they hope to have news about it “today or tomorrow”.

Faced with this situation, the chairmen of the works councils of Abengoa Agua, Abengoa Energía, Solúcar, Inabensa and Abenewco1 CPA maintain their lockdown at SEPI, where they locked themselves in last Tuesday after unsuccessfully completing a meeting with several of their managers in order to Finding closure is your salvation.

At the same time, around 40 colleagues in Palmas Altas have been locked in front of the gates since Wednesday after around 500 workers were concentrated. This concentration was repeated this morning to demand a solution and avoid bankruptcy.

It should be remembered that the EUR 249 million in aid requested by SEPI is linked to the US fund Terramar completing its offer to inject EUR 200 million into Abenewco 1, with which it will acquire 70% of the share capital of this subsidiary would, which concentrates most of the group’s businesses.

Likewise, at the close of 2019, Abengoa is in voluntary bankruptcy proceedings with €4,783 million in debt, which includes nearly €6,000 million in debt from projects for sale.

Works councils have been warning for days that the time to rescue the multinational is running out, since the Third Section of the Commercial Court of Seville, responsible for the voluntary insolvency of creditors, requested in Abengoa following the reorganization agreement agreed in August 2020, weeks ago ordered the opening of the agreement phase and set July 1 as the deadline for submitting proposals.