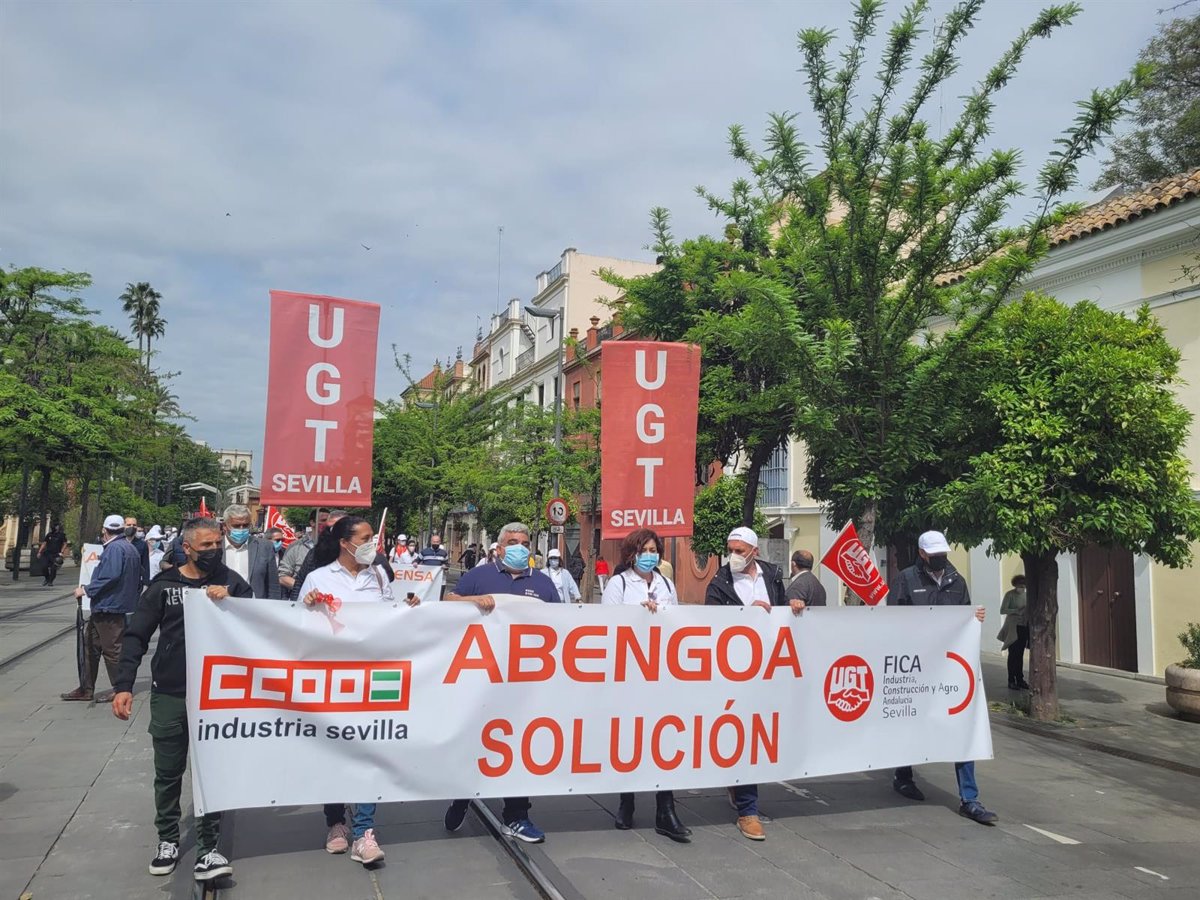 They convened a new concentration in Palmas Altas at 8:30 p.m. to demand that SEPI release the requested 249 million

The works councils of Abengoa Agua, Abengoa Energía, Solúcar, Inabensa and Abenewco1 CPA, Abengoa-based companies, voluntarily declared bankruptcy at the end of 2019 with a debt of 4,783 million euros, of which almost 6,000 million are debts from projects for sale; They warned this Sunday that the state coffers would be “burdened with about 500 million euros” if the State Company for Industrial Holdings (SEPI) is not prepared to grant the requested funding for the revitalization of the technology multinational.

This includes, for example, 157 million euros from the “implementation of guaranteed guarantees” by the Spanish Export Credit Insurance Company (Cesce), 80 million euros for the “impossibility of repayment” of amounts to the Social and State Treasury or the security disappearance of “receipts for the State from VAT and corporate income tax of 67 million” per year.

“The workers of the Abenewco1 Group, their creditors, partners, shareholders and ‘stakeholders’ and Sevillian, Andalusian and Spanish society would not understand that a social government like the current one will leave behind 16,000 families (between direct and indirect jobs) and that with Europe’s leading company in the renewable energy sector, which feels committed to the government’s 2030 Agenda, will not be saved by money from Europe,” emphasize the works councils.

“LEAVE NO ONE BEHIND”

In this sense, the works councils appeal to the motto of the government president, the socialist Pedro Sánchez, “to leave no one behind” and demand that “Abengoa remains a world leader in the field of renewable energies and an economic powerhouse of Seville, Andalusia and Spain”.

In addition, the workforce representatives have convened a new concentration this Sunday at 8:30 p.m. at the Technological Campus of Palmas Altas, the Entity’s headquarters, to once again make their demands visible.

And it is that for this Monday the last meeting of the Council of Ministers with Ernst & Young Lawyers ( EY) as administrator.

THE “LAST BULLET” TO THE RESCUE

This meeting of the Council of Ministers represents, according to staff, the “final rebalancing bullet of a situation” undergoing by the company, which hopes the state-owned Industrial Holdings Company will agree to inject Abenewco1, the subsidiary that groups the multinational’s main areas of activity, the 249 million euros requested as part of the refloating operation planned months ago.

This in a context where the Third Section of the Commercial Court of Seville, responsible for the voluntary bankruptcy requested by Abengoa following the reorganization agreement agreed in August 2020, has failed; Weeks ago, she ordered the opening of the settlement phase and set July 1 as the deadline for submitting settlement proposals.

THE MONEY REQUESTED BY SEPI

In this scenario, the offer of the US fund Terramar to inject 200 million euros into Abenewco1, with which it would acquire 70 percent of the share capital of this subsidiary, which bundles most of the group’s businesses, weighs an affiliated company in turn with said rescue request to the State Company of Industrial Participations to collect 249 million euros in favor of Abenewco1 and thus revitalize the multinational.

At the moment, SEPI has announced that it does not see certain eligibility conditions for the granting of the €249 million in aid requested for Abenewco1, although the multinational has put forward arguments to refute this point and the state body is looking at it again with our eyes must express this Monday in the Council of Ministers.