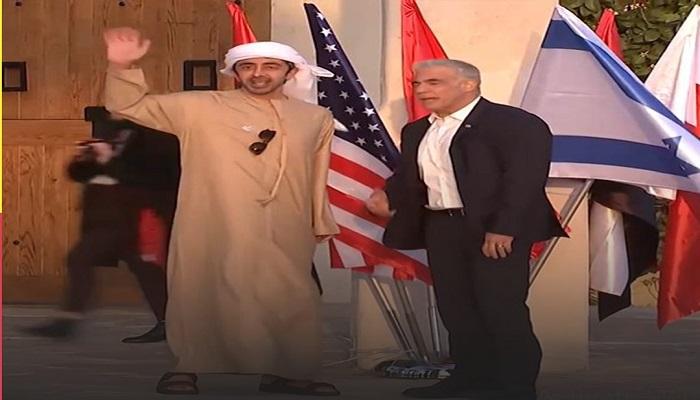 The United Arab Emirates confirmed that its relations with Israel are experiencing continuous growth and development in many sectors, since the signing of the Abrahamic Peace Agreement.

This came during a meeting with Sheikh Abdullah bin Zayed Al Nahyan, the UAE Minister of Foreign Affairs and International Cooperation, and Yair Lapid, the Israeli Foreign Minister, on his first official visit to Israel.

During the meeting, they discussed ways to improve bilateral relations between the UAE and Israel within the framework of the Abrahamic Peace Agreement signed between the two countries.

He emphasized the existence of a common will of the two countries to strengthen their bilateral relationship and open broader prospects for their development partnership at various levels, noting that the two countries are working together for a prosperous future for their peoples and towns throughout the region.

Sheikh Abdullah bin Zayed Al Nahyan reiterated the importance of building on the Abraham Agreement to achieve peace in the region, consolidate the pillars of security and stability, and meet the development and prosperity aspirations of its peoples.

He noted that the consolidation of regional and global peace and stability is a fundamental driver of the UAE’s foreign policy and part of its ten principles for the next fifty years, and the country looks forward to working with its regional and global partners to achieve this. target.