Abdullah Al-Athba.. A false trumpet for the Houthis glorifies terrorism and infuriates the Saudis 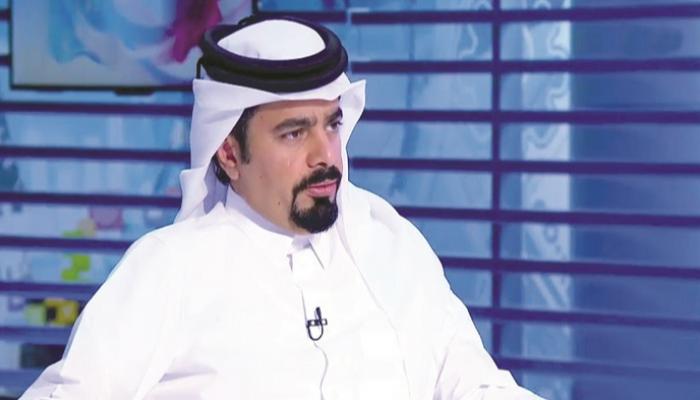 Bug Zour has always tried to glorify the Houthi leader who sits on the throne of global terror lists for killing the children of Yemen, bombing the land of the Two Holy Mosques and threatening the security of the world.

This trumpet is the former editor-in-chief of the Qatari daily Al-Arab, Abdullah bin Hamad Al-Athba, who always strives to be an unequivocal defender of the Houthi militia and of Iran.

Not a first post for a man who promoted Houthi terrorism in early 2011 and provided the militias with media coverage for their expansion, with the Brotherhood, but his persistence and glorification of a terrorist group leader recently dropped the masks as one of the soft wing of the coup plotters.

In one of his tweets, Al-Athba tried to poison the honey; Sometimes he describes the terrorist Abdul Malik as “The Master”, a glorifying title only given to him by his extremist followers, and other times he states, lying, that the terrorist has “weight” and that “the fox has a religion” and Arab origins. .

Al-Athba’s tweets came in conjunction with a series of Houthi ballistic missile and drone strikes, numbering 16 hostile strikes on Friday, and although Arab coalition defenses had them on observatories, they showed the face of the dwarfs

Bug Al-Zour Abdullah Al-Athba’s tweets sparked widespread anger among Yemenis, Saudis and the Gulf; And even Al-Araby as a shameless whitewasher of the crimes of a militia leader who is individually classified on the Security Council and United States of America terrorist lists.

The recent Security Council resolution classified the Houthi militia on February 28 as a terrorist entity and militia, which is an international and global consensus that confirms for the first time that the actions, behavior and attacks of the Houthi are ” terrorists”.

A Saudi citizen named Khalaf Al-Thubaiti responded to Al-Athba’s tweets, citing an example, saying: “The well-known proverb says, O Athba, what is collected is only what is remembered.”

Addressing Bug Al-Zour, Al-Athba, Al-Thubaiti wrote: “Yesterday your uncle, the Iranian minister, and today your leader’s speech in the Al-Jazeera pulpit, and every so often you are chest to chest until that became a circular circle that expands all the expansion projects in the region”.

He noted that “race is an intrusion and that at the time of day we will find the Iranians, Hezbollah, Houthi and the popular crowd,” referring to the Iranian regime’s terrorist organizations in the region.

Another wrote, under the name “Qais”, saying: “Abdullah Al-Athba gives people good news about the date of the notorious word Abdul-Malik Al-Houthi”, considering this as contradictions and a service to the Iranian project .

He described Al-Athba’s glorification of the Houthi militia as “shameful nonsense”, and called on the wise men of the Gulf to confront it to prevent the expansion of the Iranian project.

The Yemeni street also shared the response to Abdullah Al-Athba’s tweets; Dozens of Yemenis warned on social media sites of the trumpets spreading the toxins of the militias and cleaning up their terrorism of killing innocent civilians in Yemen and neighboring countries.

Prominent Yemeni human rights defender Hamdan Al-Ali Abdullah Al-Athba called him “a petty man” and that the Houthi militia leader is a “thief and hired killer” who leads a criminal gang and is not a leader. of the Yemenis.

The Yemeni human rights advocate praised the Yemenis’ reactions and their stance on Al-Athba and their exposure of Al-Houthi’s crimes, saying: “Yemenis (of all sects and parties) came in to respond to the new trifle”.

He added: “Rudeness and pettiness are strange, but the Yemenis’ response is punishment for those who try to speak on behalf of the Yemeni people,” referring to the torturer who tries to glorify the leader of the Houthi terrorist.

Yemeni journalist Mukhtar al-Faqih also took the floor, saying that the insignificance that springs from the sweet Qatari writer transcends the ethics of Arabism and neighborhood values ​​and provokes the feelings of millions of Yemenis, the Gulf and Arabs.

He wrote on his Twitter account that Yemen, the Gulf and all Arabs view the Houthi militia leader as “a major terrorist entity leading a group on international terrorist lists.”

He continued, asking Abdullah Al-Athba’s tweets: “Did the dynasty bring them together or dependency on Iran?”

It is noteworthy that the resolutions issued by the United Nations Security Council, the Arab League and the Council of Arab Ministers of the Interior regarding the qualification of the Houthi militia as “terrorist” considered that any political, military or media support for the Houthis is a share. of these militias and their extremist leaders who violate all international agreements and commit war crimes and crimes against humanity.