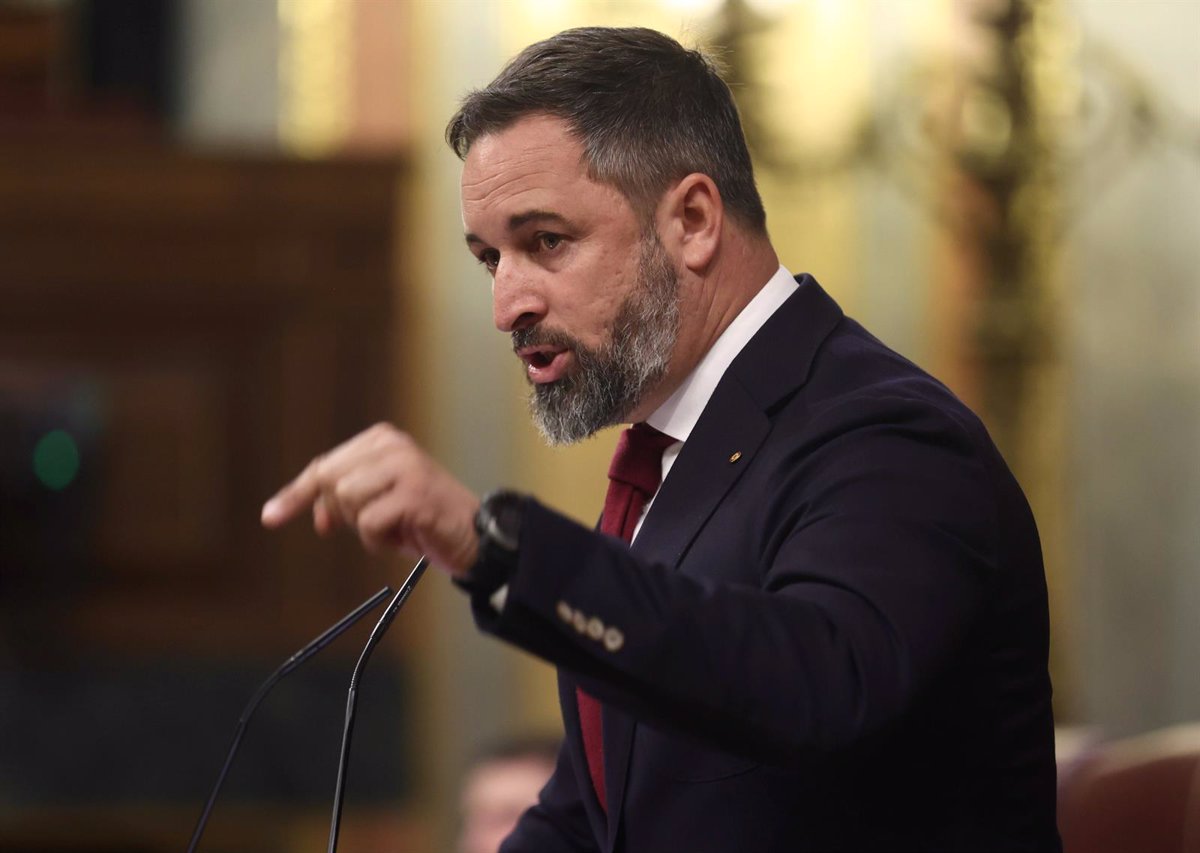 
Vox President Santiago Abascal intervenes in a plenary session at the Congress of Deputies on June 8, 2022 in Madrid (Spain). The focus of today’s plenary session is the vote on ending sales of new passenger and commercial vehicles – Eduardo Parra – European Press

Vox President Santiago Abascal this Tuesday denounced the government over the agreement reached with Bildu to implement the Democratic Memory Law in the Congressional Commission, accusing Pedro Sánchez’s executive of “portraying ETA members as victims” and “trying.” , to impose a Manichaean and deceptive history that restricts freedom of expression”.

Thus spoke the President of Vox this Tuesday in a series of messages on his official Twitter profile collected by Europa Press, a day after the Constitutional Commission of Congress had given the green light to this bill thanks to the votes in favor of Bildu PNV and the abstention of ERC.

In this context, Abascal has described this draft law as “a document agreed with the enemies of Spain, presenting ETA members as victims and fighters for democracy”, affirming that “the obligation of public authorities is to ensure harmony , to promote encounter and reconciliation “.

Likewise, Abascal holds that “there never was a consensual account of the Second Republic, the Civil War, and the Franco regime”. “Neither among historians, who still hold important debates, nor among citizens, each with their particular and impregnable collection of family memories,” added the Vox chairman.

For this reason, Abascal has pointed out that “a past as complex” as Spain’s “requires plural, dispassionate and generous approaches”.