A young woman in Gaza invents a device to dry food 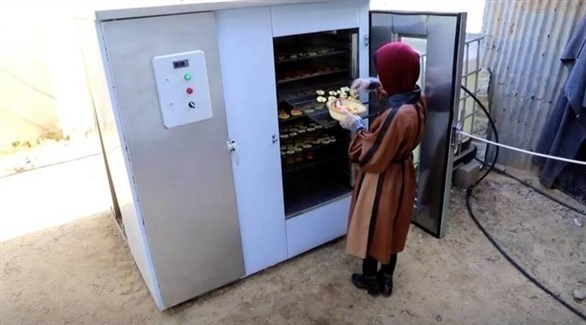 In her garden, Hanadi Abu Harbid, a young engineer from the Gaza Strip, picks apples, oranges, persimmons and peels, slices them and puts them in a food dehydrator.

After 16 to 20 hours, the result is all-natural slices of dried fruits, vegetables, and herbs, with no additives, chemicals, or sugar.

Hanadi Abu Harbid is originally a renewable energy engineer, and after studying the market, she found that there is a gap in healthy snacks.

He then worked on creating an eco-friendly food dehydrator that produced alternatives to expensive imported dry foods and helped reduce traditional food drying methods. Traditional methods produce small quantities, although they are time consuming and expensive in the Gaza Strip.

About the beginnings of the project, Hanadi says, “The idea for the project came from wanting to produce dehydrated food products locally. I searched the market and found that we have heavily imported products, as well as the means to dry food in the Gaza Strip and means that consume large amounts of energy”.

He added: “This device was made with very local capabilities and at a great price for the importer. Its cost is very simple. The importer may cost three times as much when entering the Gaza Strip due to the imposed siege and other issues. The stage that I have for the first time a device whose uniforms are made in Palestine is the first step because I establish in my project that God willing”.

And they live in the sector, which has a high population density, two million Palestinians. Gaza has been suffering for years from limited access to the outside world due to the Israeli-led, Egyptian-backed blockade.