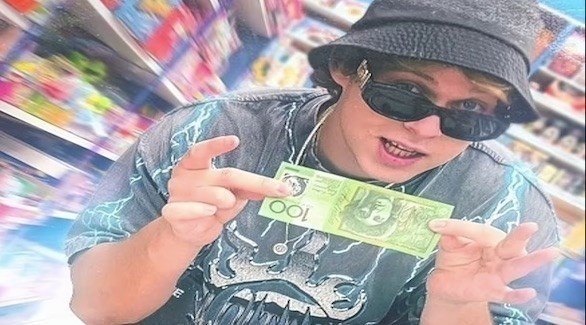 A young Australian who thought his life was over when he failed “The Voice” exams in 2018 has achieved resounding financial success on social media.

Oxley had failed the exams on “The Voice” in season seven at the age of sixteen, which led to him becoming very frustrated, leading him to drop out of school and start working as a dishwasher in various Brisbane restaurants, where they paid him $15 an hour.

And then he started popping up on social media last year and started looking for all the ways that he could make a big income from social media. Within several months, Oxley advanced in her field very quickly and her monthly income reached $20,000.

Oxley posts funny videos on YouTube and TikTok. He is also making money from deals made with him by some brands who wanted to monetize his huge popularity on social media platforms.

Speaking about her experience, Oxley says, “Some days I earn $3,000 from supporting fans who send gifts and donations to show their support for me on Tik Tok.” Oxley helped her younger sister, Kayla, create her own successful TikTok account and start earning money. Kela is 15 years old and now has 763,000 followers on Tik Tok, and got 10 million views on one of her videos, according to the British Daily Mail.