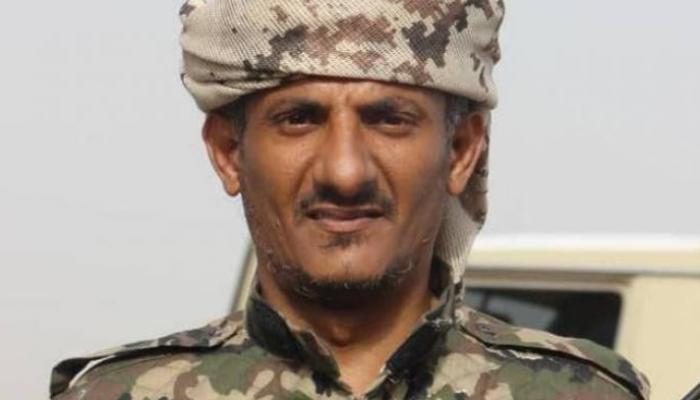 In an interview with “Al-Ain News”, a Yemeni military officer decoded Iranian messages transmitted by the Houthi militia’s booby traps over the past few days.

Yemeni Joint Forces spokesman Colonel Wadah Al-Dubaish said the Houthi attacks on Saudi Arabia are an Iranian response to the Arab coalition extending the hand of peace for a solution in the country.

On Sunday, the Arab coalition announced that the Saudi Air Defense Forces and the Saudi Air Force had intercepted a series of dual attacks by the Houthi militia, carried out with ballistic missiles and drones, against civilian objects and vital economic facilities.

The military spokesman for the joint forces on the West Coast considered the extensive use by Houthi militias of rigged and Iranian-made duplex and cruise missiles to attack vital and economic installations in Saudi Arabia as a “dangerous precedent” and occurred less than a month. after the attack. a recent Security Council resolution issued a comprehensive arms embargo on coup plotters.

These attacks, which are carried out with Iranian weapons, also coincide with the peace consultations and the call by the secretary general of the Gulf Cooperation Council for a Yemeni-Yemeni dialogue.

In an interview with Al-Ain Al-Akhbar, Al-Dubaish emphasized that the Houthi militias live in crisis and death, and Yemenis cannot expect peace from them, emphasizing the need for a military resolution accompanied by peace initiatives.

He pointed out that the attacks by the Houthi militias simultaneous with the call for peace in the Gulf and the UN consultations are “a step that was not the first and will not be the last if Iran is not pressured and the most severe sanctions are imposed.” Tehran for continuing to supply these terrorist militias with weapons of death that threaten neighboring countries and kill the Yemeni people.

The military official revealed that Iran has a special smuggling unit in the Iranian Revolutionary Guards, which handles the transfer of weapons to its militias in the region, especially the Houthi militia, and performs camouflage and concealment by land and sea through of a complex and multinational. smuggling ring.

And the highlight of the conversation.

How dangerous are Houthi attacks on civilian objects in Saudi Arabia for peace in Yemen?

The attacks on Saudi Arabia are a new confirmation that the Houthi militia lives off the death and body of the Yemenis, but it is also an Iranian message in response to the Arab coalition and the brothers in Saudi Arabia extending the hands of peace, and although they are not the first attacks, it is a dangerous precedent against the Gulf Cooperation Council’s call for Yemeni-Yemeni consultations and against the United Nations consultations in Jordan.

Where are the Houthi attacks on Saudi Arabia coming from recently?

The first information indicates that it was launched from Saada, Hajjah and Al-Jawf, where the launching platforms for these Iranian weapons were monitored, and we do not rule out launching them from the Sanaa airport and the ports of Hodeidah, especially since the militias tried to carry a naval attack in the Red Sea before Arab coalition forces thwarted it.

But what is certain is that the weapons used in the Houthi attacks, whether they are drones, winged missiles and cruise missiles, are all Iranian-made weapons, developed by Iran through Iranian and Lebanese experts, and entered Yemen through of smuggling.

The number of double Houthi attacks with missiles and drones indicates an up-to-date arsenal. How is this?

Today, we are in the eighth year of the Houthi war, and we have enough experience to know the means of the Houthi militia to sabotage the peace efforts, and how Iran is prolonging the war by smuggling missiles and aircraft, which come from the government Iranian. arsenal, the latest of which was the shipment of missiles that were seized on March 8 at the cargo port on the border with Oman.

This Iranian arms shipment is among the qualitative and dangerous weapons smuggled by the Iranian regime into Yemen and owned by only a limited number of countries, indicating that the thermal missiles were withdrawn from the Iranian arsenal and supplied to the Houthi militia. .

This is not the first shipment, and it will not be the last, to smuggle Iranian weapons flowing into the Houthi militia, including ballistic missiles and drones that threaten the world and kill the Yemeni people and civilians in neighboring countries. smuggling unit that handles the transfer of weapons to its militias.

It also indicates the Iranian regime’s insistence on smuggling various types of weapons into its Houthi weapons, including high-risk quality devices, which is a dangerous gesture and a bolder move in front of the eyes and ears of the world.

Where do the weapons for the Houthis flow from?

The report of the United Nations experts on Yemen recently presented to the Security Council showed the complicity of the leaders and officials of the countries in the region that smuggle and facilitate the supply and transfer of Iranian weapons to the Houthis.

It is true that Iran’s embassies and their ships at sea are nests of experts and smugglers, and they largely manage the smuggling of arms to the Houthis into Yemen, and if Iran is not pressured and the most severe sanctions imposed severe, the flow of weapons of death in the country will not stop.

The Houthis seize the borders to the west and east from the sea, and a coastal strip that extends more than 2,500 km for daily arms smuggling. The land borders to the east are also used in these operations, so we control is difficult to impose. over all these borders. The seizures and confiscations of Iranian arms shipments by the multinational navy are proof enough of the continued flow of weapons to terrorist militias.

Are there measures to limit the flow of weapons to the Houthis?

Recently, after the issuance of the Security Council resolution on February 28, which designated the Houthi militia as a terrorist group and imposed a comprehensive arms embargo on it, a process of tightening was observed in the control of arms smuggling, including via satellite, thermal and digital cameras.

On the ground, Yemeni forces and the Coalition to Support Legitimacy have paid close attention since the start of Operation Decisive Storm 2015, tightening control over contraband shipments, supporting Yemeni forces with modern devices, and qualifying people with specialized courses on how to inspect for the complexity and camouflage of Revolutionary Guards arms smugglers, and was recently trained by seizing a quality and dangerous shipment at a seaport on the borders of Oman.

How can the Houthis be pressured into accepting peace initiatives?

The massive and hostile military escalation of the Houthis carries clear messages to undermine peace in exchange for the absence of international deterrence, and only military force and military sweep on all fronts will bring them to the table, a solution that the world and the international community community must have.

As Yemenis, we have run out of patience with these terrorist militias. These militias must be uprooted and returned to their caves and strongholds in Saada. This is the solution to bring about peace and stability in Yemen, and there will be no peace unless the power of the Houthi militia is broken by military force.

Peace consultations must be paralleled by effective military pressure on the ground, and the Arab coalition must strike with an iron fist. Peace protected by force of arms is the only guarantee to bring these terrorist militias to the negotiating table, or we will face increasing violence. and destruction that will affect Yemen and neighboring countries more than you imagine.