A year of euthanasia in Spain: 172 cases and great inequality between the autonomous communities 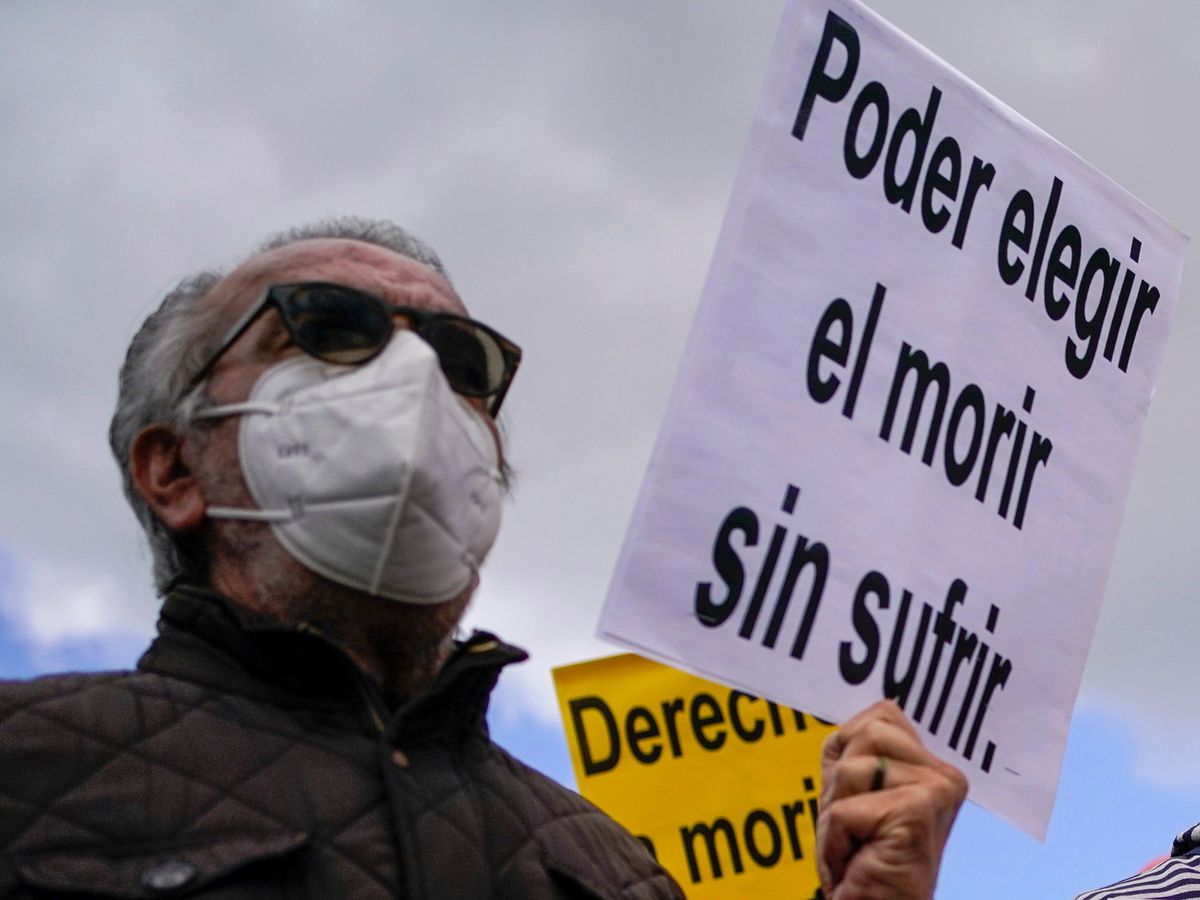 On the first anniversary of the Euthanasia Law, which came into force on June 25, 2021, at least 172 people died through this procedure in Spain. It is the figure that EL PAÍS collected from all the autonomous communities, except Asturias and La Rioja, which did not provide the data. It is a first year of inconsistent filming, where the involvement of regional governments has been instrumental in facilitating or hindering the progress of this new law, and where there are still processes that need to be improved. However, despite its bumps, the service generally works correctly, as evidenced by a variety of health sources consulted, including institutional sources, the world of medicine, nursing, patients and bioethics.

Even when looking at the numbers, the differences in implementation become clear. Catalonia, one of the communities experts call one of the most progressive in implementing euthanasia, held 60 services in its first year, three times as many as Madrid (19) with only 13% more population and almost six times as many as Andalusia ( 11), which has a million more inhabitants. These two communities have practiced less euthanasia than the Basque Country (25), which is also described as exemplary.

Because although the law came into force a year ago, not all communities started providing euthanasia last summer. For the provision of the service, the formation of a Guarantees Committee was essential, an interdisciplinary body that must give final approval to each procedure and that in some, such as the aforementioned Madrid and Andalusia, was only constituted months after the entry into force of the law.

Also, depending on the administration, the possibilities of accessing the right to die at the request of the patient are more or less great. It is not just about complying with the law, but also how they do it: what information do they give to citizens and health professionals, what guarantees and training do they give to doctors and nurses or what are the bureaucratic obstacles.

Javier Velasco, president of the Right to Die with Dignity (DMD) association, acknowledges that there are “some communities where things are going very well and others are doing pretty badly,” but he prefers to focus on progress and only then to carry out comparative assessments are official data that must be published by the Ministry of Health. “We’re looking at the ones where it’s working well, like Catalonia and the Basque Country, which have been examples from the start. What they have in common is that they did their homework on time, set up the guarantee committee in a timely manner, made it public and have a website with very detailed information. Both have disseminated the law among citizens, they have carried out many training courses for professionals and, what is also coincident, is that in both, although they are not the only ones, they have appointed references, be they doctors or nurses in each health field, that other colleagues can turn to in case of doubt,” he explains.

What sometimes happens is that a patient asks his doctor for euthanasia and he doesn’t even know what to do. Most often, those wishing to exercise this right turn to the family doctor, who usually takes care of the sick person the most, but they can also request it from anyone else. Although in Spain there is no data on the most common diseases of people who have requested euthanasia, Tayra Velasco, President of the Bioethics Committee of the Madrid School of Nursing, assures that unlike other countries where cancer is more common, here most of the requests come from people, who suffer from neurodegenerative diseases, so there are patients who also go to their neurologist or to any doctor they trust. Otherwise, Velasco says, the characteristics of the patients from whom they collected data are similar to those of other countries with more established euthanasia systems: a majority profile of 70-year-olds receiving euthanasia at home.

This nurse is one of the references mentioned by the President of DMD. Although the Ministry of Health in Madrid, the community where he works, has not encouraged this number, some professionals have coordinated among themselves to help colleagues. “Care teams often don’t know exactly what to do when the situation arises. First, it must be clarified what the patient is asking for: whether it is information or a formal and documented request for euthanasia. From there, you need to explore that desire, begin a reflective process, and examine the pain in all areas: physical, psychological, social, spiritual…”.

From there, there are three filters that must give their consent to perform euthanasia: The first is the attending physician that the patient went to (unless they object). The second, another colleague who did not know the patient. And finally the Guarantee Commission, in which at least medical and legal staff must agree, but psychologists, pharmacists, nurses or bioethicists can also be members.

Tayra Velasco says when doctors or nurses reach out to her for help, she advises them both on these steps, the bureaucracy that must be followed, as well as other matters related to the procedure for administering the medication – “no all nurses are used to using them” – or in connection with organ donation. “In these cases, it has to be done in the hospital, but the National Transplantation Organization is very agile and adapts well to the cases that we’ve had,” he says.

Tomás Cobo, President of the Collegiate Medical Organization, assures that this year they have not heard of any misconduct in complying with the law or expressing conscientious objection. “Our duty is to protect the doctors who perform them, and so we have expanded our code of ethics to not penalize those who provide services within the law, although we do not consider euthanasia a medical act,” he says .

And what are the obstacles in this process? An example is that of Estrella López, who was put to sleep in Seville on April 2nd. In a letter to this newspaper, he denounced the obstacles imposed on him by the Junta de Andalucía to fulfill his right to a dignified death. He had to wait five months before the procedures could begin because the administration did not set up the Surety Commission until November and failed to meet the statutory deadlines. This was the first of the delays, as a trial that was not supposed to take more than 40 days took another five months due to a lack of administrative records. Your attending physician did not know where to send the request made on November 22, 2021; there were delays in appointing the consulting physician, who denied the application. Upon appeal, the commission unanimously approved euthanasia on March 22. When they went to the Virgen del Rocío Hospital, they were offered to do it only on Saturdays, excluding some public holidays. Finally, on a Monday, they were told that it would either take place the following Saturday or they would have to wait a month, reports said Eva Saiz.

Eva Camps, spokeswoman for DMD in Andalusia, assures that in this municipality “most cases are like this”. “Some died during the process due to sedation, others gave up,” he explains. Almost a year after the law was passed, Andalusia has only regulated the register of health professionals who are conscientious objectors to the provision of euthanasia in Andalusia. When asked by board spokesman Elías Bendodo this Wednesday, he replied: “In this community we have decided to deepen and improve palliative care and to strictly comply with the law.”

Marisa de la Rica, President of the Spanish Association for Palliative Care (Aecpal), explains that euthanasia and palliative care should not be two options to choose between. But efforts must be made to improve this care, which is delayed for many people. Early detection is important: minimize problems when the disease appears. If patients don’t start treatment with palliative drugs by the end, there is no time to treat them, agony is being treated,” he explains.

- Advertisement -
Share
Facebook
Twitter
Pinterest
WhatsApp
Previous article“The risk is high when explosives are handled”, Minister of the Interior on the death of a member of the community in Puyo
Next articleTempos warns that a “full suspension” of Russian gas could push the “pool” above €350/MWh