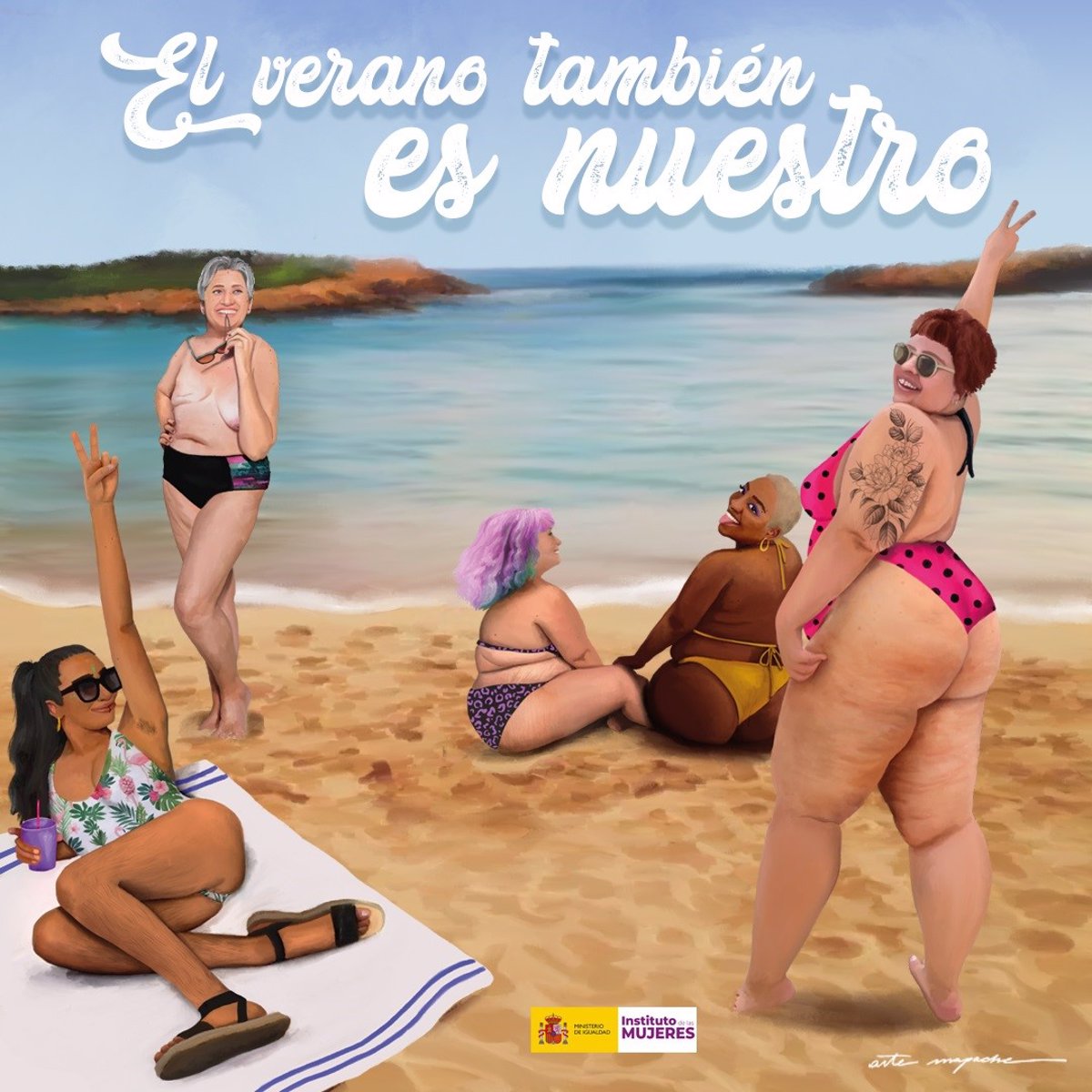 Model Juliet FitzPatrick, who has had a double mastectomy, and photographer Ami Barwell have joined the Department for Equality’s criticism for using their images without permission in the Summer is Ours Too campaign.

Both have posted messages on their Twitter accounts censoring the use of their image without permission, as two other models have already done since the campaign’s launch.

FitzPatrick, in response to a post by the Women’s Institute, has claimed that her face was used and placed on the body of a single-breasted woman.

The model added that she has no breasts and that “she’s not happy” when her face “was put on with a body, as well as angry when the image was used without consent.” In addition, she asks the equality dependent body to explain which images were used for the campaign.

On the other hand, photographer Ami Barwell has pointed out that a photo from her ‘Mastectomy’ series was ‘stolen by the Spanish government and used in a derogatory way in this ‘advertisement”, adding that the image is ‘strictly protected by copyright’ and that neither the Women’s Institute nor Arte Mapache, author of the poster, have the right to use it.

OTHER MODELS HAVE ALREADY REPORTED USING THEIR PICTURE WITHOUT CONSENT

In addition to the criticism this Sunday, the British model Nyome Nicholas denounced last Thursday on her Instagram account that the Department of Equality used her image for the poster of the campaign without her consent to claim the diversity of bodies without resorts Summer.

“My image is being used by the Spanish government in a campaign, but they have not warned me or asked me to use it,” he denounced. “They could at least tag me,” he lamented.

In addition, British model Sian Green-Lord denounced this Friday that the Equality Department used her image without her consent and manipulated her body for the poster of the summer’s protest campaign against stereotypes about women.

Green-Lord explained in a video posted to Instagram that the cartel processed her body and removed the prosthetic leg she has been wearing since 2013 after she was hit by a cab in New York.

APOLOGIES FROM ART RACCOON AND THE WOMEN’S INSTITUTE

Subsequently, the poster’s illustrator, Arte Mapache, apologized in a series of messages on her Twitter profile for being inspired by photos of models for the campaign and also for having used an “unlicensed” font, according to the creator. .

“Following the legitimate controversy surrounding the image rights of the illustration, I reasoned that the best way to mitigate the harm my behavior might have caused is to distribute the benefit of this work equally to the protagonists of the poster and the purchase.” to distribute license of typography (I contact them to solve it as soon as possible). I made this poster for a price of 4,490 euros. It’s wrong that I calculated 84,000 euros,” explained Arte Mapache.

As he said, his intention was not to abuse the image of any of the protagonists, but to “transmit the inspiration” that these women represent to him.

For its part, the Women’s Institute apologized this Saturday for using the image of real models in the campaign “Summer is also ours” without consent.

This was stated on his Twitter account, where he clarified that “at no time” did they know they were real models. Because of this, the agency has indicated that they will resolve the issue with the poster’s author and will contact the models to resolve the issue.

With this initiative, the women’s institute wants to fight against “stereotypes” and against “aesthetic violence” that occurs on beaches, in swimming pools or in other places in summer.