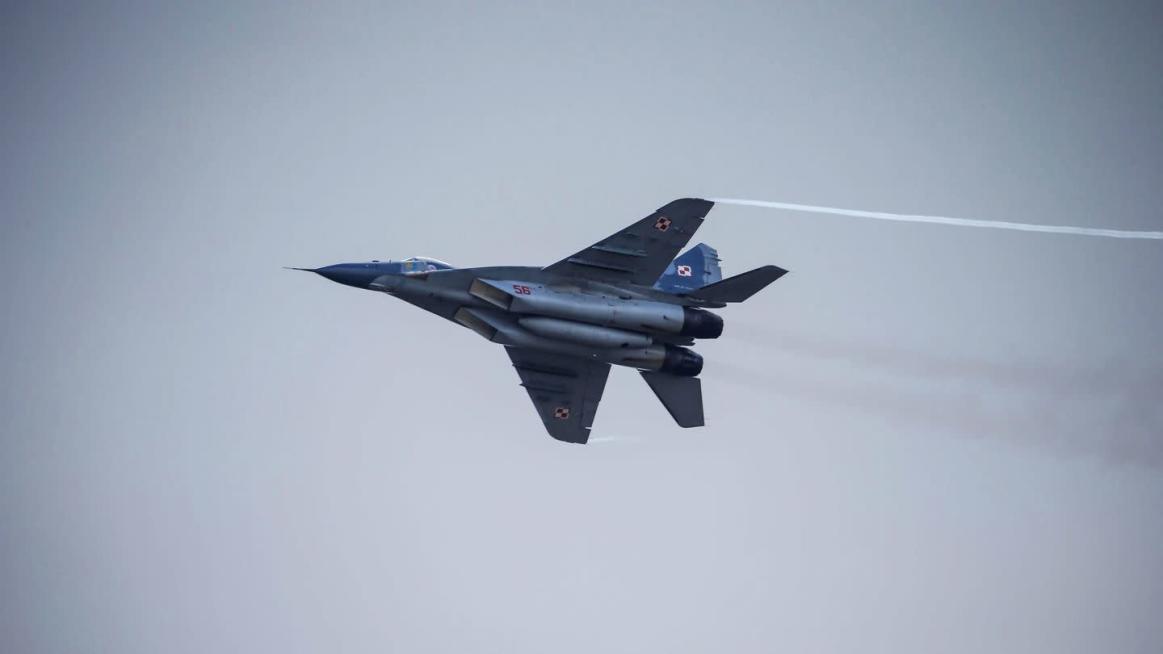 Warsaw (AP) – Western allies have all but ruled out NATO imposing a no-fly zone over Ukraine because of the threat of nuclear escalation.

Another demand from Ukraine is still up in the air: they want fighter jets like NATO’s MiG-29. A proposal from Poland raises questions and immediately generates agitation.

Where do the MiG-29 fighter jets come from?

According to various sources, Poland still has 28 MiG-29 combat aircraft developed in the Soviet Union, including 22 machines from NVA stocks. The Federal Republic of Germany leased these aircraft, which had been purchased from the GDR, to Poland on the basis of an agreement concluded in June 2003 for a symbolic amount of one euro.

Poland wanted to use the interceptor – the most powerful warplane of the Warsaw Pact during the Cold War – for its own defense or for foreign missions under the umbrella of the UN, OSCE or NATO, as it was called at the time. Germany and Poland agreed on rules for the whereabouts of the machines. The German standard for deliveries to other countries is that Berlin must approve the material that is passed on to subsequent buyers.

Why does Ukraine want the planes?

At the start of the war, Ukraine still had about 125 aircraft, including 37 MiG-29 jets. According to the Western military, the Russian strikes have largely destroyed the air force.

A delivery of operational MiG-29s is a no-brainer for Ukraine. Pilots are basically trained on the model, even if the machines have been modified to meet NATO standards.

Training pilots on an entirely new aircraft in the short term seems unrealistic. However, in a note verbale dated March 3, the Ukrainian embassy in Berlin asked the federal government to supply weapons systems, including “multi-role combat aircraft”.

Can NATO or its allies be drawn into the conflict?

Ukraine is a sovereign state with a democratically elected government and sovereignty over its own airspace. However, the Russian attack has created a reality in which NATO is desperate to avoid becoming a war party.

Arms deliveries alone do not justify this, several experts have said in recent days. Things could look different if the MiG-29s were deployed from Ramstein for combat missions or supplied from there.

Ultimately, it is how Russia reacts that counts. The Russian Foreign Ministry again warned on Monday about Western arms deliveries to Ukraine and the consequences for NATO. This could provoke a “catastrophic development of the situation not only in Ukraine, but also in NATO countries.”

Why Ramstein as a possible transfer location?

The Polish Foreign Ministry surprisingly announced Tuesday night that the government was ready to move all of its MiG-29s to the Ramstein US Air Force Base in Rhineland-Palatinate immediately and free of charge and make them available to the US. The US Air Force has its European headquarters in Ramstein, which is also the headquarters of a NATO air force command.

“Decisions on the delivery of offensive weapons must be taken unanimously at the level of the entire NATO,” said Poland’s Prime Minister Mateusz Morawiecki. Poland cannot take any independent steps because it is not involved in the war.

The NATO member state says it is reacting to US Secretary of State Antony Blinken. “We are currently actively analyzing the issue of planes that Poland could deliver to Ukraine,” said the head of US diplomacy in Moldova.

What did Poland intend with the advance?

In the current situation, it is always about increasing the pressure and the threat against Russia. In this sense, “strategic communication” can be detonated as a kind of bomb. However, according to the Polish statement, there are many indications of communication due to anger or rupture in the alliance.

Foreign Minister Olaf Scholz immediately rejected the proposal, saying on Wednesday that the specific steps “definitely do not include fighter jets.” The US Department of Defense previously described Poland’s surprising proposal as “untenable”, citing “difficult logistical challenges” and “serious concerns” about the geopolitical dimension.

“It’s just not clear to us whether there is a valid justification for the course of action proposed yesterday,” US Secretary of State Antony Blinken said in Washington at a joint press conference with his British colleague Liz Truss. Each government must decide for itself whether to transfer military equipment to Ukraine.

Jakub Kumoch, foreign policy adviser to Polish President Andrzej Duda, revealed on Wednesday what Poland is all about. The statements by Western politicians were “unfortunate”. They had to give explanations to the Ukrainian side, who thought that Poland would block. Kumoch said it was now clear: “The United States does not want these planes to land on American bases.”