A tidal wave destroyed Seville in the 3rd century 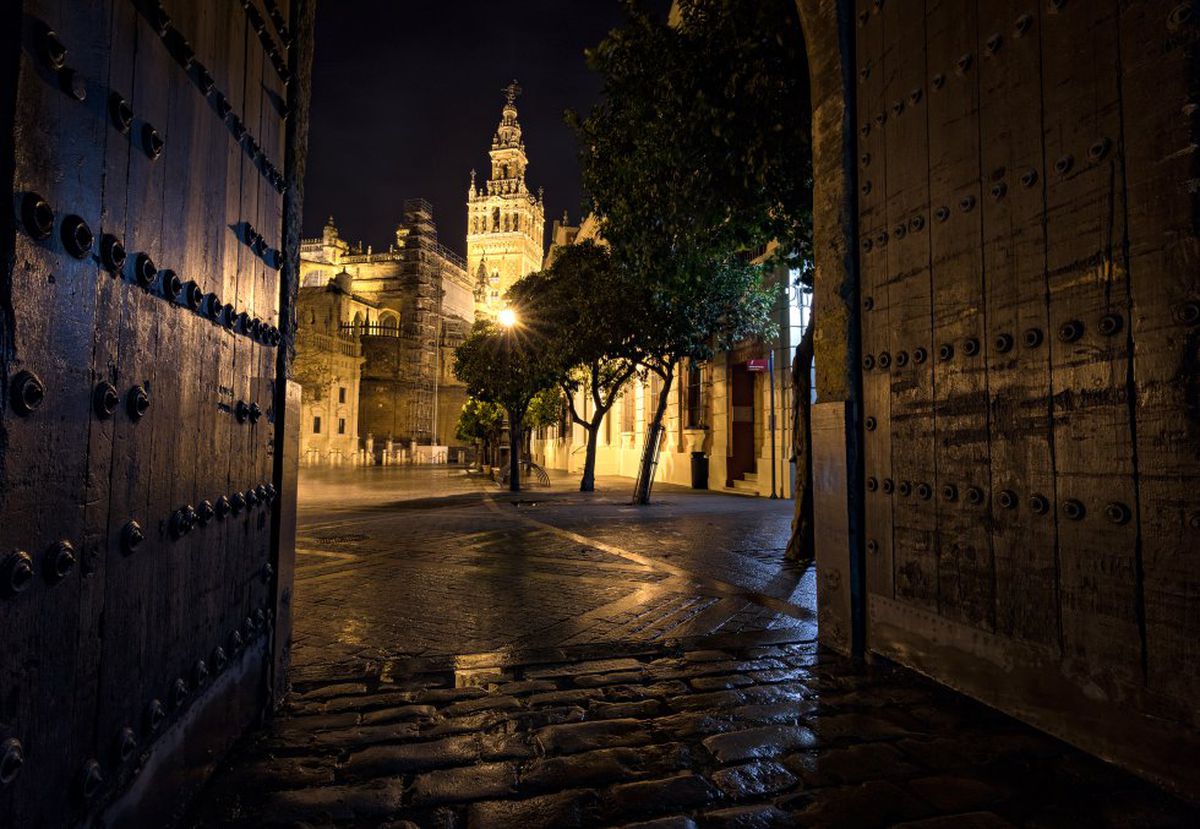 The report, signed by experts from the Universities of Jaen, Aix-Marseille (France), Granada, Seville, Huelva and Thuringia (Germany), recall that in the year 400 AD the Atlantic Ocean had created a lagoon at the mouth of the Guadalquivir, known in ancient times as Lacus Ligustinus. This bay was surrounded by three river corridors, one of which led directly to Híspalis. Through them passed medium-sized ships that could reach to Alcalá del Río (15 kilometers upstream from Seville), and which transported minerals, oil or wine. It is estimated that the port of Seville was large – more than a kilometer – and that it moved around 18,000 tons of products a year.

Between 2009 and 2014, an archaeological team began excavating the Patio de Banderas. “These works revealed an impressive urban stratigraphy between the 9th century B.C. C and XIII. But among all the finds, a very well preserved Roman public building stood out, built in opus africanum [ladrillo] during the late Republic (from 60 to 30 BC),” the report recalls. This was organized around a central courtyard, which had a columned gallery at its southern end. Experts identify it as a commercial and administrative space connected to the river port of Híspalis.

This first team analyzed the remains of the structure and concluded that it had been repaired several times during the Flavian period (late 1st century), but especially between 200 and 225 AD. C., when there was “a widespread collapse of the architectural remains”. And it was also found that most of the walls had been moved [por una fuerza exterior] always north-west. In fact, many of them collapsed and fell onto the sidewalks of the street. However, these specialists ruled out that it was a tsunami for two main reasons: because the reservoir is 6.70 meters above sea level and because the distance between Híspalis and the Lacus Ligustinus was almost 40 kilometers (currently 75 kilometers). I mean, to destroy this building, the tidal wave would have to be like the mother of all tidal waves.

The authors of the new report –Mario Gutierrez-RodriguezJosé N. Pérez-Asensio, Francisco José Martín Peinado, Enrique García Vargas, Miguel Angel TabalesAntonio Rodríguez Ramírez, Eduardo Mayoral Alfaro and Paul Goldberg― believed that an opinion based on a visual analysis of the remains was “not enough” and therefore conducted a multidisciplinary study in combination with macro- and micro-scale methods and techniques. They used carbon-14 dating, micromorphology, mineralogy, geochemistry, micropalaeontology, UV fluorescence microscopy, accelerator mass spectrometry, radiocarbon calibrator, and ceramics and materials studies, among others, to search for an answer.

They therefore began to analyze “a microlaminated deposit mixed with sand, beds of silt and copious fragments of shells”, but also with brick columns, several limestone ashlars, plaster and paint, a fluted column, fragmented marble from various Mediterranean quarries, an inscription and a complete one Marble votive relief typical of the cult of Isis. What is striking about the case, they soon discovered, was that “these materials did not belong to the building as it was constructed of limestone and brick”. On the contrary, the exogenous architectural elements were chemically transformed by a “high-energy event” that transported them to the building in the Patio de Banderas square, where they are trapped “due to the effects of the tidal wave”. The account calculates that this happened between the years 197 and 225.

Among the objects found was a seal inscribed IIAVRHERACLAE/ PATETFILFBAR AVR HERACLAE/PAT ET FIL / F BAR, made in a pottery workshop next to the Guadalquivir and owned by the emperors. Septimius Severus, Antoninus Caracalla and Geta. The inscription refers to the freed Aurelii Heraclae family who ran the workshops between 197 and 207, dates that agree exactly with dating of other ceramics found on the site.

Therefore, the study concludes by stating that the Patio de Banderas site “was created during an extreme wave event” and that the building acted as a trap for the architectural elements that the tsunami dragged inland. “With the dates we have and considering the distance from that point to the coast in Roman times [unos 40 kilómetros]we confirm that the probable origin of the deposit is the combined action of a violent storm that could have generated waves and currents in the Lacus Ligustinus sufficient to transport estuarine and marine fauna, together with intense rains and flooding from the Guadalquivir.

This could therefore be the answer to the two inscriptions from Écija showing that the province of Betica was exempt from paying taxes (immune provinces) between the years 245 and 253, although the causes are unknown. The editors of the study recall that this measure was mainly taken after a natural disaster. And now they think they already know what it was.

Previous articleFree instead of 4.19 euros: an entertaining point-and-click adventure for puzzle fans
Next articleNetflix loses nearly a million subscribers in the most recent quarter