A tax that equalizes the rich with the teachers in the United States… What is its history? 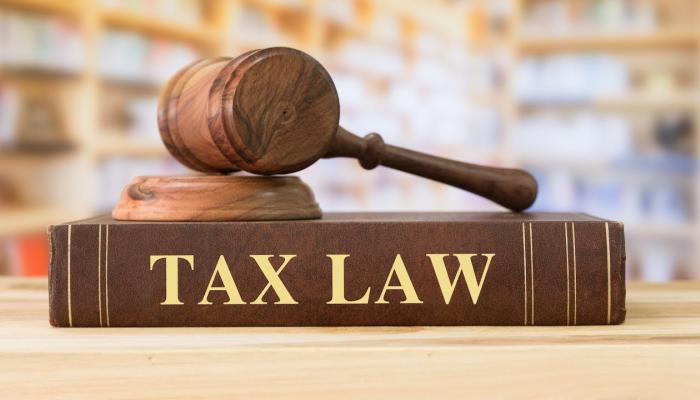 The Whites are close to announcing the details of the billionaire tax when they unveil the 2023 budget.

For many months, many of the rich Americans have been waiting for the details of that tax, whose momentum increased with the arrival of Joe Biden to the presidency of the United States of America in 2021.

The new tax proposal is part of Biden’s 2023 budget, which is expected to be released on Monday.

His new spending plan will cut $1.3 trillion of the deficit over the next decade, according to a document released by the White House.

Equality of the rich with the masters

The White House document, which was released Saturday, referenced some of the details of that tax, including how it is calculated and who is subject to it, which seemed clearer.

The document says the tax, called the “Billionaires’ Minimum Income Tax,” estimates a minimum tax rate of 20% for American families with incomes above $100 million.

“This minimum tax will ensure that the wealthiest Americans no longer pay a lower tax rate than teachers and firefighters,” the document adds, according to the CNBC website.

The proposed tax is expected to reduce the deficit by about $360 billion over the next decade, according to the document.

And in fiscal year 2021, the federal deficit reached almost $2.8 trillion, about $360 billion less than in 2020, according to the Congressional Budget Office.

And it contributed to the rapid economic recovery after registering low levels due to the reduction of the deficit. The White House credited the US bailout, designed to support relief for Americans struggling during the Covid crisis, for helping the economy grow 5.7% in 2021.

Biden has long favored higher taxes on the wealthiest Americans, but the White House has yet to come up with a tax plan tailored to billionaires.

Notably, all previous efforts to tax billionaires have floundered amid high political winds, and it’s unclear whether Manchin and Sen. Kirsten Senema (D-Arizona) will agree to the plan, according to the Washington Post.

And many billionaires can pay much lower tax rates than the average American because the federal government doesn’t tax the increase in the value of their properties until those assets are sold.

Billionaires can also borrow against their accumulated earnings with no capital gains tax, allowing for massive wealth accumulation with almost no taxes from the federal government.

The White House Office of Management and Budget and the Council of Economic Advisers estimated this fall that 400 billionaire families paid an average federal tax rate of just over 8 percent of their income between 2010 and 2018. This rate is lower than the rate paid by millions of Americans.

The White House plan would require billionaires to pay a tax rate of at least 20 percent on their total income, or a combination of traditional forms of wage income and any unrealized gains they may have earned, such as increased wages. share prices.

The outcry against low tax rates for the financial elite has become a major bright spot in American politics, particularly after Liberal Democrats in the 2020 presidential election sought to address wealth inequality by targeting billionaires.

Although the new tax law has been finalized, there are implementation difficulties that the imposition of this law may face if it is approved.

Treasury Secretary Janet L. Yellen said last year that the wealth tax that would apply to the wealthy was “something with very difficult implementation problems.” Natasha Sarin, a Treasury Department adviser on tax policy and compliance, wrote an op-ed for the Washington Post arguing that an estate tax would be a “revenue estimation puzzle.”

The idea of ​​an estate tax has also gained traction since Biden’s election, as Democrats looked for ways to fund his broad social and climate policy agenda and make sure the wealthiest Americans pay their fair share, but Democrats moderates, including Senator Kirsten Senema of Arizona. , have refused to increase the tax rate. Corporations should raise the top marginal income tax rate from 37% to 39.6%, leaving the party with few options to raise revenue.

Sen. Joe Manchin III, a Democrat from West Virginia, criticized the idea of ​​taxing billionaires after Wyden’s proposal surfaced, though Manchin has since suggested he might support some sort of tax on billionaires.

The same has happened with top officials in the Biden administration who have expressed skepticism about estate taxes in the past.

Legal questions about such a tax abound, particularly about the constitutionality of taxing wealth, not income.

And if Congress passes a wealth tax, there is speculation that wealthy Americans could legally challenge these efforts.

Steven M. Rosenthal, a senior fellow at the Center for Tax Policy, said the White House proposal raises complex questions about how taxpayers and the Internal Revenue Service assess the value of unlisted assets and how to handle investments. who lose money.

He said the proposed tax would be constitutionally “suspect,” particularly given the right-wing composition of the Supreme Court, the New York Times reported.

Last January, a group of more than 100 of the world’s richest people called on governments to make them pay more taxes.

The group, called “Patriotic Millionaires”, said the wealthy were under no pressure to pay their share to recover the global economy from the coronavirus pandemic.

“As millionaires, we know that the current tax system is not fair,” they said in an open letter.

Signatories to the application include Disney heiress Abigail Disney, as well as American businessman Nick Hanauer, who was an early investor in online retail giant Amazon.