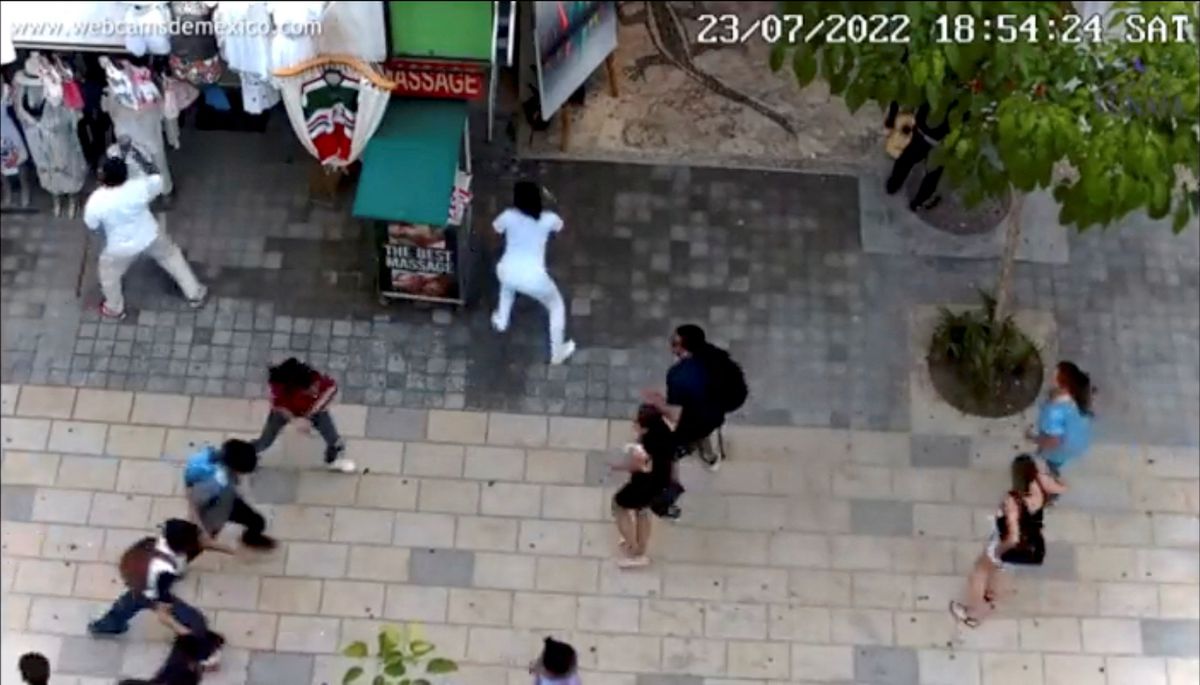 A shooting in the liveliest area of ​​Playa del Carmen (Quintana Roo) in the Mexican Caribbean has terrified dozens of tourists. Security cameras at a hotel on Fifth Avenue, one of the busiest areas for domestic and international tourists, caused panic among visitors passing through the area.

According to reports from the Solidaridad Metropolitan Police, the shots were fired between Calle 1 and Calle 14 on popular Fifth Avenue. The first report reported three people injured by gunfire who are currently stable and out of danger.

In a swift intervention, police officers from the Public Security Secretariat and the Urban Solidarity Transport arrested 7 people after a report of firearms detonations in the Centro neighborhood. https://t.co/Cr9lAr8rl2 pic.twitter.com/CAVGV9CWiB

The state of Quintana Roo is experiencing moments of extreme tension following multiple arrests of drug traffickers in recent days. Last Friday, July 22, the Quintana Roo prosecutor’s office reported the dissolution of an alleged criminal cell belonging to the Gulf cartel, which led to the arrest of 26 people in the Solidaridad municipality.

Among those arrested is the organization’s leader, known as “El Rizos,” who, according to Quintana Roo prosecutor Óscar Montes de Oca, is accused of drug trafficking, extortion and murder in the Solidaridad community.

Previous articleSamsung Galaxy Z Flip 4: no other manufacturer has offered so many choices
Next article‘Titanic’ actor dies