A shocking confession from Ancelotti after the ‘Clásico’ scandal 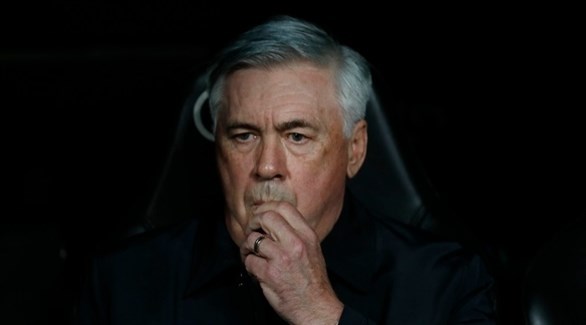 Real Madrid’s Italian coach, Carlo Ancelotti, admitted that he made a mistake in his plan in the El Clásico match that he lost last night against Barcelona at the Santago Bernabéu with a big score of 4, and that he bears the responsibility for that defeat.

Ancelotti said: “The plan was not good and it didn’t go well, I didn’t set up the squad well to win the match. Barcelona were better and deserved to win, I have no problem taking responsibility for the loss because I made a mistake.” in this match.”

“I don’t want to dramatize the matter, but this defeat is very painful for us because we know how important that match against Barcelona is, especially for the fans. We are very sorry, but we must continue. and recover victories, train well and be calm and stable. This defeat hurts us, but we are moving away. “We are nine points behind the second classified and we have to continue”.

Ancelotti didn’t want to find excuses for that defeat: “The players were very excited to play the game, but the plan didn’t work out. We have to accept this defeat that suffocates us, but we have to be calm”.

On Barcelona player Pierre Aubameyang’s strong intervention on Toni Kroos, in which he did not receive any cards, he said: “I don’t understand that. I don’t want to get into those discussions. That will mean looking for excuses and I don’t want to make them.”

He admitted: “We played very badly, the plan was bad and we still have time to recover and prepare the last meters of the season to win titles. We are nine points from the top of the League and we are in the quarterfinals of the ‘Champions League’. I apologize a lot for the defeat, I’m very sad but we have to regain balance.”

The coach thanked the fans for not making fun of the players for their poor performance in the match: “The fans were very close to us even in the defeat. Understanding that the match was not good. Nobody knows what is going to happen in these two months of the season but the international break will help us to clean up the sheets, recover and think about winning the next game. I may be wrong once, but not twice”.