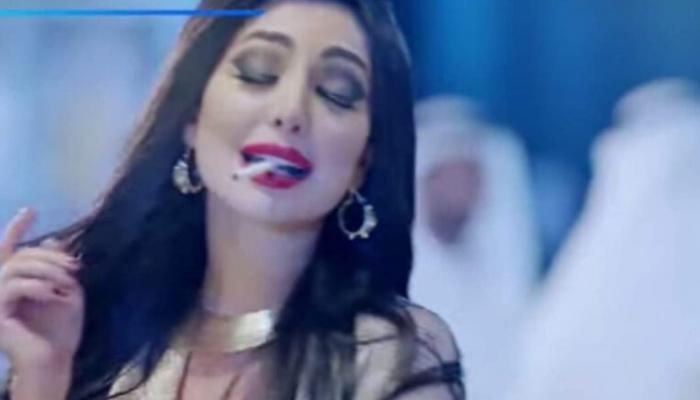 “From Haram Street to” a Kuwaiti series that entered among the popular topics in the Gulf and Egypt, after the release of the teaser of the work that will be shown in Ramadan 2022.

Saudi VIP platform Shahid released the teaser for the series “From Al Haram To Street” on Saturday, March 19, which is scheduled to be shown in the Ramadan 2022 series in a few days.

The series caused a stir on social media and angered a large segment of Egyptians, who demanded that his show be stopped and accused him of abusing Egyptian women.

The ad features a family with many social problems, including the Kuwaiti-based Egyptian artist Nour Al-Ghandour, who plays the role of the dancer in a single shot in which she asks some of the men around her if one of their they carry a “lighter” to light their “cigarette”.

The events of the series begin with the end of Qutaiba’s wedding, and the party dancer is forced to stay at his mother’s house because he cannot return to the country and is trying to control the house cunningly.

An account under the name “Wissam” said, “It’s our brothers who stand up for women, what’s their position in the Haram Street series… Look, say something, and the series doesn’t raise the status of women.” .

While the “Salem” account read, “Hey folks, take your time, it’s a whole series, and I don’t know what its story is. What’s the fighting for?”