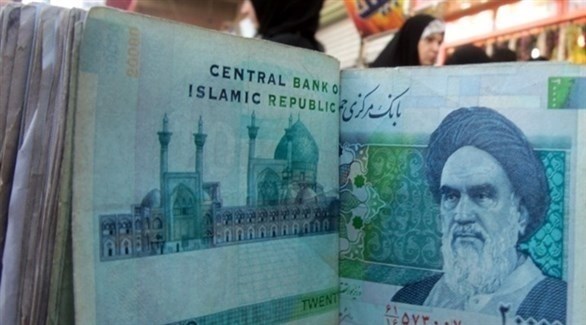 The Wall Street Journal reports that Iran has established an underground banking and financial system to handle tens of billions of dollars in annual trade prohibited under US-led sanctions, allowing Tehran to resist the economic blockade and give it influence in the multilateral nuclear talks.

Some of the proceeds are smuggled into Iran via couriers carrying cash drawn from the company’s proxy accounts abroad.

Western diplomats and intelligence officials said the system, which consists of accounts in foreign commercial banks, proxy companies registered outside the country, companies that coordinate illicit trade and a clearinghouse for transactions inside Iran, has helped Tehran resist pressure from the Biden administration to join the 2015 nuclear deal and buy time to move forward with its nuclear program even while negotiations are ongoing.

Officials say they are close to a deal, and the release of Britons of Iranian descent in recent days suggests a possible deal within days.

trade promotion
Years of sanctions have crippled Iran’s economy and caused the rial to collapse. But the ability to boost trade to pre-sanction levels has helped the economy recover after three years of deflation, easing domestic political pressure and bolstering Tehran’s negotiating position, officials and some analysts say.

Iran’s success in circumventing trade and financial embargoes, visible in trade data and confirmed by Western diplomats and intelligence officials, shows the limits of global financial sanctions at a time when the United States and the European Union have sought to use its economic power to punish Russia. for invading Ukraine.

Russia
The United States and the European Union have banned major Russian banks from trading in dollars and euros and froze the foreign assets of the Russian Central Bank. As a result, the ruble has lost 13% of its value against the dollar since the February 24 invasion. At the same time, the Biden administration has sought Russia’s cooperation in rounds of talks in Vienna aimed at reviving the deal.

secret banking system
According to Western documents and officials, the underground banking system works as follows: Iranian banks serving companies prohibited from exporting or importing by US sanctions employ subsidiaries in Iran to manage sanctioned trade on their behalf. These companies establish branches outside the borders of Iran to act as agents for Iranian merchants. The agents trade with foreign buyers of Iranian oil and other commodities, or sellers of goods, in dollars, euros or other foreign currencies through accounts opened in foreign banks.

Some of the proceeds are smuggled into Iran through couriers carrying cash drawn from the company’s overseas proxy accounts, according to some officials. Western officials say large sums remain in offshore bank accounts. Iranian importers and exporters trade in foreign currency with each other on account books kept in Iran, according to the Central Bank of Iran.