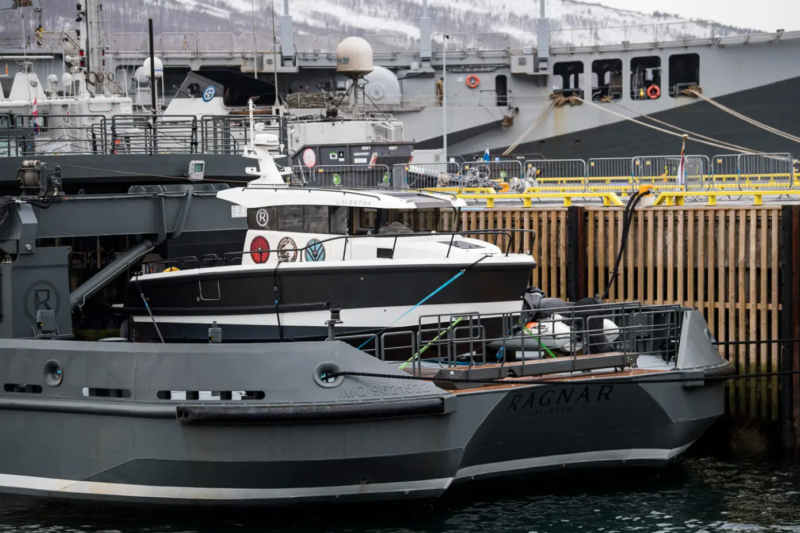 A Russian oligarch’s superyacht is stranded in Norway. Local companies refuse to refuel the ship, leaving the crew stranded. And what does the crew do? The men catch fish from the water and grill them. The captain of the ship tells the American newspaper Wall Street Journal.

The ship “Ragnar” is believed to belong to Vladimir Strzhalkovsky, a former KGB agent. He has ties to Russian President Vladimir Putin.

The Ragnar, which is worth $85 million according to online platform SuperYacht Fan, has been moored in the port of Narvik, Norway, for more than a month. Fuel suppliers refuse to do business with Strzhalkovsky.

Strzhalkovsky is not among the Russian oligarchs targeted by Western sanctions, but Norwegian fuel suppliers told Norwegian public broadcaster NRK last week that they do not want to support Russian-affiliated companies.

The United States, the United Kingdom and the European Union have imposed sanctions on oligarchs believed to be close to Putin, leading to the seizure of yachts and private planes.

In some countries, people have protested against Russian products and companies that are not sanctioned. This month, UK longshoremen refused to clear shipments of Russian natural gas, despite UK sanctions allowing the goods to be imported at the time.

With no one ready to refuel the ship and the Ragnar’s crew with nowhere to go, they grilled freshly caught cod, Rob Lancaster, the yacht’s captain, told The Wall Street Journal.

“We didn’t understand why there was such a fuss about us,” Lancaster told the Journal. “It happened so fast.”

Lancaster told NRK last week that the 16 crew members on board were from Western countries and “have nothing to do with the owner of the ship”.

Although the Ragnar is not subject to sanctions, the oligarchs have already confiscated several yachts in Europe. A yacht valued at $75 million owned by Russian businessman Dmitri Pumpyansky was seized Monday after she docked in Gibraltar, the local government told Business Insider.