A reforestation company admits it caused the Ateca fire that lost 14,000 hectares 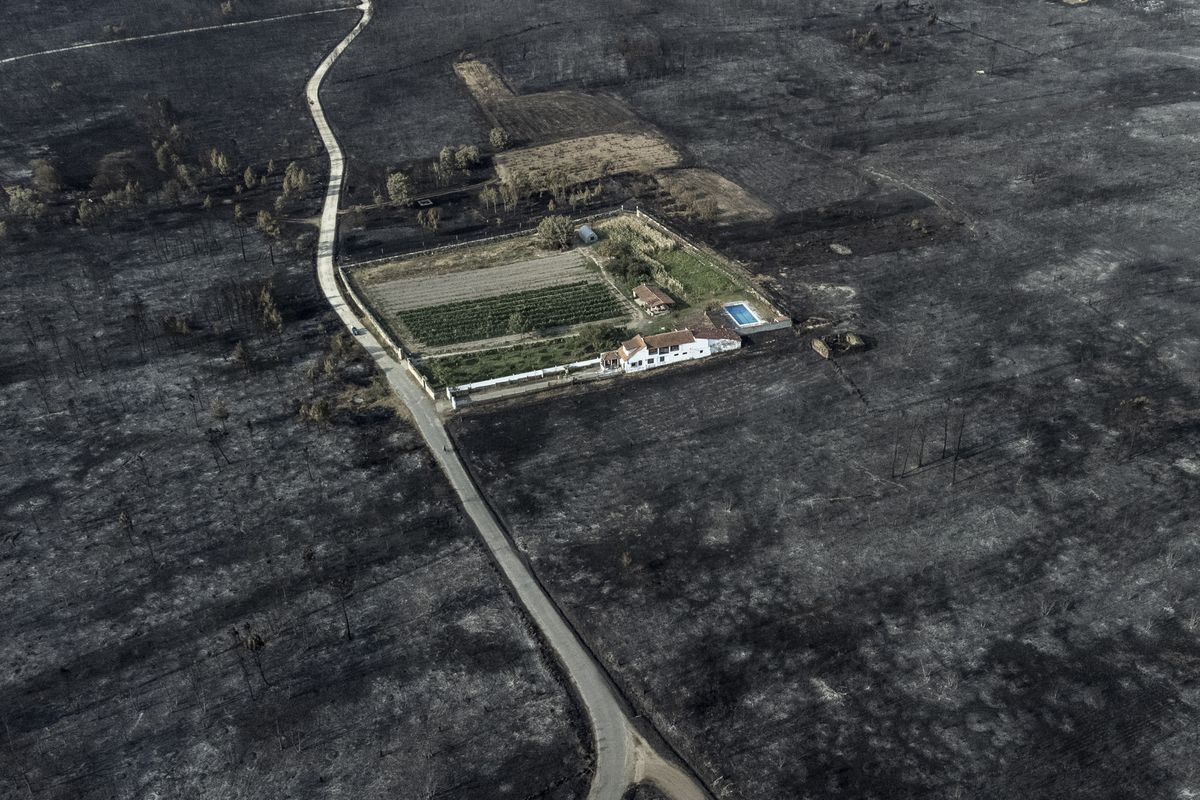 The general situation of the fires affecting much of Spain has led to a ceasefire this Thursday. In the worst fires in Galicia – the one that affects the municipalities of Vilamor (Folgoso do Courel) and Saa (A Pobra do Brollón), both in Lugo, and that according to the balance sheet of Ministry of Rural Environment of the Xunta – this Thursday the flames that have damaged the Courel Mountains UNESCO Geopark in recent days have stopped advancing and work is being done to prevent the spread of eruptions. One of the worst fires of the month, which has devastated 14,000 hectares in the Aragonese city of Ateca, started during reforestation work at a farm by a specialist company, the company itself acknowledged in a statement.

The fire, one of the largest in Galician history, occurred after the merger of four independent sources and reaches risk level two, the second highest on a scale of four, as it threatens the nuclei of Parada de los Montes and Carballal (Folgoso). and Busto (A Pobra do Brollón). Also in Lugo, this fire is added to that which has devastated 1,100 hectares in Seceda, another municipality of Folgoso, which threatens the population center of Gamiz and which was also still active in the early afternoon of this Thursday.

In Ourense, the Carballeda de Valdehorras fire has claimed 10,500 hectares of burnt land and remains at risk level 2 due to its proximity to the Candeda core. In addition, it affects the Serra da Enciña da Lastra Natural Park. The Vilariño de Conso fires (5,200 hectares burned) affecting the Invernadeiro Natural Area and the Oímbra fire (1,800 hectares damaged) are also still active. The Xunta announced this Thursday that it would pay up to 122,000 euros for the loss of habitual residence and up to 61,200 euros if it is a second home. Galician President Alfonso Rueda has pointed out that the origin of many fires lies in an “anomalous” situation of dry storms and lightning.

A company dedicated to reforestation admitted to be the indirect cause of the fire of Ateca (Aragon), which charred 14,000 hectares. Land Life hired a local company to dig holes where seedlings will be placed as early as winter, as detailed in a statement this Thursday, which did not specify exactly how the fire started and highlighted that it was the Operators hired these to alert emergency services that a fire had broken out. The situation of the fire, which is still active and has destroyed 14,000 hectares, has made it possible to reopen this Thursday all the roads that were cut this Wednesday, such as the A-2, although this does not mean that residents of the towns of Moros, Villalenguga, Castejón de las Armas, Bubierca and Alhama de Aragón, because the forecast of high temperatures, to which some wind is added, raises fears that it will be activated again.

Meanwhile, in Castilla y León, the Losacio (Zamora) fire, which burned 2,000 hectares in just one hour, was stabilized this Thursday. A calculation based on preliminary data from the Copernicus system assumes that the area burned could reach 36,000 hectares, they say John Navarro, making it the largest fire in history, over the 34,290 of the Minas de Riotinto (Huelva) fire in 2004. Displaced residents of the area have already been able to return to their homes. The businessman, who tried to create a firebreak in Tábara with his own machines and was engulfed in the flames, is still being hospitalized this Thursday in critical condition and with burns on 80% of his body, Tábara Health Ministry sources said with B. the Junta de Castilla y León. Secretary of Defense Margarita Robles went to the command post this Thursday to speak to firefighters and residents in the region.

The fire is still active in Cebreros (Ávila), where 4,400 hectares have already burned, and this Thursday nearly 300 people, supported by 17 aircraft, continued to work to stabilize the fire. The prospects for achieving this are “optimal”, barring changes in winds, Castilla y León environment minister Juan Carlos Suárez-Quiñones has indicated. Residents of El Hoyo de Pinares (population 2,136) have been evicted since Monday, 90 of whom – out of the original 300 – are still housed in the temporary shelter set up in the nearby town of Las Navas del Marqués. Of particular concern in León are the herds of Montes de Valdueza in El Bierzo, at risk level two, whose western front continues to advance, albeit slowly; and also that of Puente de Domingo Pérez, which is also uncontrolled.

In Tenerife, the fire, which is spreading through Los Realejos and San Juan de la Rambla, remains “small” in size but “with a lot of potential to spread,” said Canary Islands government spokesman Julio Pérez. This Thursday. With a circumference of five kilometers, it affected 110 hectares of forest and pine forest.

Forest fires have already destroyed 517,881 hectares in the European Union since the beginning of the year, a number that already exceeds the total area burned in 2021, according to the European Forest Fire Information System (EFFIS) in a report published this Thursday with up to July 16 updated data. In 2021, a year with major fires in Italy and Greece, 470,359 hectares (4,700 square kilometers) burned across EU countries, according to data from EFFIS. In recent years, the worst was 2017, with almost a million hectares charred: 988,087.

Previous articleEngaged for 4 years: This is why the marriage of Izabel Goulart with Kevin Trapp is suspended
Next articleHundreds of tractors blockade Jaén because of the PAC’s “offences” and the cost of production