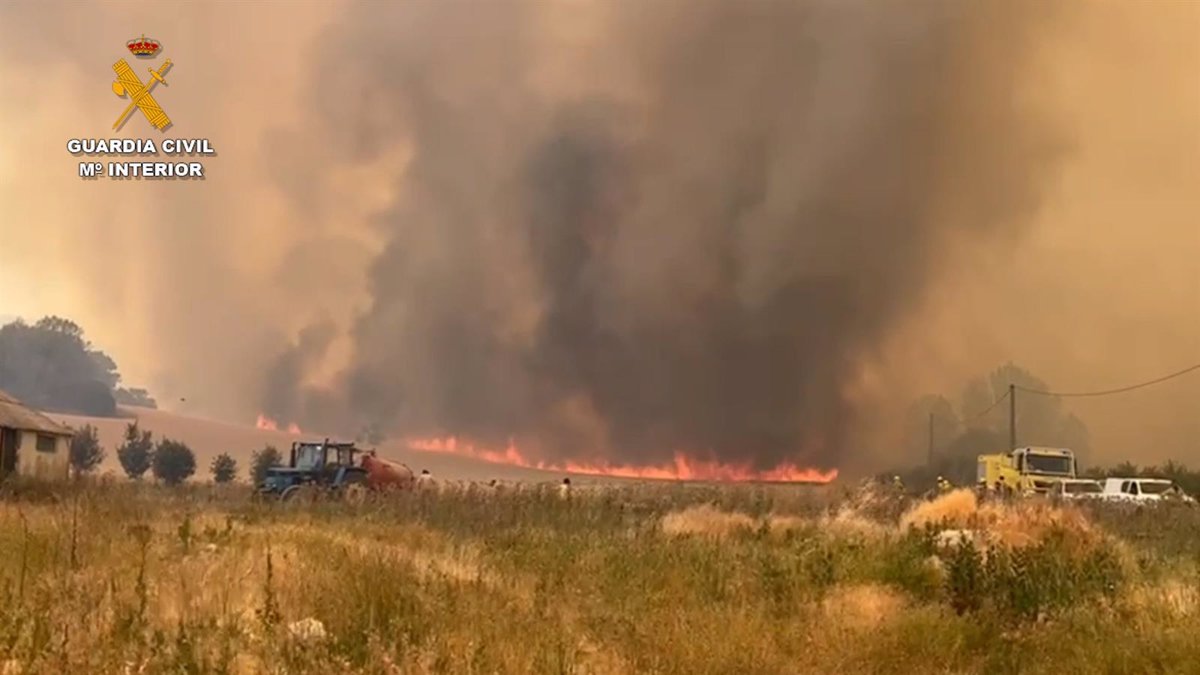 The Guardia Civil has arrested a 47-year-old man as the suspected perpetrator of the level 2 forest fire in Sabinares del Arlanza (Burgos), which would have been caused by “gross negligence” in the use of a combine harvester, “everything indicates that it is outside the hours allowed,” they state from the Armed Institute.

This fire started in the afternoon of this Sunday, July 24, and to date has affected more than 3,000 hectares of mountains, trees and crops in the Sabinares del Arlanza region of Burgos, in addition to material damage to houses in various locations.

In addition, the flames led to the evacuation and displacement of 900 people from Santibáñez del Val, Santo Domingo de Silos, Villanueva de Carazo, Carazo and Hacinas.

According to the same sources, the Nature Conservation Service of the Burgos Commando took over the investigation to find out the possible origin and causes of the fire, and according to the information gathered during the technical eye inspection carried out in the area and the “numerous interviews” with neighbors carried out, everything indicates that the fire started after 12:00 in a grain yard where agricultural work was being carried out.

According to what is known so far, there appears to have been “serious negligence” on the part of the detainee, since during the window in which the events took place, work related to the harvest was prohibited by the Junta de Castilla y León, which due to the acute fire risk situation between 12: 00 and 19:00 requires a stop.

The Civil Guard specifies that the investigation is still open, “since the possible involvement of other people in the events is not excluded”. The ordered procedure is served on the court of Lerma in Burgos.