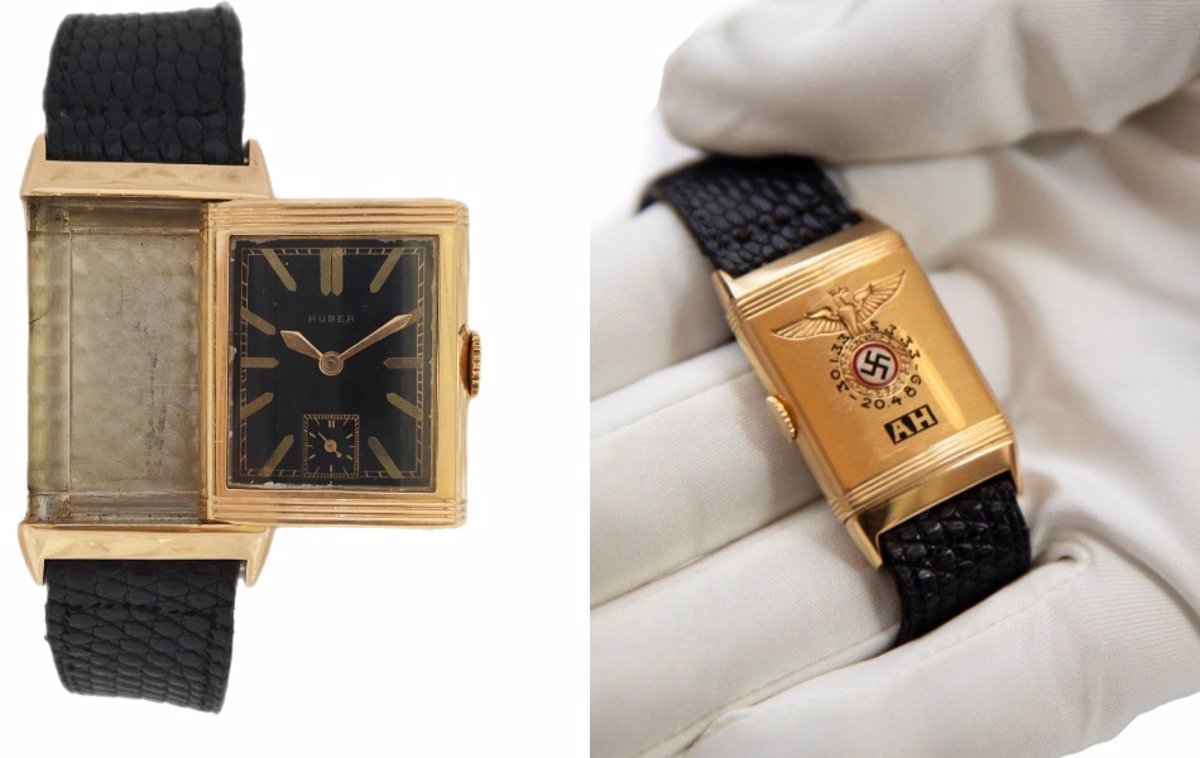 A gold wristwatch belonging to German dictator Adolf Hitler has been auctioned for almost £1million, despite criticism from Jewish leaders.

The watch, richly decorated with the swastika and eagle symbols of Nazi Germany, also bears the initials AH engraved according to the dictator, and was acquired by a buyer whose identity has not been disclosed.

American auction house Alexander Historical Auctions has defended the sale and the need to preserve history. According to the auction sheet itself, the watch was given to Hitler for his birthday in 1933, the year he was appointed Chancellor of Germany amid a turbulent political crisis.

The watch was captured as “spoils of war” when about thirty French soldiers took over Hitler’s retirement home at Berghof in the Bavarian mountains. It was later resold and has been in the same family for several generations.

The same lot sold Wehrmacht or Bundeswehr toilet paper, cutlery and champagne glasses from Nazi leaders and items from Hitler’s partner Eva Braun, including a dog collar from his terrier, richly decorated with swastikas.

A total of 34 Jewish leaders have signed a public letter criticizing the auction, which they have described as “abhorrent”.

“This auction, unwittingly or unwittingly, helps those who idealize what the Nazi Party stood for and offers buyers the opportunity to give a guest or loved one an object that belonged to a genocide killer or his followers,” said the President of the European Jewish Association, Rabbi Menachem Margolin quoted by the Sky News chain.

“It is clear that the lessons of history must be learned, but Nazi objects must be in a museum (…) and not sold to the highest bidder, using memories, suffering and pain to gain advantage”, he added.

- Advertisement -
Share
Facebook
Twitter
Pinterest
WhatsApp
Previous articleThe price of electricity will fall by 11.9% this Sunday and will be below 200 euros/MWh
Next articleGranados (PSOE): “Which patriot is Feijóo if he embraces the electronics companies and the bank?”