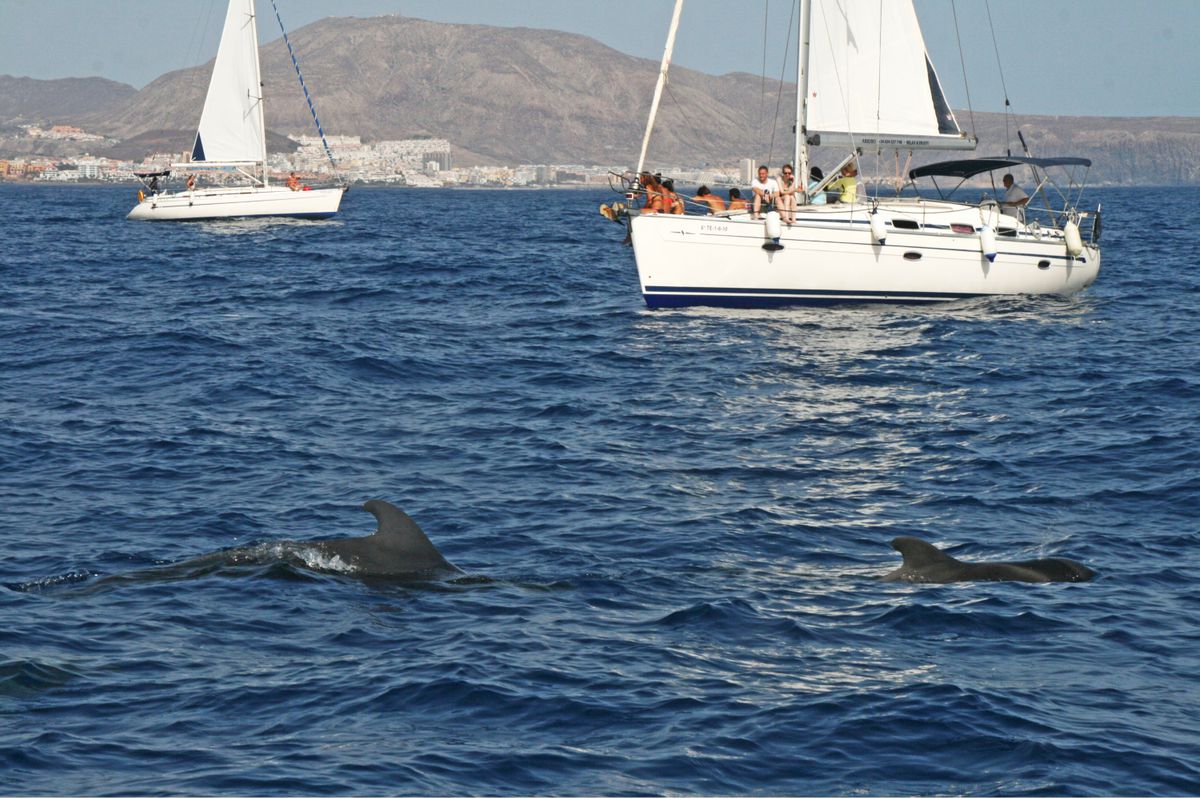 The privileged geographical location of the Canary Islands, near the African coast and the Tropic of Cancer, gives them one of the best climates in the world and a large collection of ecosystems. Its waters are populated by innumerable marine species, among which no less than 28 species of whales attract attention.

Whales, Sperm Whales, Dolphins, Humpback Whales, Pilot Whales… archipelago It is the most visited place in Europe to see whales in the wild and the only one in Spain where you can see pilot whales, Atlantic spotted dolphins or tropical whales. It’s one of the few places on the planet where you can see up to nine different species in a single day. In the archipelago there are numerous sea spots to watch whales: the south of Gran Canaria, Los Gigantes (Tenerife) or La Restinga (El Hierro) are just some of the most outstanding.

The welfare of the whales, the most important thing

Claiming this incredible wealth of fauna, varied and numerous, going out to sea to observe dolphins, cetaceans and other cetaceans is one of the most popular activities for tourists visiting the Canary Islands. For this reason, it is also a challenge to enjoy the great spectacle of nature while having as little influence as possible on its vital processes and, of course, on its ecosystems.

To guarantee responsible and respectful tourism with the marine life and its ecosystem, a yellow flag with the logo blue boat Waves in the boats offering the whale watching service. The flag certifies that the safety regulations on board are observed. For example, it is not allowed to feed or bathe them during the crossing, and the minimum safety distance must always be 60 meters. Common sense guidelines to respect the freedom and tranquility of sea creatures.

The boats, known as “Blue Boats”, guarantee responsible tourism: do not feed or bathe with whales, approach slowly or avoid sudden maneuvers are some of their rules

They aren’t the only safety regulations that the Blue boats: Making slow approaches, not spending more than half an hour with the whales, leaving the site when there is a concentration of boats, or avoiding sudden maneuvers in navigation are some of them. Tourists also have their responsibilities: they must not make excessive noise or throw objects into the water and they must follow all guidelines posted on board a blue boat.

However, these measures do not imply a ban or restriction. On the contrary, they represent a call for care and the regulation of activity to achieve a middle ground. As Jiménez points out, “Because it is a tourist activity that has a lot of awareness and awareness, it is very important to get closer to them, and in that sense it is very educational.”

The main task of the researchers

For this task, the contribution of the researchers is essential, as they help shape the various action plans for the protection of cetaceans. They are the ones who know the populations and their locations, their migration routes, their behavior…

The Canary Islands are an ideal laboratory for the study and conservation of these marine mammals. There are several Natura 2000 Network Special Areas of Conservation (ZEC) on the archipelago and various regional, national and European laws and agreements protect these species, which are easily accessible due to their proximity to the coast. Some of them are rare and little known in other latitudes. It’s about combining the interest and fascination whales inspire in visitors with respect for their welfare and concern for the environment in which they live. Binoculars won’t hurt them, but shouting and inappropriate maneuvers will.

If you want to know more curiosities about the Canary Islands, click here.

This content sponsored by Turismo de Islas Canarias is co-financed by the European Regional Development Fund.