A nutrition expert reveals what you should keep in your hands 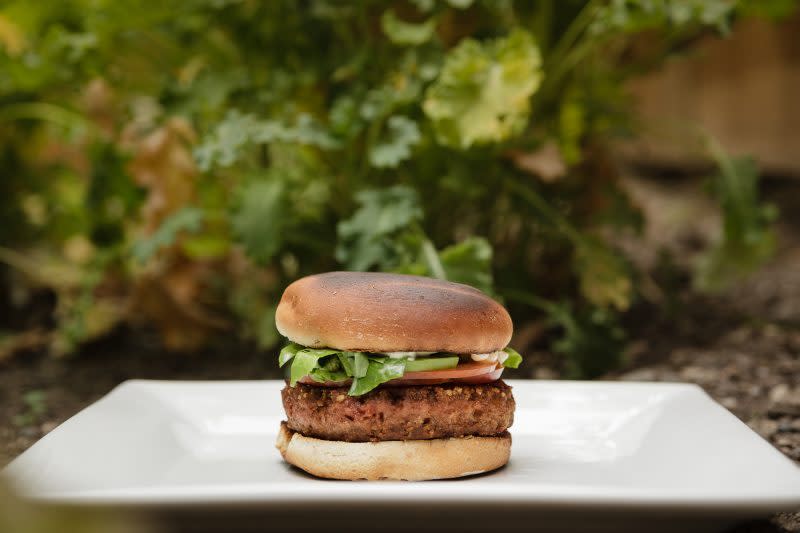 Lots of fresh fruit and vegetables, whole grain products, meat, sausages or eggs in moderation – that’s what a healthy diet looks like. Anyone who also cooks food, consciously plans meals and tries to eat healthily even with little money, has good nutritional skills by definition.

A study by the Federal Association AOK showed that this is not particularly pronounced in Germany. The finding: More than half of Germans lack knowledge of healthy nutrition. There is a big problem, especially with the younger ones. Only 37 percent of young people between the ages of 18 and 24 showed that they were well versed in healthy eating. Respondents also had particular difficulties choosing the right product. Some 72 percent said they lack the tools to identify healthy foods.

“There is often little interest,” says book author and nutrition expert Christian Wenzel. In addition, there is a lot of comfort and stressful everyday life, which often makes healthy eating difficult. There is a sandwich for breakfast and a fast food for lunch. Then there are some vegetables in there. But also sugar, binders, flavor enhancers, preservatives and aromas.

If you want to eat healthily, you should make sure to consume untreated products that come from organic farming whenever possible. This means that the vegetables have not been genetically treated, nor have chemical-synthetic pesticides been used. You can recognize such foods, for example, by the EU organic seal. Agricultural associations such as Bioland, Naturland or Demeter, which Wenzel also recommends, offer even higher standards. A quick Thai curry can be easily cooked with vegetables. Or you spice it up with quinoa, buckwheat, or brown rice and turn it into a healthy bowl you can take to the office the next day.

Broccoli is the superstar

By the way, one of nutrition expert Christian Wenzel’s favorite vegetables is broccoli. Green vegetables contain a lot of protein and other important nutrients such as potassium, folic acid, vitamin A and vitamin C. “These are all substances that our body urgently needs.”

On the other hand, according to Wenzel, you have to be careful with soy-based dishes, which often replace meat in a vegetarian or vegan diet. “Classic soy products aren’t always healthy in my opinion,” he says. These are not fermented products like miso paste or tempeh, but products like tofu or soy milk.

Scientific opinions on the effects of soy differ. The truth is that beans contain valuable vitamins, minerals and trace elements. Due to the high protein content, legumes are particularly popular with vegetarians and vegans.

Substances that resemble our sex hormones are controversial

The so-called isoflavones contained in soy are controversial. Because these are similar to the sex hormone estrogen. Therefore, it is being discussed whether legumes can promote breast cancer. Animal experiments have shown that isoflavones may have carcinogenic and cell-protective effects. However, looking at the overall picture, studies to date do not indicate that soy isoflavones worsen the prognosis of breast cancer patients. For this reason, the German Cancer Research Center considers a moderate consumption of soy safe. Therefore, in moderation, these products can contribute to a healthy diet. However, the Federal Institute for Risk Research advises against feeding infants or young children soy milk.

If you eat soy products, you should definitely pay attention to organic cultivation and origin from Europe. In Latin America in particular, large areas of rainforest are being cleared for soy cultivation. However, legumes from countries like Brazil are mainly used for animal feed. A vegan diet contributes less to deforestation than one with animal products.

Finished products, such as vegetarian sausages or minced meat, often contain a lot of sugar, salt, and flavor enhancers. The proportion of fat in the meat substitute is often not less than that of a conventional steak. What the nutrition expert advises against in any case are vegan burgers like Beyond Meat Pattys. “I prefer to eat a nice piece of meat once a week that comes from an organic farm,” says Wenzel, who also eats vegan food.

Ethically, the hamburger has a clear advantage because animal suffering can be avoided. But it is not healthy and sustainable. With 21 ingredients, the burger is quite a processed product. Ökotest rates Beyond Meat as sufficient. The criticism: Experts have shown in the laboratory that there are much higher amounts of mineral oil components. In addition, the unnecessary use of flavor-enhancing yeast extract has been criticized.

If you’re looking for an alternative to soy, Wenzel recommends using local produce like lupins. “This is the perfect alternative,” says the nutrition expert. The legume has as much protein as soybeans and is grown regionally in Germany. Because Wenzel is so convinced of lupine, he has written a cookbook with recipes. He revealed five of them to Business Insider, you can find them in the image gallery below.